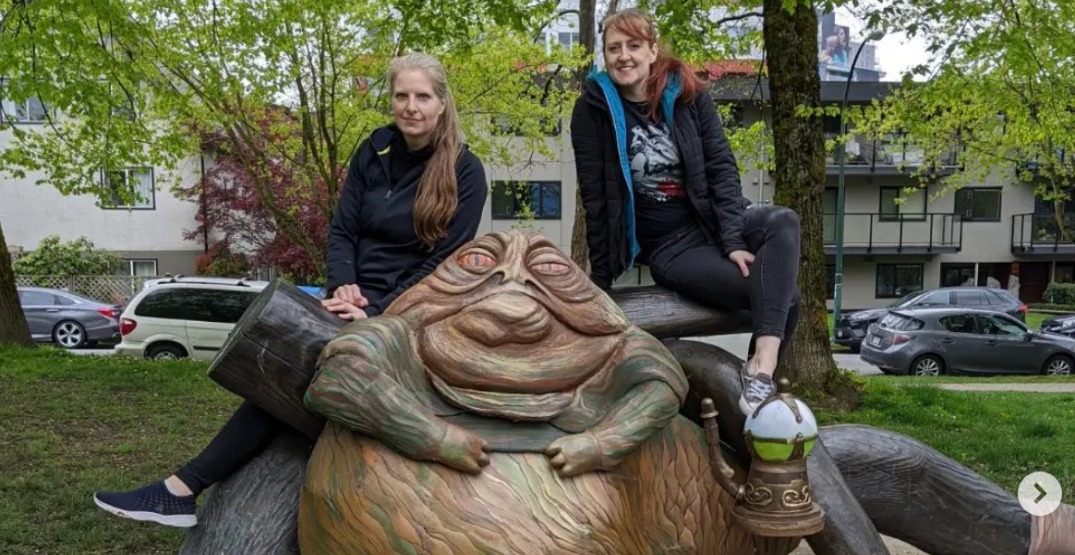 Jabba the Hutt — at least, the statue version — was vibing in Vancouver’s Dude Chilling Park for May the 4th, thanks to two Star Wars fans who set up an installation there in the afternoon.

The local sisters behind Styro Girls set up the display around 3 pm on Wednesday. 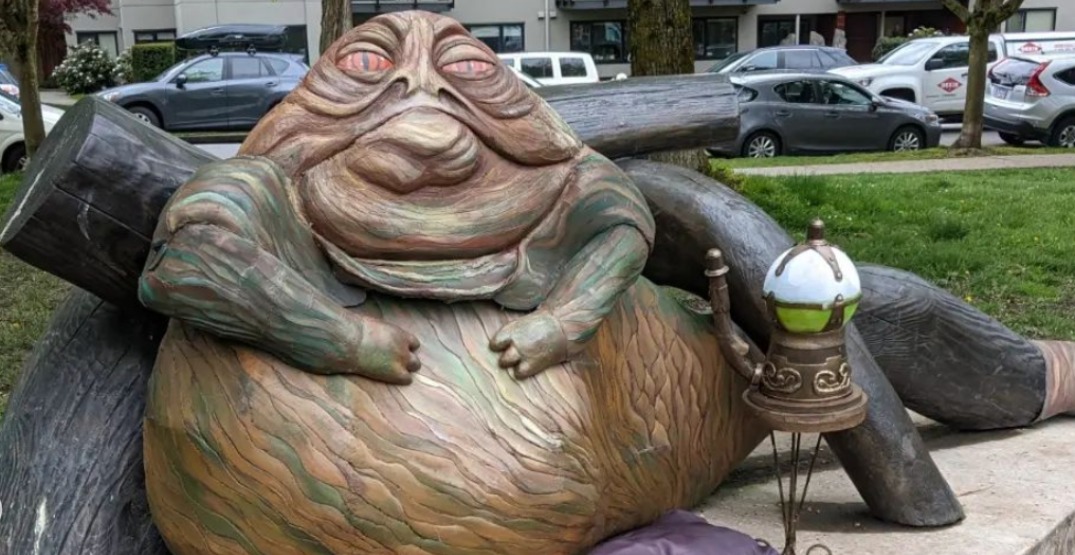 Tarrin and Sorrel McDonough make art out of styrofoam, specializing in creating cosplay for statues and “other important urban necessities” around Vancouver, as stated in their Instagram bio. 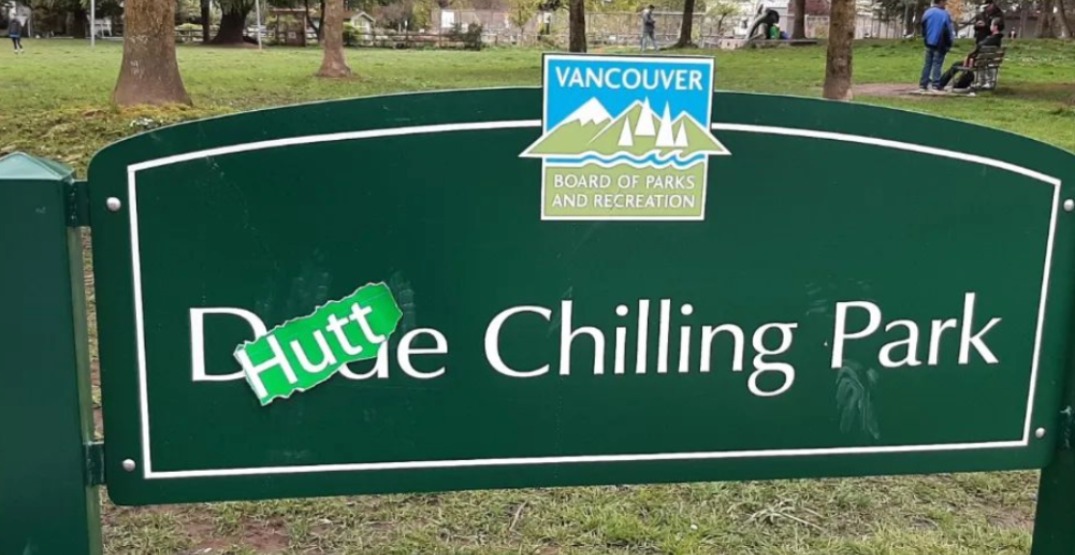 Sorrel was driven to create the tribute by her passion for Star Wars. Her sister, who is less of a fan, obliged her fantasies about transforming Dude Chilling Park into Hutt Chilling Park and helped her make all the art.

Fortunately, the sisters say, “no dudes were harmed in the making of this Hutt.” 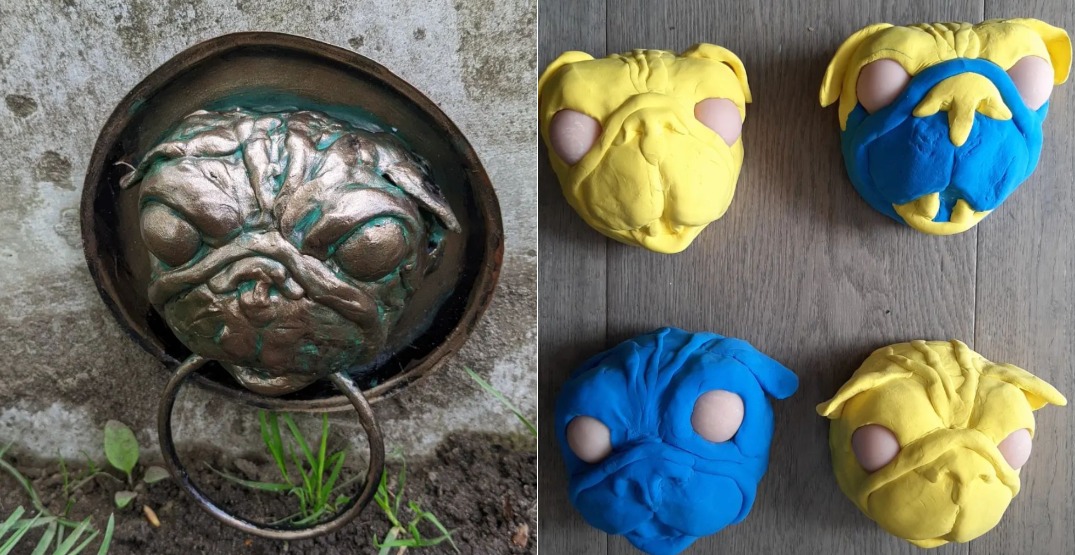 “I’m a huge fan. Tarrin I forced to be a fan,” laughs Sorrel in a phone call with Daily Hive Vancouver on May 5.

“Initially we wanted to keep them up longer, but we started to get attached to them and didn’t want to leave them out like garbage, so we only left them up for a short time.”

Normally, they set up in places where there’s not a lot of foot traffic, but they were still approached by a few excited Star Wars fans during their brief trip to the park on May 4.

“But nothing too crazy. It was more about having fun,” she says. 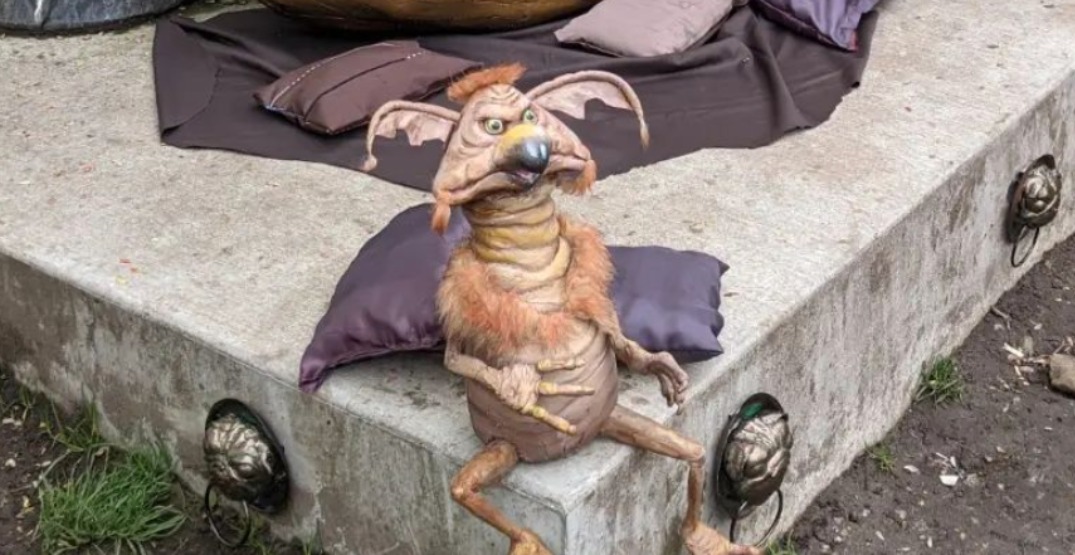 They have been putting up sculptures for May the 4th for years, but this time, they challenged themselves to create organic-looking figures instead of machines.

“The last four characters that we’ve done have all been machines. We did a TIE Fighter [and an AT-ST Walker] but I really wanted to do something more organic,” says Sorrel.

She says producing a bigger structure was also “a long time coming.”

“We created more of a scene,” she says.

Want to check out more of their sculptures for May the 4th? Make sure you’re looking through “Star Wars-coloured glasses” like the styrofoam-loving sisters.