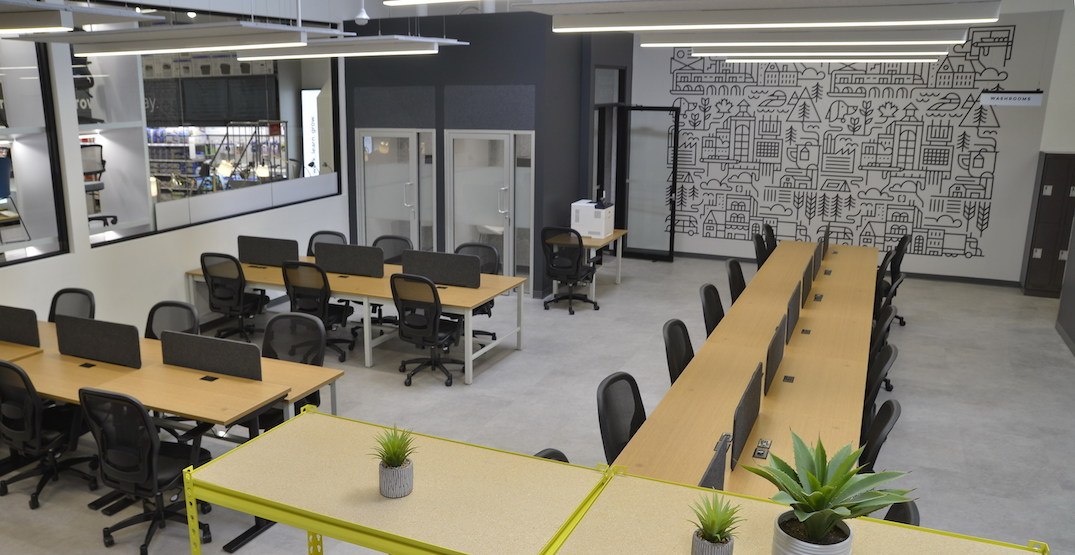 Staples has opened its first newly renovated store in Western Canada that features a new retail experience and its unique take on co-working.

Co-working options at Staples Studio include the usual hot desks from $89 per month, private offices from $600 per month, and meeting rooms from $30 per hour. Drop-in co-working rates are also available.

Members have access to free Wi-Fi, free coffee and tea, a lounge and community kitchen, phone booths, an auditorium-style event space from $150 per hour, and discounted in-store printing. 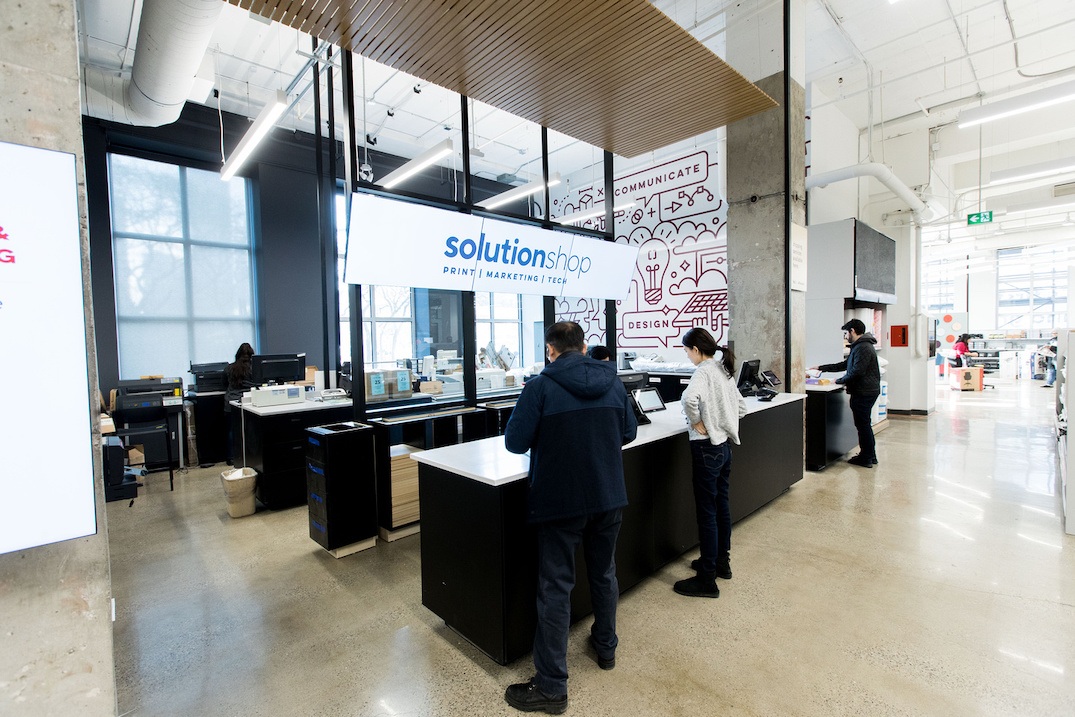 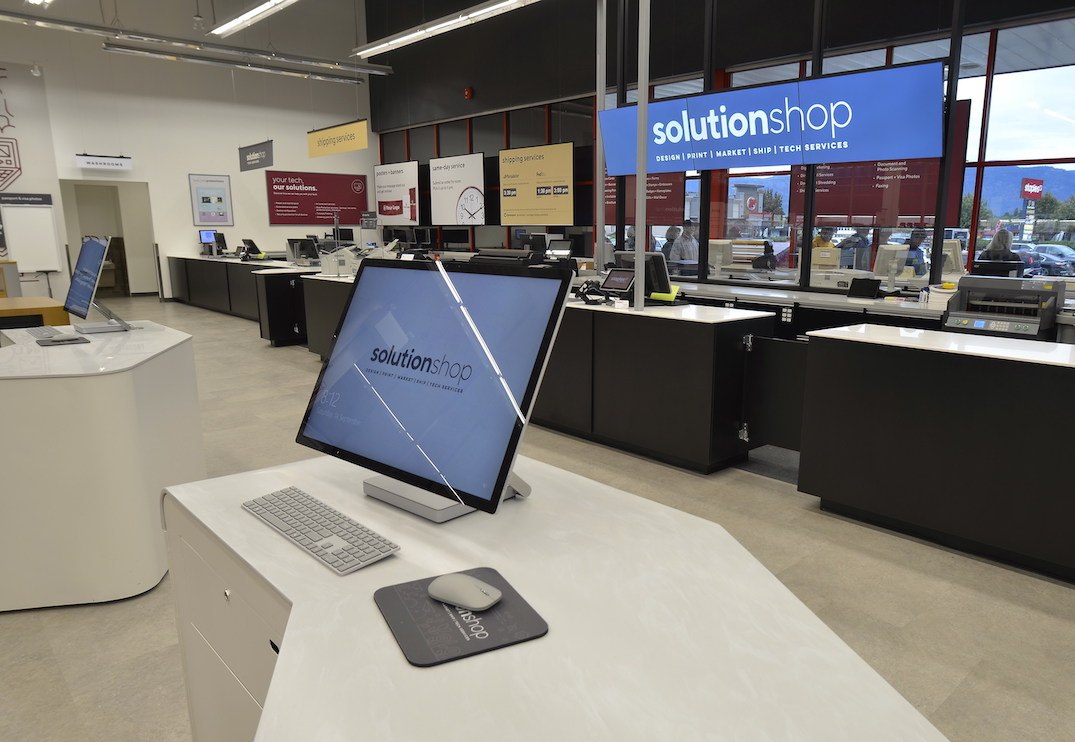 With the new retail component, the company says it has thousands of new products, robust tech and connect assortment, interactive displays, and expanded services in its Solutionshop concept. Following the newest brick-and-mortar retail trends, a far greater focus has been placed on diversifying and providing an experiential retail environment. 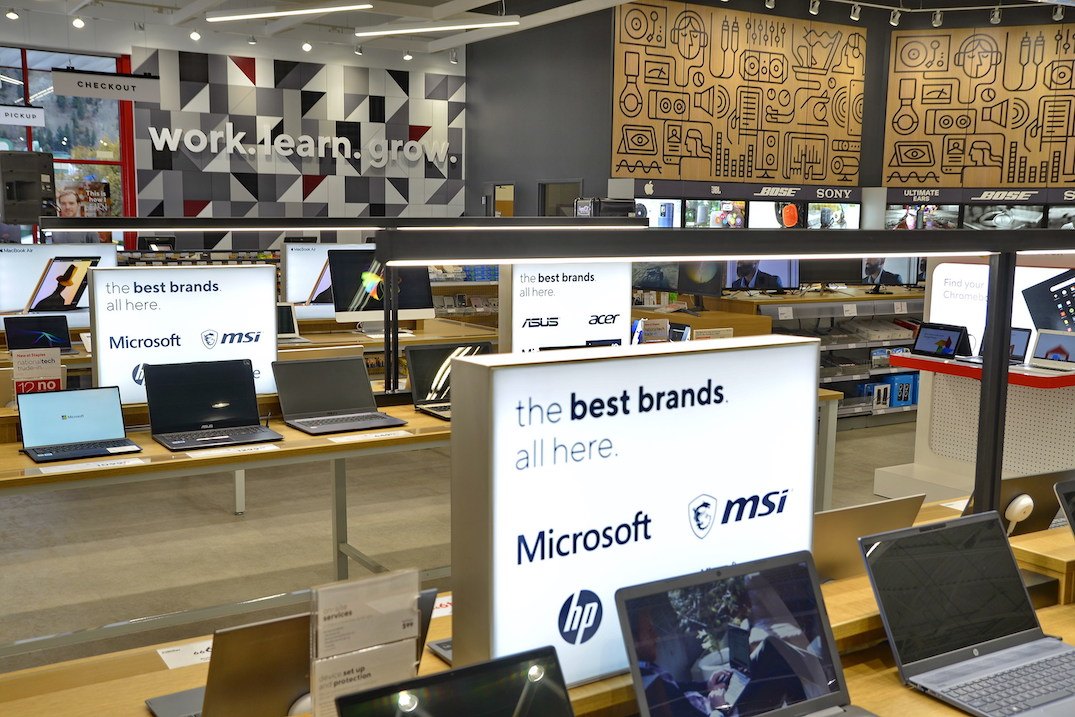 “Our new retail experience is performing well in other markets, and Kelowna’s entrepreneurial and student community made for the perfect climate to introduce this concept in Western Canada,” said David Boone, CEO of Staples Canada, in a statement.

“We have witnessed Kelowna’s evolution over the past 21 years and want to help fuel this thriving community with top of the line products, a wide range of services and a brand new coworking space. Our aim is to be a place for communities to gather, learn and exchange ideas.”

The renovated stores with new retail, co-working spaces, and amenities are core to Staples’ plan to rebrand itself as the Working and Learning Company. Six other stores have already seen renovations with new co-working spaces under rebrand, including locations in Richmond Hill, Oakville, Toronto, Kirkland, Laval, and Montreal. 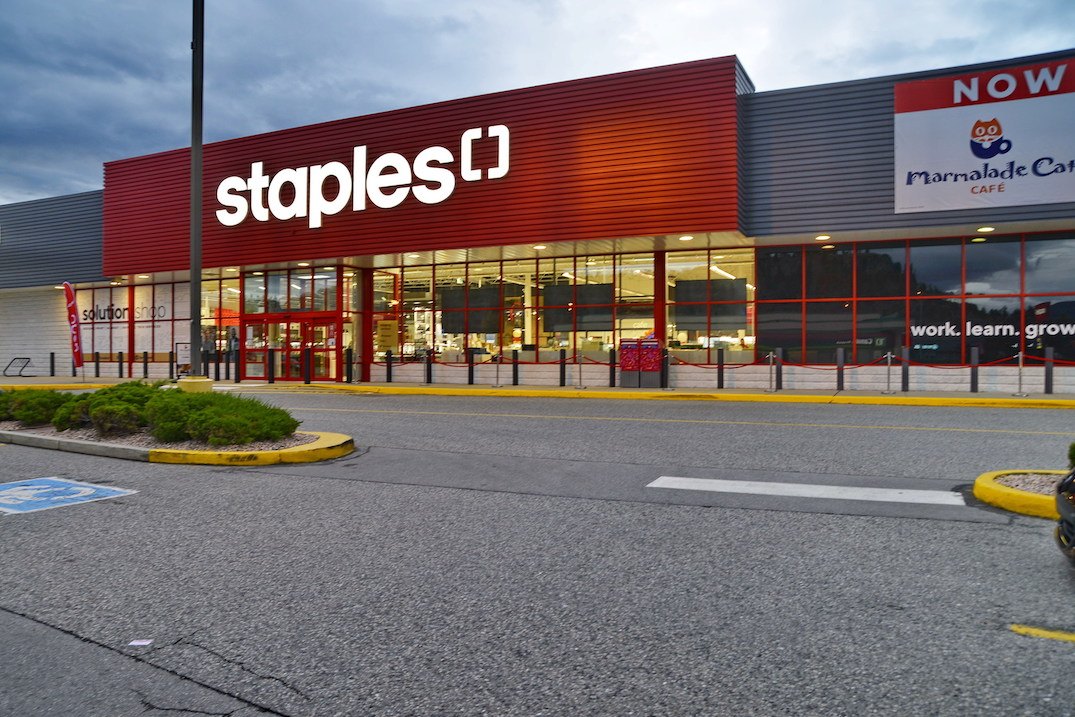