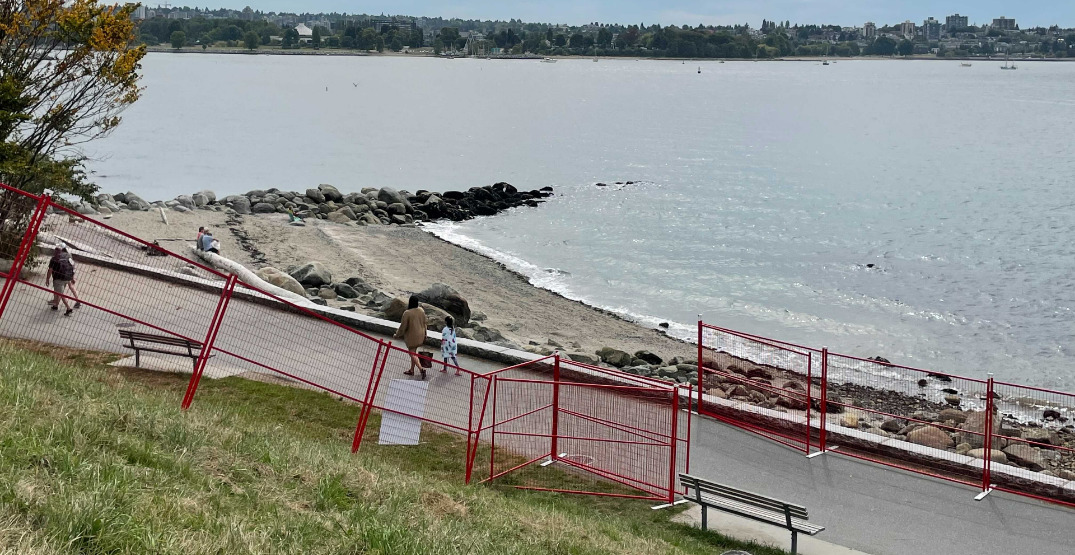 To help enforce the recent nightly closure, fencing has been put up around Stanley Park, to aid conservation officers and park rangers in keeping the public safe from escalating coyote attacks.

The Vancouver Park Board recently announced that the park would be closing at 7 pm every night for the foreseeable future due to a spike in dangerous coyote activity.

A spokesperson for the Vancouver Park Board tells Daily Hive that the fencing is temporary, and to help reinforce the 7 pm nightly closure. It’s something that has never been done to their knowledge.

“We’re having some challenges with people observing the closure,” the board says.

The size of the park only adds to the difficulty.

“Others aren’t aware of the closures,” the Park Board says. 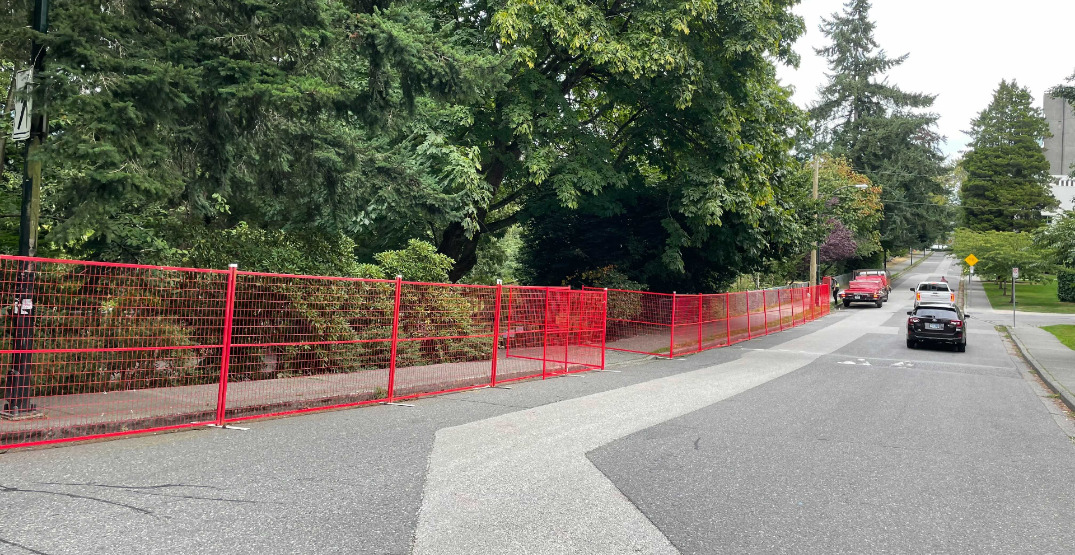 While there’s no concrete timeline, conservation officers are currently hoping to work within a two-week window, in order to make the park safe and restore access to the public.

Since the closure was announced on Tuesday, there have been a few people skirting the rules, including some who have been chased down by park rangers. However, the Park Board says this has not been widespread.

The only exceptions to the rules are for people who are accessing businesses within the park via their vehicles. No trail or bike access will be permitted.

The Park Board says that it’s fluid and complex situation, as there’s nothing necessarily stopping someone from having dinner, and then going out into the park. The Park Board hopes that the increased ranger and officer presence will be enough to remind and educate the public that park access is restricted.

Earlier this week, Donnie Rosa, General Manager of the Vancouver Park Board announced that they would be installing 100 new signs to educate the public.