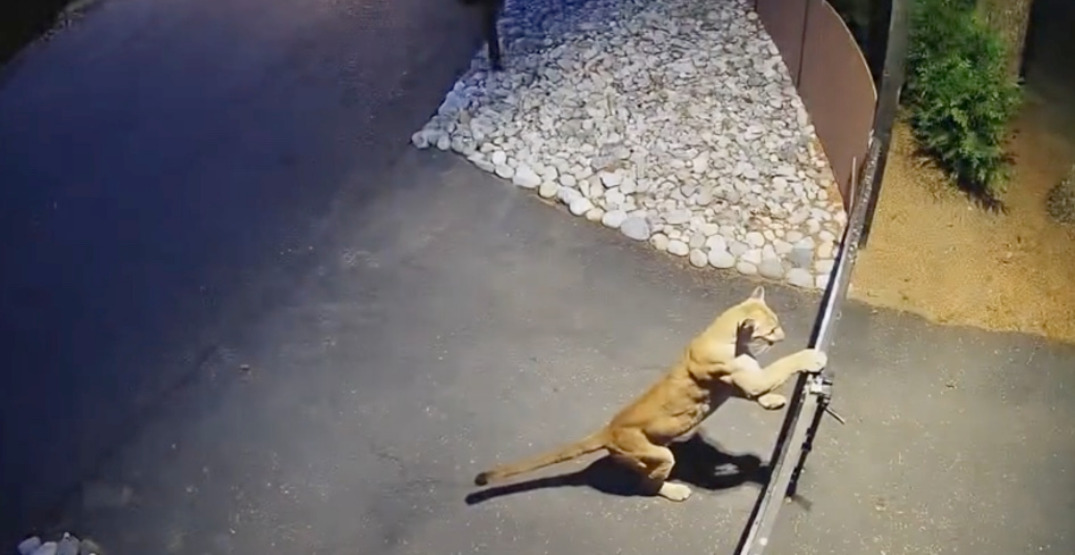 A cougar with muscle definition that rivals Sylvester Stallone in his prime, was caught on a home surveillance camera, hopping a fence with devastating strength.

The animal was spotted near 55th and 240th in Langley on Sunday.

In a video posted to Facebook, the animal can first be scene approaching a gate. It then perches up onto the gate with its front legs, having a stealthy look around, before pouncing up on top of the gate and leaping off.

Cougars are the largest wildcats in Canada, and are strict carnivores.

Earlier this year, a woman had to be airlifted to a hospital after being attacked by a cougar, which also took place in the Fraser Valley.

According to WildSafeBC, the best thing to do if you encounter a cougar, is to stay calm.

They warn people to never run, and to pick up small children immediately, as cougars pose the most danger to them. They also suggest making yourself look as large as possible.

The reason to keep children in front of you, is so they do not try to run, and startle the animal.

Cougars are very fast, and can sprint at speeds up to 70 km/h.

Cougar attacks are rare, but due to the power of these animals, can be fatal, especially for young children.

Daily Hive has reached out to the BC Conservation Officer Service for additional information.