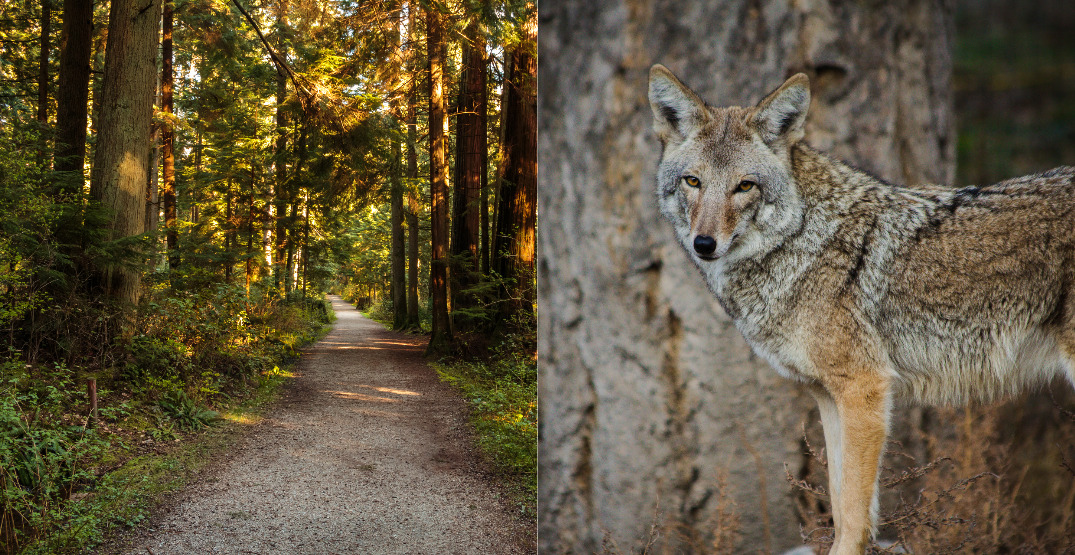 Vancouver Park Board officials have decided that Stanley Park will be closed to the public every day at 7 pm. A City of Vancouver spokesperson informed Daily Hive of the new hours.

Earlier this year, Park Board officials announced that Stanley Park would be closed from dusk until dawn, 10 pm to 6 am, due to an increased fire risk in the park.

This latest update means that the park will now be open from 6 am to 7 pm, beginning tonight. Seawall access will also be prohibited after 7.

“In the last week alone we have removed 1,000 kgs of garbage from the park, secured animal-proof garbage cans that will be installed shortly, and printed 96 new signs to be installed at key locations where the majority of coyote incidents are taking place,” said Park Board GM Donnie Rosa in a statement.

“We are asking the public to help us with this issue and to observe the park closures overnight, to stay off trails when visiting businesses in the park, and to report any feeding of wildlife.”

She also suggested that the public feeding coyotes may be part of the problem.

“At this point, a number of options are on the table and our focus remains on removing attractants and influencing public behaviour to ensure direct and indirect feeding of coyotes and other wildlife comes to a stop.”

Coyotes in Stanley Park have become increasingly bold over the last several months. People of all ages, including children and seniors, have been bitten or attacked by coyotes since the beginning of the summer.