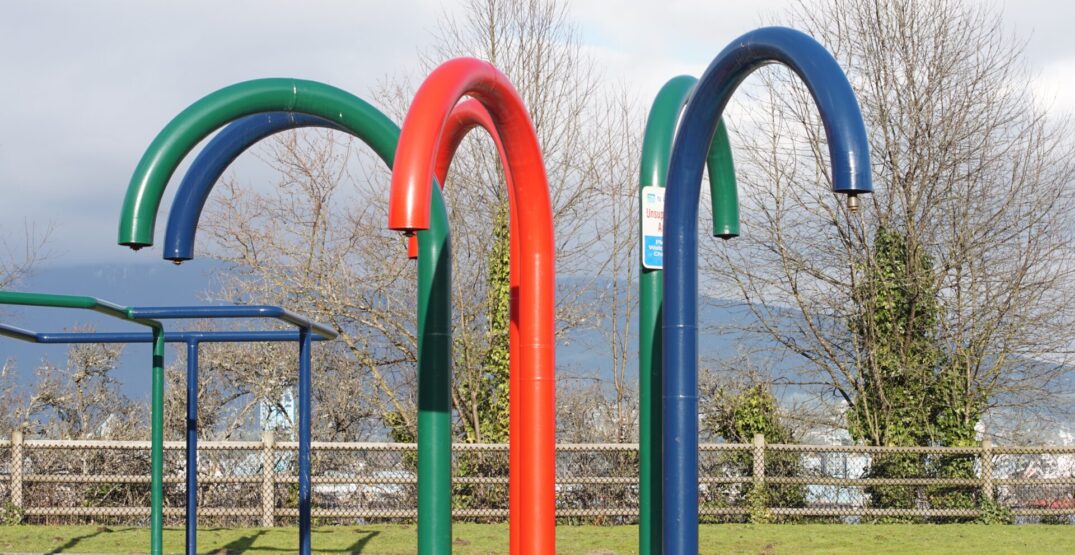 As summer sizzles on in Vancouver, residents began to notice that one of the best kids water parks in the city was completely dry.

In Stanley Park, close to Lumberman’s Arch, the splash park has been delighting children for years.

But it’s been bone dry as July drags on, and Vancouver residents have noticed. Many took to social media to ask why it was closed.

@CityofVancouver So disappointed to see that the famous splash pad at Stanley Park was not operational this past weekend-But instead of city staff pledging a quick fix, they wrote on the signage that it is subject to a review / consultation with local first nations 🙁

@ParkBoard what’s going on with the fox’s den splash pad in Stanley park??

The Vancouver Board of Parks and Recreation is responsible for its management and recent closure, and they confirmed to Daily Hive Urbanized that the Fox’s Den would be up and running soon.

“Unfortunately, the opening of the spray pad in Stanley Park at Lumberman’s Arch has been delayed this year due to environmental impacts of the older design of the pad,” reads a statement from the board.

“The pad drains chlorinated drinking water directly to the sea and is in violation of the Federal Fisheries Act, as potable water can be toxic to fish in certain concentrations.”

“As a result, the federal government asked for the spray pad to be closed until this was remediated.”

“We know how important access to spray pads are to our parks users, particularly in times of hot weather, and accordingly staff have developed a temporary solution to fix this for the summer and the spray pad will be opening later this week,” they said.

According to the Stanley Park water park website, the Lumberman’s Arch Spray Park has been closed “until a review of options for remediation is complete.”

“If the spray park can be renovated, we will assess how this meets the Park Board’s policies and ensure it is aligned with the Stanley Park Comprehensive Plan, which is being created in partnership with the xʷməθkʷəy̓əm (Musqueam), Sḵwx̱wú7mesh (Squamish), and Selí̓ lw̓ itulh (Tsleil-Waututh) Nations, on whose unceded territory the park sits.”

The board also pointed out that there are other spray parks and wading pools that are open across the city.

It’s hard to be a kid in Vancouver in the summer without a visit to this splash park at least once, but luckily it should be open once again in mid-July.