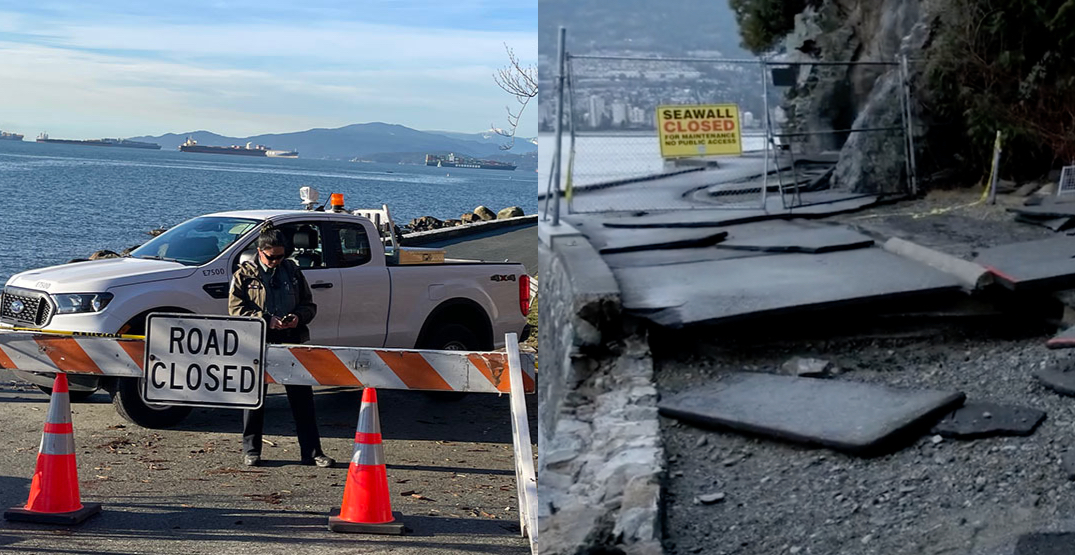 On Friday, January 14, the Vancouver Parks Board shared more information with the public about how their work was coming along and highlighted the importance of staying off closed sections of the seawall.

“There’s many sections that have undermined areas,” Ian Stewart, Manager of Park Development with the Vancouver Parks Board, said in a recorded statement shared on Twitter. “It looks safe. It’s not. It could collapse at any time.”

Crews are making good progress clearing debris in many areas impacted by last week’s storm. But remember, much of the seawall remains closed between Sunset Beach & Lions Gate Bridge.
🚧Please don’t move or go around barricades🚧
It may look safe, but there are unseen hazards. 1/2 pic.twitter.com/wfOwH2hJ1s

— Vancouver Board of Parks and Recreation (@ParkBoard) January 15, 2022

The video shows the extent of some of the damage on the seawall. “There are logs that are loose. They’re piled boulders that are unstable that have been moved in a recent storm. There’s rebar sticking up out of the coping stones,” said Stewart.

“The biggest thing you could do right now is to stay away and let the crews do their job.” Parks Board engineers have been assessing the damage in the week since the storm damage, working to identify the short and long term needs of this project.

On Friday, January 7, stormy conditions combined high winds with a king tide and caused severe damage to the seawall.

It was closed, and when the weather conditions improved, the Parks Board focused on cleaning up debris. The seawall and beaches were strewn with driftwood and stones that used to make up part of the seawall were tossed everywhere.

The Parks Board is asking the public to stay off the closed section of the seawall. “Don’t move or go around barricades,” they wrote in a Twitter update. “It may look safe, but there are unseen hazards.”