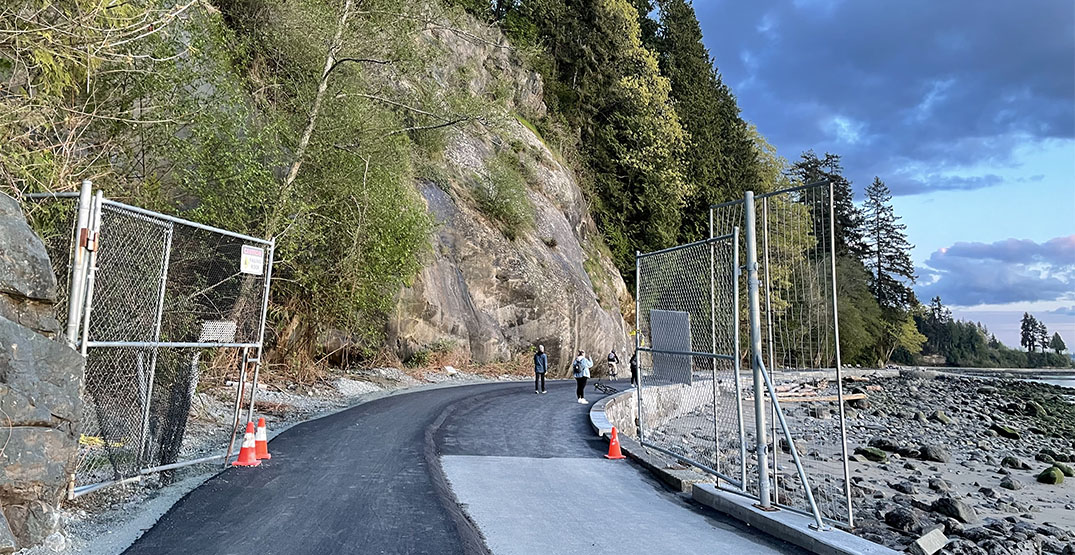 The metal gates cordoning off the stretch between Prospect Point and Third Beach were open Tuesday evening, allowing people to walk along the fresh pavement. The Vancouver Park Board issued a news release Wednesday morning saying getting it fixed before the weather warms up was the goal.

“We know how important the seawall is to our community with millions of visitors who use it every year, so repairing it quickly was of the highest priority for us,” Dave Hutch, director of park planning and development, said. “Access was sometimes difficult, weather-dependent, and required careful timing particularly in the tidal environment with additional king tides.”

The Park Board initially closed a 3.5 kilometre section of the seawall on January 7, when a storm and king tide left parts of the path unrecognizable. The blocks along the edge of the seawall were blown several feet inland, and the pavement cracked under the force of the waves. 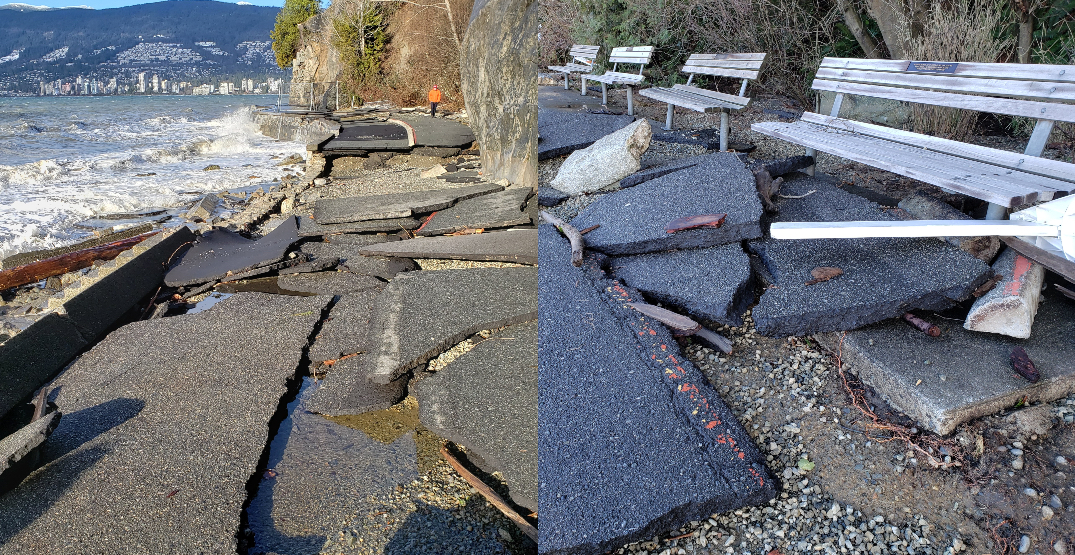 “This storm was unlike anything we had seen before,” Hutch said. “This extreme weather was another ‘wake-up call’ on climate change and a look into a future of increased sea level and changing coastlines.”

Parks staff have been working to repair the seawall piece by piece since the storm, gradually reopening it from Second Beach onwards.

While it was still closed, some people chose to get around the gates by climbing down the seawall and walking on the rocks — a method that was only feasible at low tide.

Someone apparently became so sick of turning back halfway around that they cut a bike-sized hole through the gate near Third Beach sometime this month. 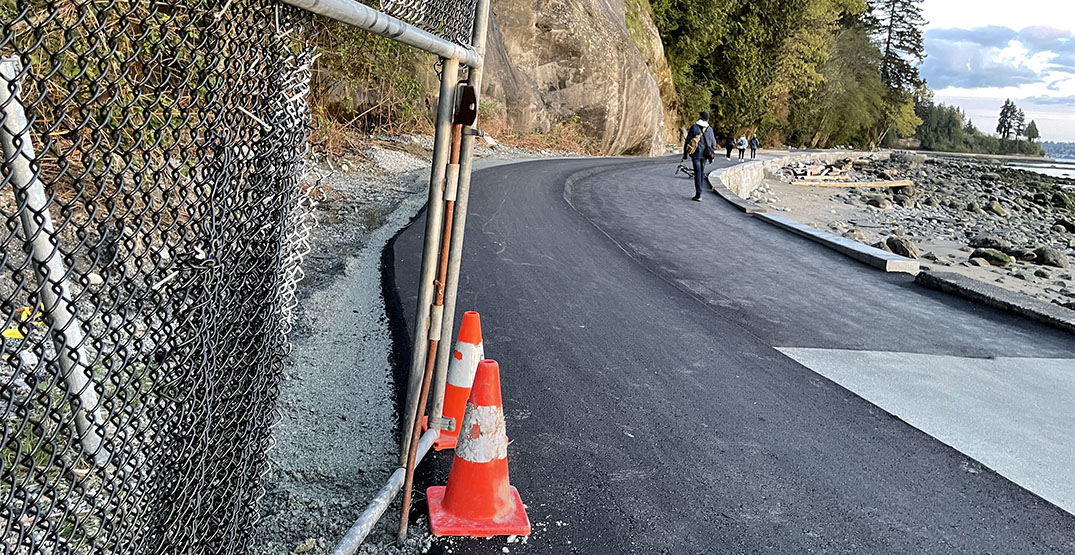 Someone cut a hole in the metal gate keeping the seawall closed that’s big enough for a bike to fit through. (Daily Hive Vancouver)

The seawall is reopening just in time for the BMO Vancouver Marathon, which will use it on Sunday, May 1. Signs are posted around the seawall advising users of the closure. 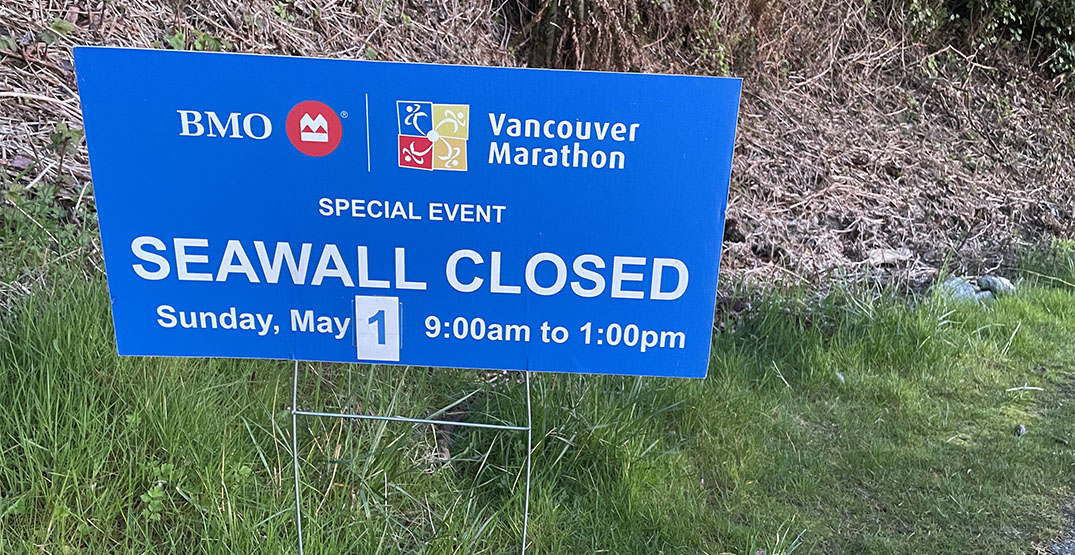 The Park Board used retaining walls to prevent further erosion and brought in new capstones with reinforced concrete in addition to re-paving the damaged sections.

Now that seawall repair is complete, crews will focus their work on other amenities damaged by the storm — including Kitsilano Pool and Jericho Pier.

“The Park Board will be initiating conversations with residents about how we should plan for this uncertain future and how our waterfront parks, the seawall and beaches will adapt to our changing climate,” Hutch saud. “We will need to ask ourselves what we value about our waterfronts and how we can coexist in a world of increasing sea levels and more extreme weather.”