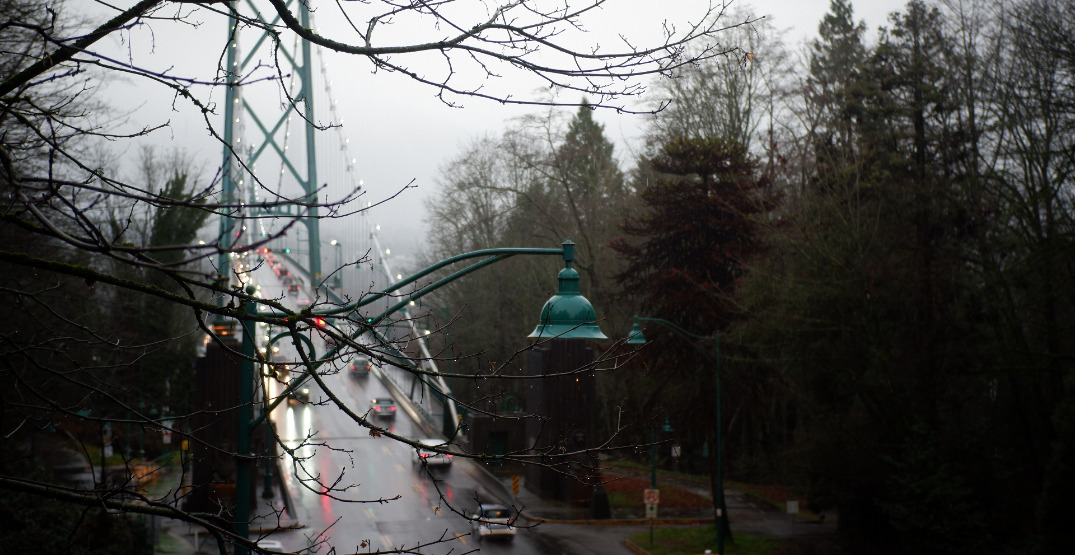 If you were hoping to head out into the wild to capture some shots of the epic BC storm, you won’t be able to do it in Stanley Park or at the Seawall.

Park Board officials have announced that, due to high winds, both Stanley Park and the Seawall will be closed temporarily for public safety.

Park Rangers are currently on site to direct drivers to the exits.

The storm has already caused a number of trees to fall, leading to some power outages throughout the province.

The Vancouver Park Board made the announcement of the park closure on Twitter.

UPDATE: Due to high winds, and for everyone’s safety, Stanley Park will be closed temporarily. Park Rangers are on site to direct vehicles to the exits, and will be closing the gates. The Seawall is also closed. Continue to check back for updates. #BCStorm @CityofVancouver https://t.co/g7hIO71K1v

The update followed a previous tweet in which the Park Board advised the public to take extra caution around large trees and other hazards that may have been activated by heavy winds.

Officials are advising the public to check the Park Board’s Twitter page for updates, and they’ve not yet released a timetable on how long the closure will be in effect.

Due to heavy winds and stormy weather, VanDusen Garden was also closed earlier on Monday.

🚨 GARDEN UPDATE: The Garden is closed due to strong winds.

The safety of our visitors and staff is our top priority. If you booked a ticket for this afternoon, MyZone will be in contact with next steps.

Thank you for your understanding and stay safe! pic.twitter.com/AFmUkyum2W