RCMP are investigating a stabbing that took place in Burnaby yesterday evening.

Police first received reports at approximately 8:30 pm and were notified of a stabbing that took place in Central Park near the Patterson Skytrain station.

Upon arriving at the scene, officers located a male victim with life-threatening injuries.

He was quickly transported to a nearby local hospital for medical attention. His identity, age, and current condition have not been released at this time.

The first suspect is described as a First Nations male who is six-feet-tall with a slim build. He’s approximately 40 to 45-years-old and was wearing a red shirt and blue pants at the time.

The second suspect is described as a Caucasian male with a slim build and approximately 40 to 45-years-old. He was wearing a white shirt and blue shorts at the time. His height was not disclosed.

Although the investigation is still in early stages, police believe that this was an isolated occurrence and that there is no risk to the public. 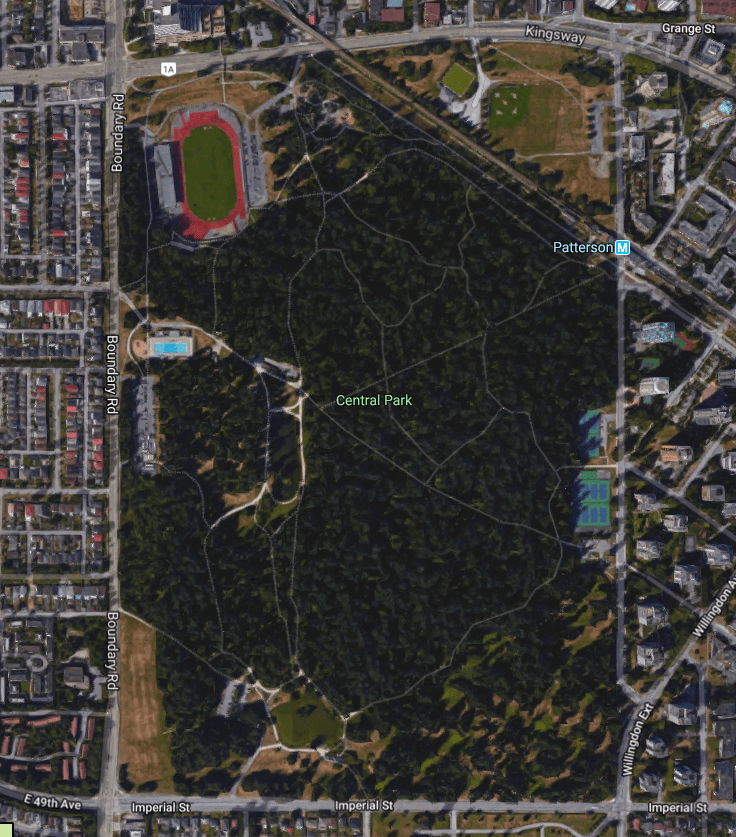