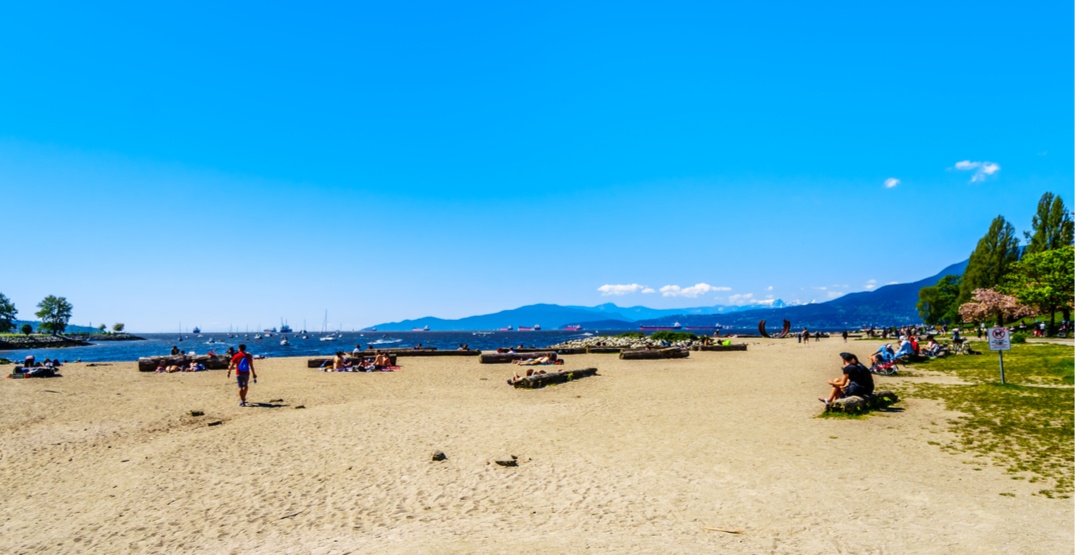 After being issued five days ago, Metro Vancouver’s heat wave looks to continue into the weekend at full strength.

Temperatures still continue to push into the low thirties, reaching as high as 33°C inland by Sunday.

People travelling should be advised that areas such as Whistler, the Sunshine Coast, Greater Victoria, and the Okanagan Valley are also affected.

Those spending time outdoors are reminded to stay hydrated, spend time in an air-conditioned facility when possible, and avoid sunburn, especially with the upcoming Celebration of Light.

Much of the British Columbia is also affected by an air quality warning, specifically in the interior and eastern part of the province.

The air quality has been affected by smoke from 94 different wildfires across the province.

Anyone in the affected areas with trouble breathing or symptoms such as coughing, throat irritation, headaches, or shortness of breath, are advised to remain indoors. 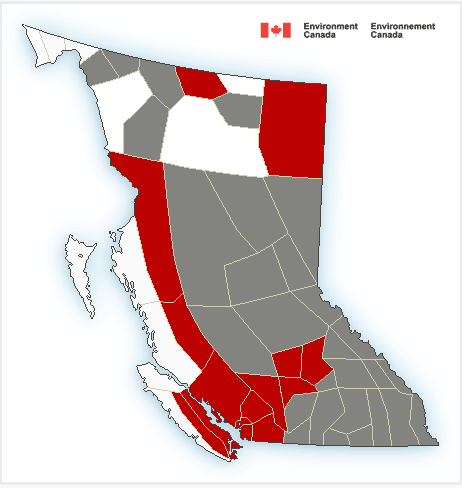 Areas in red are affected by heat warnings; areas in grey have air quality warnings in effect. (Environment Canada)