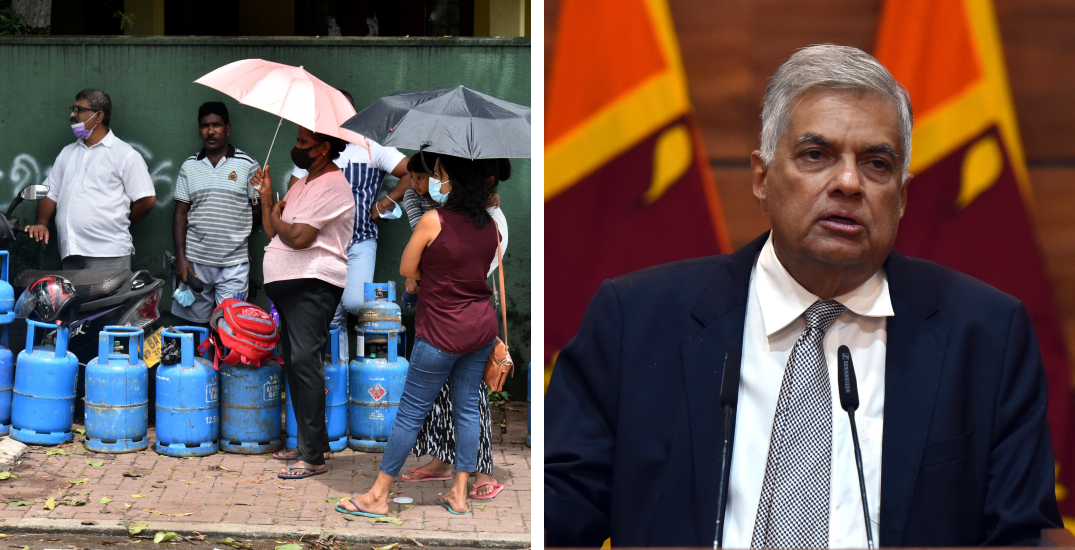 Sri Lanka has declared bankruptcy, according to an announcement from its prime minister, Ranil Wickremesinghe.

On Tuesday, Wickremesinghe told the Sri Lankan parliament that the country is not only bankrupt but also has no fuel left. Government employees have been told to stay home due to fuel unavailability.

Inflation spiked 54.6% in a year and is expected to hit 60% soon, and transportation costs have gone up 128% in only one month, according to Bloomberg.

Sri Lanka has officially declared that it’s bankrupt. Civil servants have been instructed to stay home because the country has no fuel left. The next shipment of fuel is expected on 22nd July. Schools are closed. Inflation is nearing 60%.

Sri Lanka has been facing one of its most dire economic crises to date, and at this point, civilians are struggling to procure basic necessities like food and medicine. Countries around the world are sending financial assistance to help it overcome these problems.

At the G7 Summit last month, the US pledged US$20 million to assist Sri Lankans in the fight for food security. This came in addition to a previously donated amount of US$12 million.

But despite global assistance, the nightmare is far from over for Sri Lanka. Premier Wickremesinghe said that the country was participating in negotiations as a bankrupt state, and the worse is yet to come.
“Due to the state of bankruptcy our country is in, we have to submit a plan on our debt sustainability to (the IMF) separately. Only when they are satisfied with that plan can we reach an agreement at the staff level. This is not a straightforward process,” he said, and CNN reported.

16. Your struggle must be one for rebuilding and uplifting our country. It should not be to destroy our country. Step by step, let us go forward.

For my full speech: https://t.co/GGPKuMKGT3