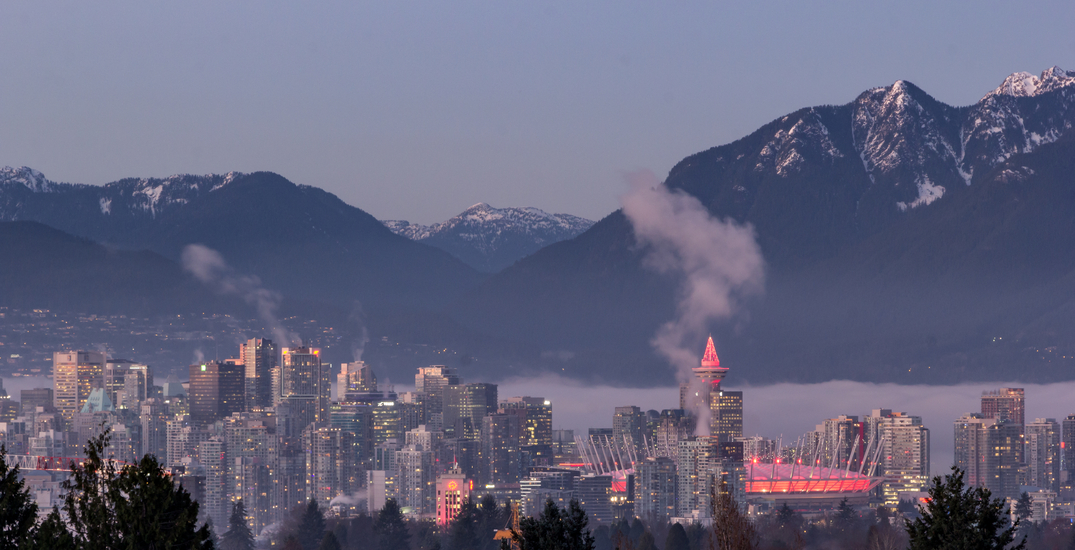 Over the next 10 years, it is estimated that 136,000 households will need housing that is suitable for their family size and income within the jurisdiction of the City of Vancouver.

This includes the unmet needs of existing residents in about 86,000 households, including 77,000 households living in unaffordable, unsuitable, or inadequate housing, about 2,000 people who are homeless, and about 7,000 people living in SRO situations. This means almost one-in-four existing households will be in a problematic housing situation, based on the total number of households in the city, about 305,000.

For future demand from new residents from a growing population over the coming 10-year period, it is anticipated about 50,000 new households will need suitable housing.

These are the findings of the municipal government’s newly-released, first-ever Housing Needs Report, which is a new analysis for each municipality in BC that must be performed by 2022, and then at least once every five years thereafter, as mandated by the provincial government to cities.

Since early 2020, average home prices have escalated by 30% to 50%, while average rents have seen a 30% increase since last year due to immense recovery and new additional demand, with rental vacancies now returning to the pre-pandemic vacancy rate of about 1%.

The housing demand is driven by strong job recovery in the backdrop of the pandemic, the return of in-class learning at post-secondary institutions, and high international immigration and interprovincial migration to BC, with the possibility that 2021’s migration record could be broken in 2022.

Based on Statistics Canada’s 2021 census, Vancouver has a population of 662,000 residents, which represents a drop from the previous annual estimate due to the pandemic’s initial impacts on urban areas. But it is anticipated this drop was an outlier, and there will be a strong population recovery and net growth by the time of the next census.

“Housing need spans across Vancouver and the region, with all regional municipalities feeling the pressures associated with increasing housing demand and a constrained housing supply,” reads the report.

“Migration from within and outside Canada and job growth are key drivers of housing demand in Vancouver and the Metro Vancouver region, as are demographic changes including smaller household sizes, millennials forming households and starting families, and an aging population.”

While the report paints a dire situation, there is also reason for some optimism, with the analysis indicating the city is heading in the right direction with new rental housing — but it needs much more of it to catch up to decades of extremely limited new rental housing supply.

City staff provided an in-depth update on the progress towards Housing Vancouver Strategy’s 10-year targets, which was approved by the previous Vancouver City Council in 2017. The strategy set a goal of catalyzing 72,000 new approved homes between 2017 and 2028, with 50% targeted as secured rental and non-market housing for households earning under $80,000 annually, and about 40% targeted as family-oriented homes with at least two bedrooms. Factoring in secondary rental units such as rental condominiums, two-third of homes are forecasted to be available to rent.

It should also be noted that 2021 also saw an unprecedented number of hotels and other properties acquired by governments for the purpose of social/supportive housing.

“2021 was a record year for approvals of purpose-built rental and social housing in Vancouver,” states the report.

“Even with the shift toward virtual public hearings and remote work due to ongoing pandemic restrictions, the City achieved a major milestone in shifting approvals toward the ‘right supply,’ with purpose-built rental and social housing making up over half of all new approvals for the second year in a row.”

Moreover, for the second consecutive year, over half (52%) of new housing approvals in 2021 were for secured multi-family rental or social housing.

With all that said, it still takes at least several years after approval for the new supply to make an impact on the housing market.

According to the city, the results of Housing Vancouver and approved projects pre-dating the strategy are starting to show.

A high number of rental and condominium projects also began construction in 2021.

But beyond increasing supply, maintaining affordability, of course, remains an issue for lower-income households, and new housing approvals fall behind the goal for homes affordable to incomes below $80,000.

However, creating a healthy supply of housing options for all incomes is also partially a long game, with new units built today eventually becoming more affordable options as the properties age. 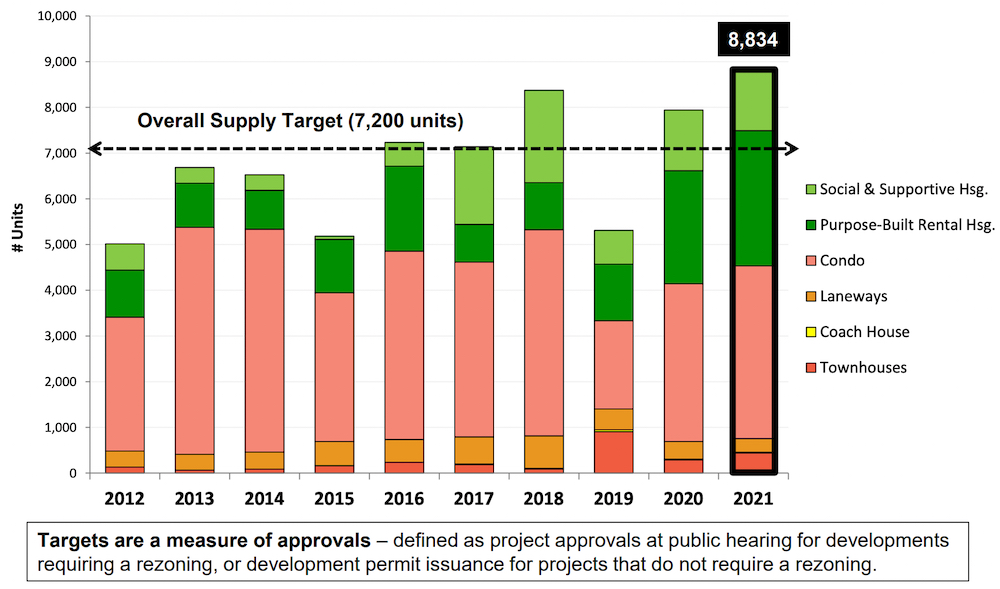 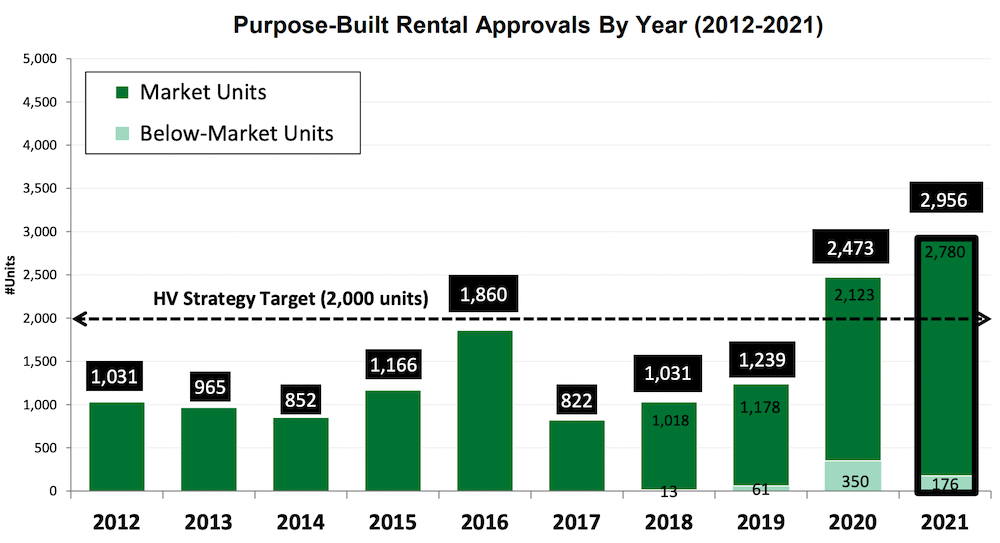 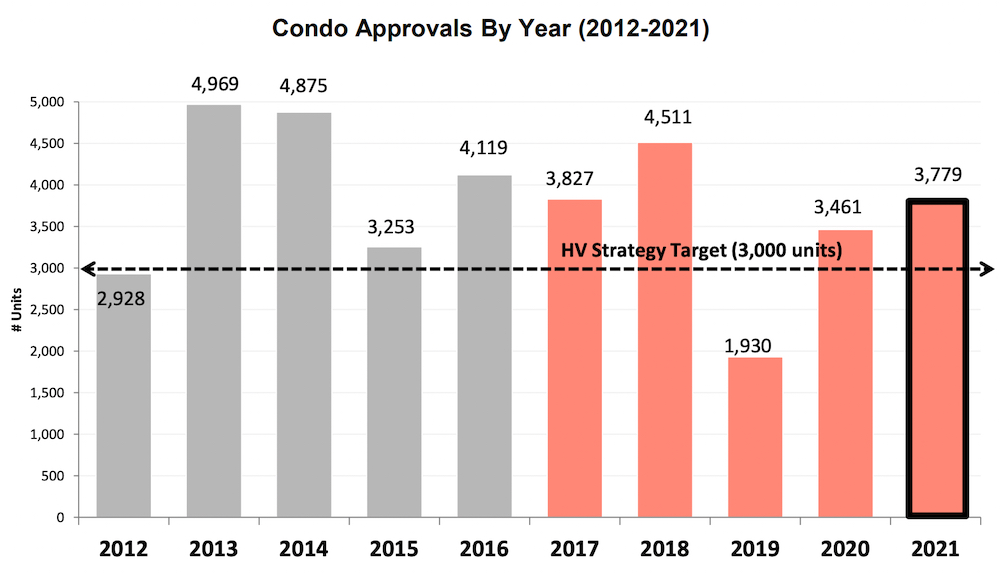 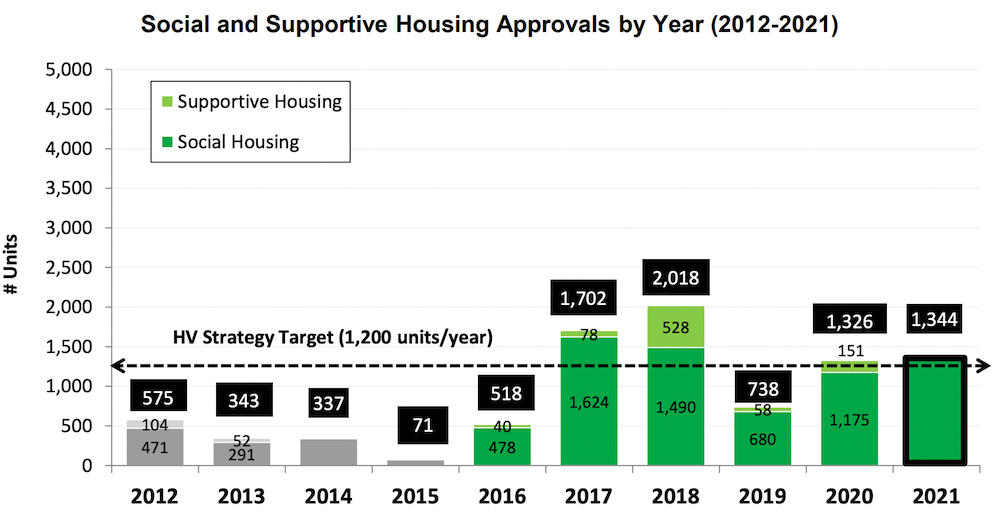 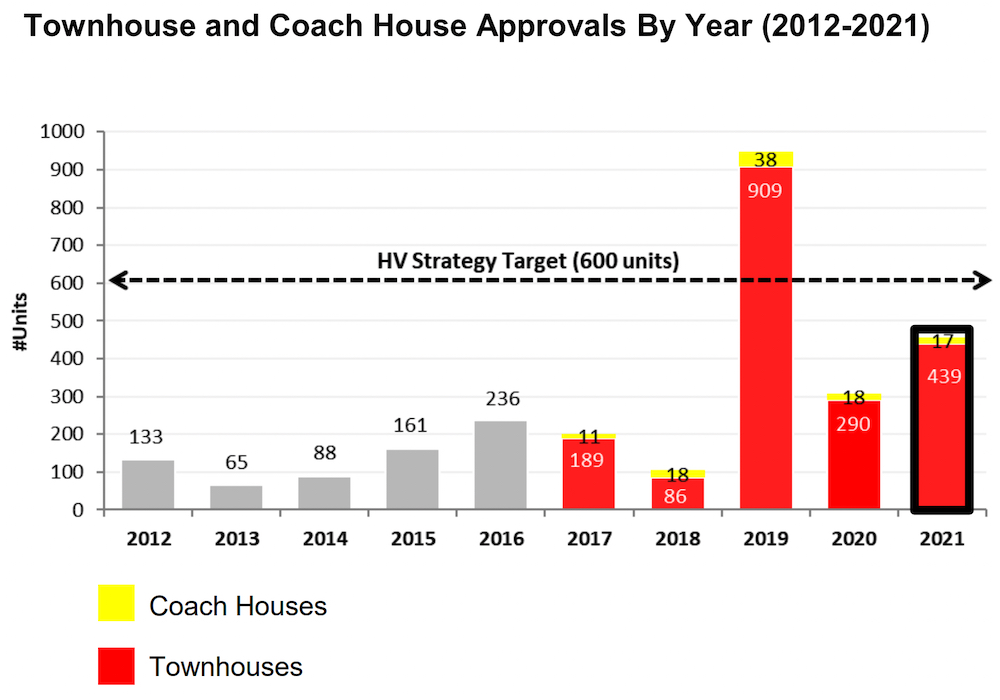 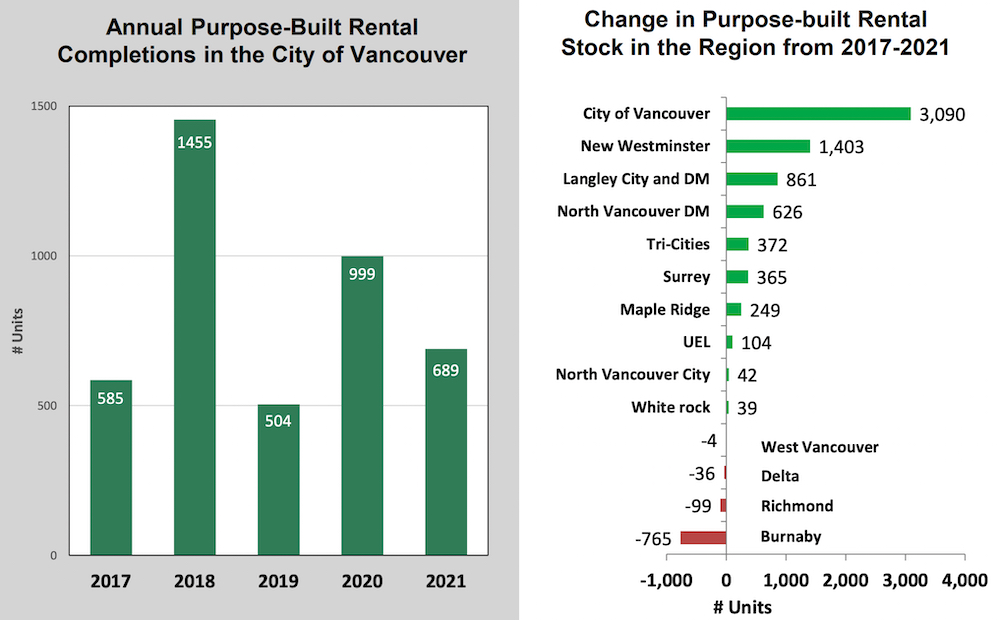