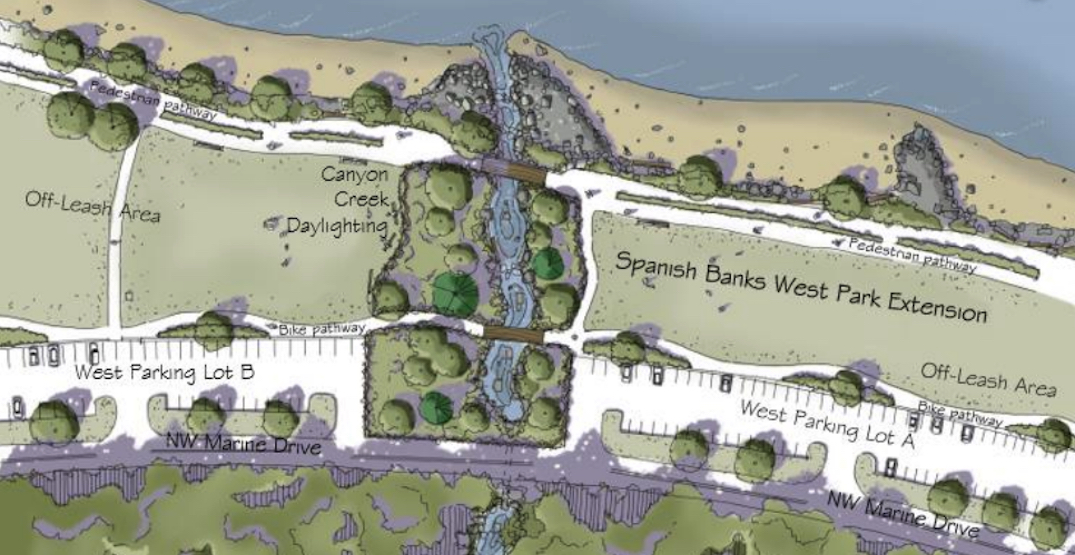 Planning for the daylighting of Canyon Creek at Spanish Banks Beach Park will advance, following a unanimous decision by Vancouver Park Board commissioners on Monday evening.

Canyon Creek, which is fed by a large catchment area within Pacific Spirit Regional Park, currently runs through a culvert under Northwest Marine Drive, the Spanish Banks West Parking lot, and the park’s dog off-leash area, before entering Burrard Inlet.

Based on Park Board’s staff preliminary planning work since late 2020, this project would establish a watercourse at ground level with a naturalized and vegetated area, creating a new habitat for bird, aquatic, and pollinator species. It would also serve to improve the water quality entering Burrard Inlet.

To achieve the daylighting of the creek north of Northwest Marine Drive, it is currently estimated that about 35 out of a total of 266 existing vehicle parking stalls would need to be removed.

Location of the culvert for Canyon Creek under Spanish Banks Beach Park. (Vancouver Park Board) 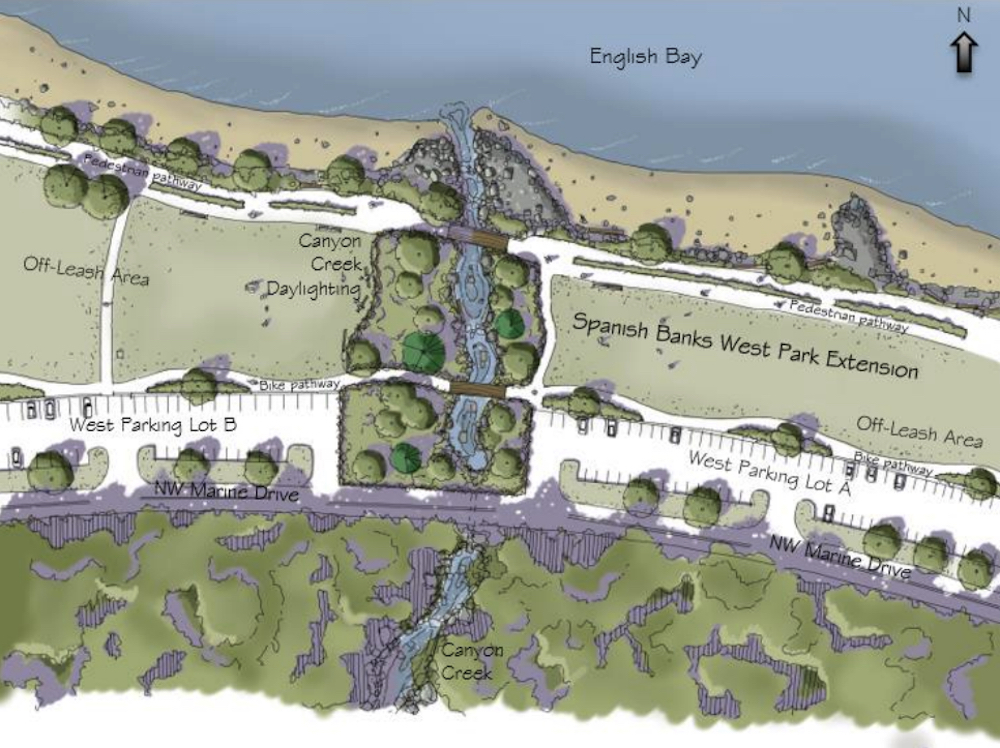 It would also bisect the park’s off-leash dog area — the third-largest in the city with a total open area of 12.45 acres. About half an acre of this off-leash dog park area would be removed to accommodate the naturalized riparian habitat, which would need to be fenced off to prevent dogs from disturbing any wildlife.

East-west pathways at the park would also be reconfigured. Currently, both the pedestrian and cycling pathways run along the northern edge of the park. Improvements would be made by fully dedicating the existing pedestrian pathway and building a new separated pathway north of the parking lots for cyclists. Two bridges would be constructed over the daylighted creek for the pathways.

“This is a very exciting project, certainly exciting for me, who has been working on daylighting creeks for more than 20 years here in the city. Any chance we have to daylight a creek is a good day,” said Green Party commissioner Stuart Mackinnon.

“The report talks about increasing biodiversity, naturalization of the area, and connectivity of waterways. These are things that we ought to be doing more of. I know it’s very expensive to do these things within the city, but we did it in a brilliant way for Renfrew Ravine, Still Creek, and other areas.”

Green Party commissioner Dave Demers added: “It’s a very exciting project. It’s one that captures the imagination of the general public. We see that with every daylight project that is out there.” 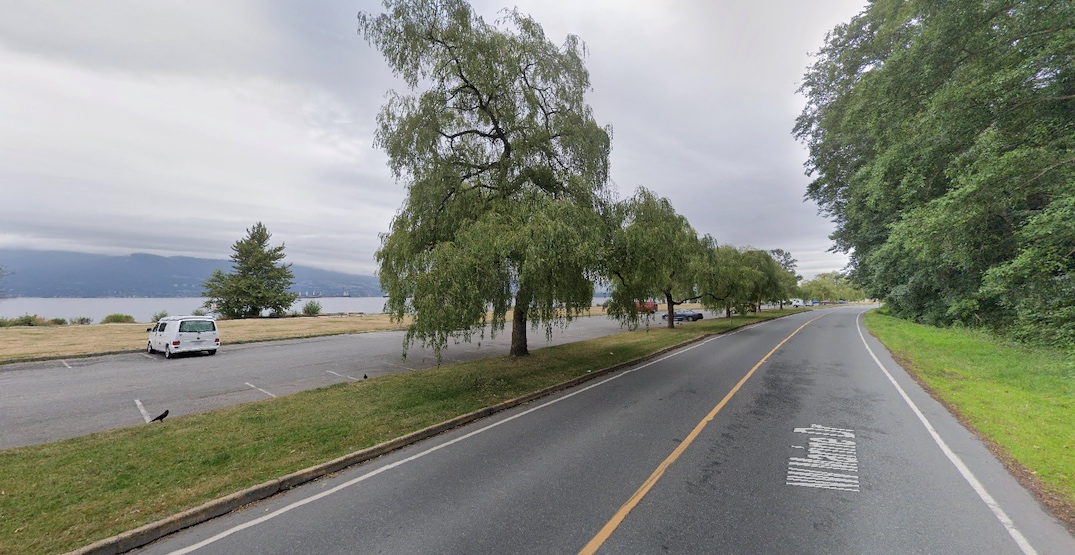 Staff with the Park Board will now take the next steps of consulting with local First Nations and pursuing a nominal rent tenure — $1.00 for the entire term — from the provincial government, given that the proposed project area sits on untenured crown land.

The Park Board, under the City of Vancouver, has a 99-year lease from the provincial government for the area that is used as a beach park. The lease expires in January 2029, and negotiations would be required for a renewal of the lease. The proposed daylighting project would be undertaken only within the city’s lease area.

Mackinnon says he wants any land that is leased from the municipal government passed to the Park Board as a permanent park.

The Park Board anticipates it will receive the required provincial approvals by late 2022. This will trigger detailed design and public consultation in 2023, with Park Board commissioners potentially reviewing the project late that year for final approval. If the project proceeds, it would be covered under the 2023-2026 capital plan, which also necessitates approval by Vancouver City Council.

Further east in Kitsilano, the Park Board has plans to daylight the historical creek that once flowed through Tatlow Park and Volunteer Park, just east of Macdonald Street.