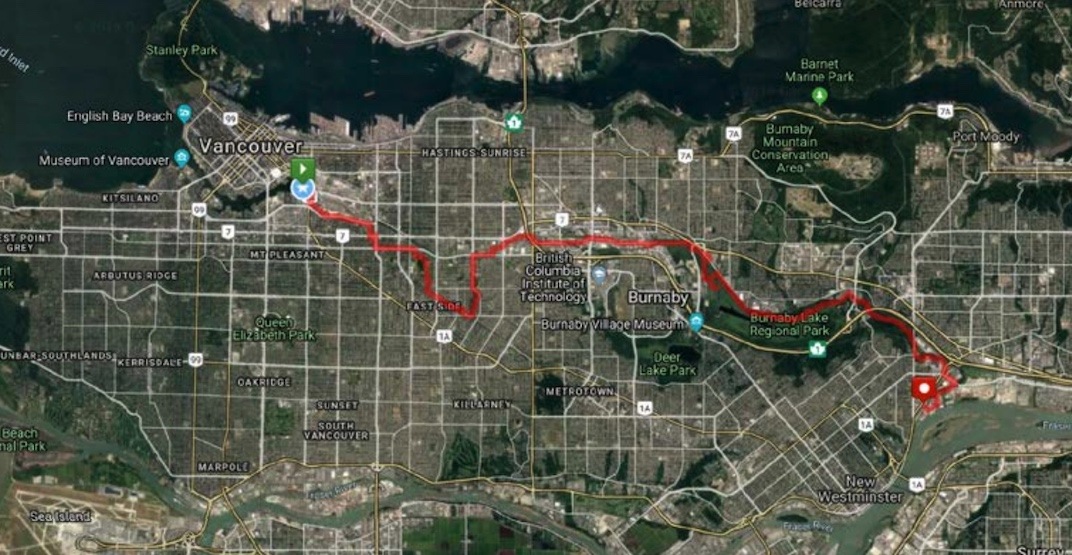 Regional cooperation could lead to the creation of a continuous east-west waterway that stretches from False Creek in Vancouver to the Fraser River in New Westminster.

On Wednesday, Vancouver City Council approved a motion that called for the planning of a creation of a ‘blueway’ that crosses through the region.

On the same day, prior to the City Council meeting, Metro Vancouver Regional District’s Parks Committee also gave its approval by passing regional motions on the financial implications to advance the completion of major regional parks and another motion that investigates the feasibility and cost of the blueway concept.

“Present day blueways can be managed from the perspective of ecological preservation and stormwater management while former blueways are treated by restoring or daylighting them,” reads the municipal motion by Green Party councillor Michael Wiebe.

With both Vancouver and the region’s approval, city staff will be supporting the planning being conducted by regional planners.

However, the brunt of the work that is required to realize the blueway route is within Vancouver’s jurisdiction.

Much of this blueway route already exists and is connected; the Brunette River ending in New Westminster connects with Burnaby Lake, which connects with Still Creek running through West Burnaby and East Vancouver. The Still Creek area near Brentwood is known to regularly flood each year, as it is a low-lying area of a large watershed.

“We don’t often think about restoring streams, but habitats are critical to the restoration of a healthy environment. I think people’s concern about the health of our environment is strong and growing,” said Green Party councillor Adriane Carr.

“It is a big bold move, and it is exactly what this city has as its core values.”