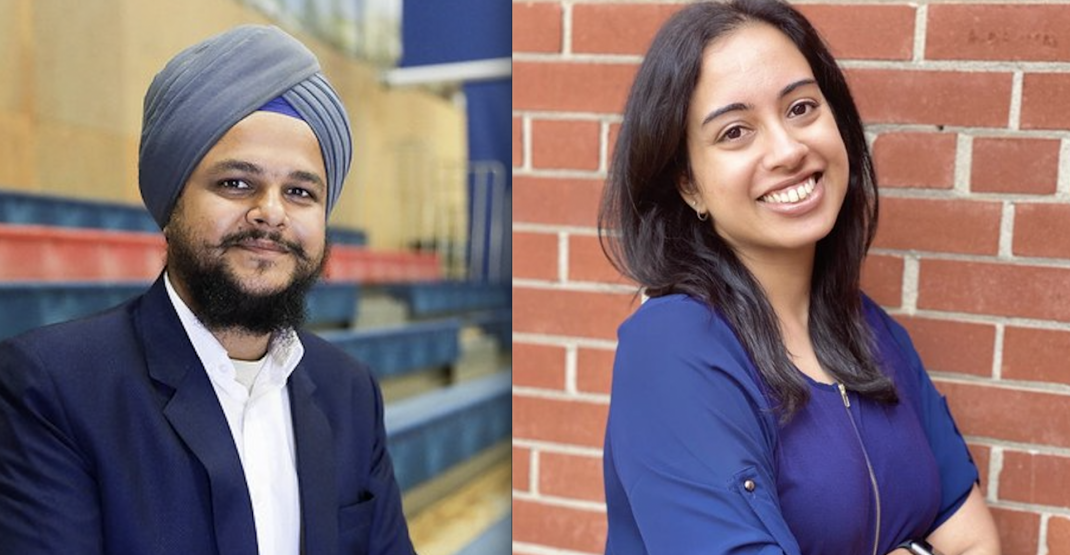 This is the first of a four-part series examining the impacts of COVID-19 on the South Asian community in Metro Vancouver.

Aside from her “be kind, be calm, be safe” mantra, BC Provincial Health Officer Dr. Bonnie Henry has repeatedly reminded British Columbians that the COVID-19 virus does not discriminate against who it infects.

But within Metro Vancouver — specifically, the Fraser Health region — the virus has had a greater impact on one specific group: South Asians.

In her November 16 update, Henry acknowledged that there has been “quite a lot of transmission in the South Asian community, particularly in the Fraser Valley [and] the Fraser Health region.”

“But we know that that’s where a lot of people of South Asian descent live, and we have a large and very vibrant active community there,” she said.

In an update just three days later, Henry was asked again about the Fraser Health region and what was making the “high counts so distinct” in that area.

She said there were a “variety of things” fuelling the surge.

Henry highlighted that Fraser Health is the largest health region by population and mentioned it is also home to many individuals who are essential frontline workers, as well as those who work in factories and large facilities, which increases their risk of contracting the virus.

Henry also discussed “cultural reasons,” such as multigenerational homes, and “why it’s so important to have community together in large numbers.”

“I know many of my colleagues and friends who are from [the] South Asian community. For example, you know having two to 300 people is your immediate family, is normal, and is important, and is part of how life is lived,” she said.

“And these are things unfortunately that this virus can exploit. It doesn’t recognize who we are, but it recognizes that when we’re in crowded situations indoors, we can pass it on.”

Evidently, there are many factors at play when examining a specific racialized community during a global pandemic and why a group is experiencing the virus at higher rates than other populations.

Although BC health officials have been able to summarize some issues regarding Metro Vancouver’s South Asian population in relation to COVID-19, there are questions left unanswered.

These unanswered questions risk turning into assumptions about how a particular group’s actions as a whole are connected to the spread of the virus.

South Asian grassroots advocates, frontline workers, and scholars have been working to provide answers to these questions.

In doing so, they have been bringing attention to systemic gaps while advocating for more data collection and cultural outreach in order to create a more contextualized understanding of why COVID-19 is impacting the community at higher rates.

The Fraser Health region has been considered BC’s COVID-19 hotspot for weeks as it’s been consistently reporting the highest new daily case numbers out of the province’s five regional health authorities.

Last week, Dr. Henry provided a spark of hope, acknowledging that cases in the region have been “levelling off.”

Spanning from Burnaby to Hope, Fraser Health is home to 75% of BC’s South Asians.

According to 2016 Census data, one in six residents in the Fraser Health region identified as South Asian with 33% in Surrey, 25% in Abbotsford, and 20% in Delta. These three communities alone make up 61% of South Asians in the province. 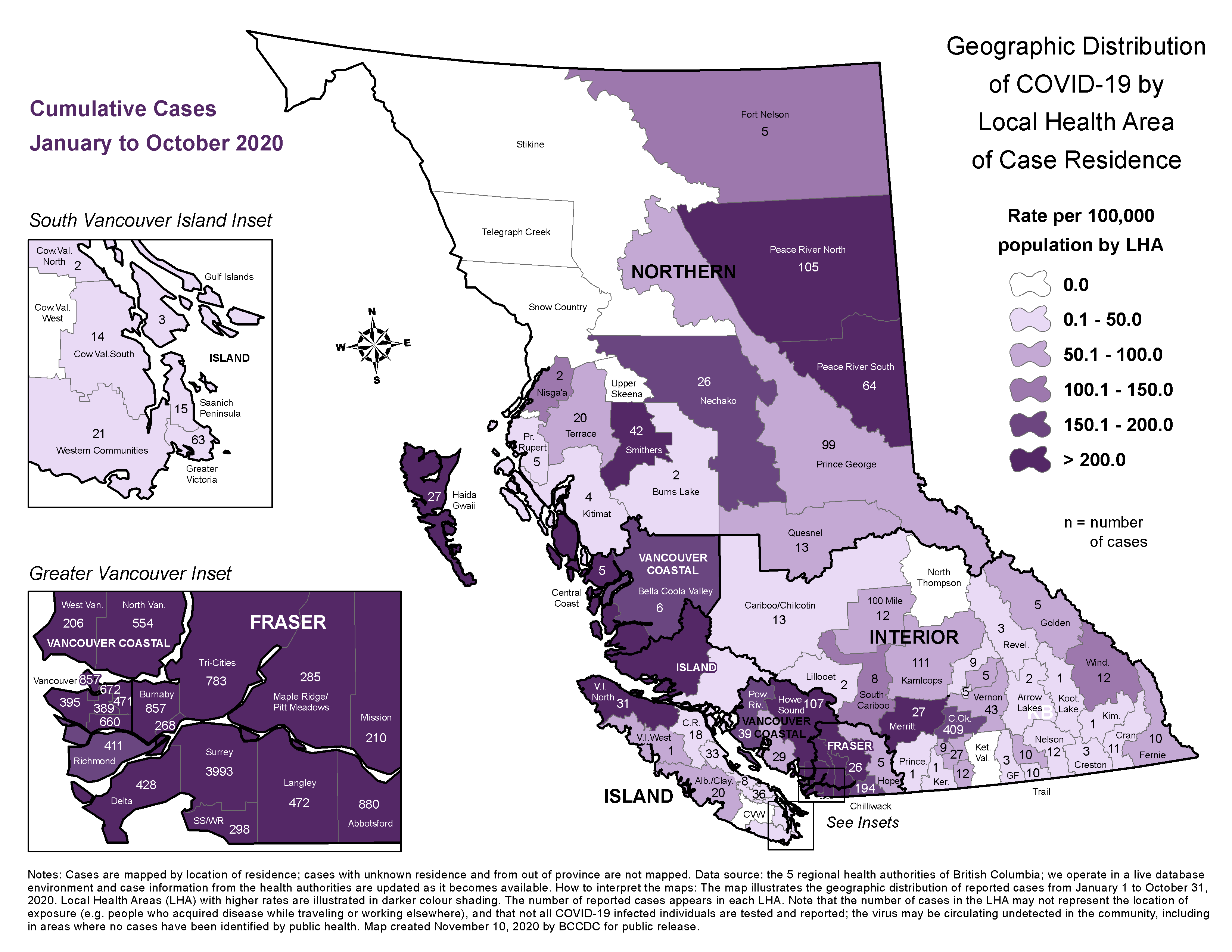 Surrey has also been noted as having the highest number of cumulative cases (3,993) in the province from January to October.

Kulpreet Singh of BC’s South Asian Mental Health Alliance says that case numbers broken down by region are simply not enough to understand how and why the virus is disproportionately impacting any racialized group.

He is calling on the BC government to start collecting more disaggregated and race-based data. 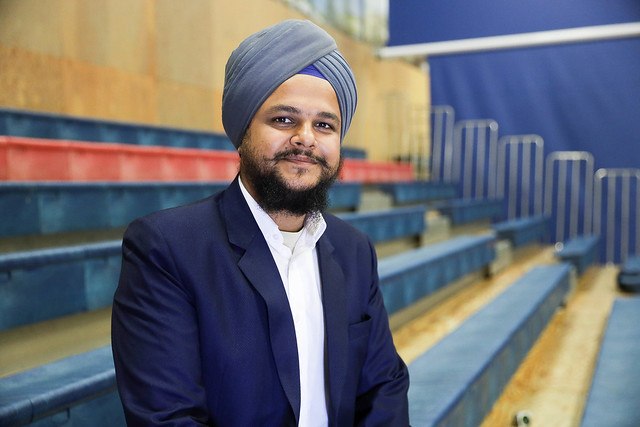 Singh says there is a two-fold approach this information could have regarding what it tells us about COVID-19’s impact on the South Asian community.

“One part is prevention,” he told Daily Hive in an interview.

“Secondarily intervention […] early intervention is better than treatment. If people had known the information in April or May that the South Asian community is being more disproportionately affected […] people could have intervened on time.”

Singh says race-based data will ultimately empower researchers and those who work in public health to make “better-informed decisions” about vulnerable communities.

In June, Premier John Horgan wrote a letter to BC Human Rights Commissioner Kasari Govender and Privacy Commissioner Michael McEvoy asking them to provide recommendations on how to collect, store, and utilize disaggregated data to create policy initiatives to address systemic racism.

In his letter, Horgan also noted that “Dr. Bonnie Henry has acknowledged it is important to understand that the impact of this pandemic may affect people who are racialized or in racialized communities in different ways.”

In response to Horgan’s letter, British Columbia’s Office of the Human Rights Commissioner (BCOHRC) came out with a detailed report in September that “answers and echoes the calls to collect disaggregated data to advance human rights.”

The report calls for the development and legislative adoption of the Anti-Discrimination Data Act (ADDA), which is rooted in the “grandmother perspective,” a form of disaggregated data collection from Gwen Phillips of the Ktunaxa Nation, a BC First Nations Data Governance Initiative Champion.

“We recommend the development of legislation that is focused on building respectful relationships with marginalized communities to ensure that community needs and voices are meaningfully included in data collection, use and disclosure processes,” notes the report.

“As experts in their own lives, community members are the ones best equipped to identify priorities and risks in potential data collection projects.”

Currently, the only race-based data collected in BC in regards to the COVID-19 pandemic has been from the voluntary May “BC COVID-19 SPEAK: Your story, our future” population health survey from the BC Centre for Disease Control (BC CDC).

In August, Dr. Henry broke down some of the data collected from the over 395,000 respondents.

Key findings showed that West Asian, Latin American, and South Asian respondents were the most likely to report increased difficulty meeting financial needs during the pandemic.

It also reported that Japanese, Korean, multi-ethnic, and South Asian respondents were the most likely to report having difficulty accessing healthcare.

On December 4, the BC CDC officially released a new online dashboard that presents the results of the survey.

The dashboard breaks down the data by the health authority, region, sub-region or community, and is divided into six categories: Response and Prevention, Experience, Risk and Protective Factors, Social Impacts, Economic Impacts, and Resilience.

Dr. Réka Gustafson, Vice President, Public Health and Wellness and Deputy Provincial Health Officer, addressed that the survey results were from May, when BC was in a very different place with the pandemic.

“We wish the data were out sooner; it was a very, very large data set. We went and did this as fast as we possibly could. I think some of the things that these data highlight, though, remain,” she said.

Singh agrees that the survey data is “an important piece of a larger puzzle around openness, accessibility and specificity of public health data.”

But he believes that “if detailed demographic data was collected during COVID-19 testing at the testing centre itself, it would give policymakers, advocates and health professionals a live snapshot of the pandemic and how to address concerns.”

He adds that this detailed data would be beneficial for understanding how the virus has impacted a wide range of communities and individuals.

“Disaggregated data is crucial to ensure equity in public health policy for Black, Indigenous, People of Colour, LGBTQ+ communities, and people from all socioeconomic backgrounds, such as the Vancouver Downtown Eastside,” he said.

“We have to prioritize”: Horgan

When Premier John Horgan was asked during a November 18 press conference if he was planning to provide public health with the resources to collect disaggregate and race-based data in the province, he noted the constraints of collecting such data.

Horgan acknowledged that “this is an issue [he] feels strongly about” but that “collection of that data and distribution of it is not as timely as [BC Human Rights Commissioner Kasari Govender] and others want to see, but the commitment is absolutely genuine, and we’re going to meet that commitment over time as resources dictate.”

“We are focused right now on hiring contact tracers,” said Horgan.”We’re hiring more public health officials to help us guide British Columbians through the challenges that we face. That’s not to diminish the importance of the race-based data collection and distribution, but we have to prioritize as all people do during a crisis […] where are we going to put our resources to best protect people?”

Singh says he was disappointed with the premier’s response and argues that collecting race-based data is a way of protecting people.

“Just kind of saying there are more urgent and pressing issues right now like the premier said, it’s really dropping the ball because it’s a problem that could have been avoided,” said Singh.

Dr. Ananya Tina Banerjee, Assistant Professor at the Dalla Lana School of Public Health at the University of Toronto, is currently working on research focused on the experiences of South Asians who have diabetes and how the pandemic has impacted their access to care.

She says data collection is “absolutely important” when looking at the root causes of why a community is experiencing specific health conditions or illnesses at higher rates than the rest of the population. 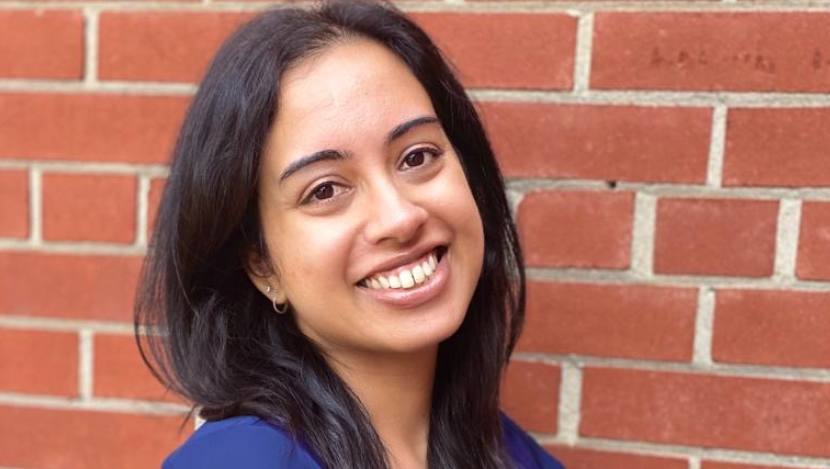 She draws parallels between Surrey and the Toronto suburb of Brampton as two areas with high populations of South Asian residents and highlights a similar narrative around diabetes and COVID-19 in these communities.

“What’s interesting is for the longest of times, diabetes was being recognized as being as a result of the culture of the South Asian communities in Brampton and Surrey because of our food and the way we eat, the perception that physical activity is not part of our lifestyle, along with a genetic predisposition,” she said.

“And again this was repeating during the pandemic, the same unfortunate biomedical discourse that as a community we are to blame of any health issues that we are experiencing the most.”

Banerjee emphasizes that when collecting and analyzing data, there also needs to be a greater breakdown to understand the diverse groups that make up various South Asian communities.

“It’s interesting when we’re using the term South Asian… I am worried it’s homogenizing our population and we know that we’re very heterogeneous,” she said, adding she has concerns about there being a lack of understanding as to who the most vulnerable groups are within the South Asian diaspora when it comes to COVID-19.

“So when we’re collecting data on the South Asian population, it’s going to be very important that we’re going to have to disaggregate data according to neighbourhoods, also understanding South Asians from which regions are experiencing the highest burden,” she said.

“It’s really important we take that intersectional lens, and we’re really looking at the region, as well as income, education, whether they came as a refugee versus a landed immigrant, and I think these are factors we’re going to have to look into or else we’re just going to be providing a one-size-fits-all approach.”