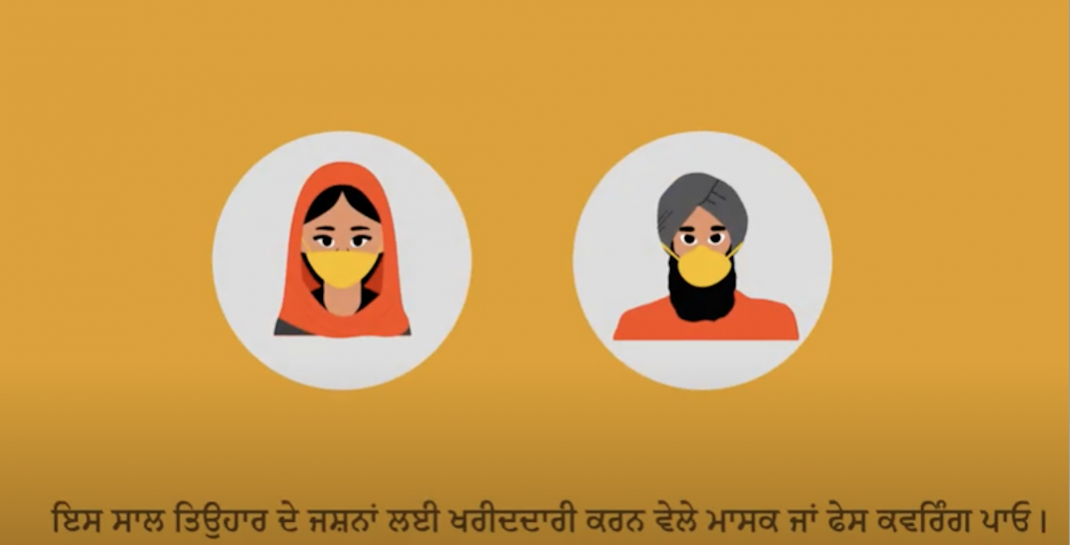 This is the third of a four-part series examining the impacts of COVID-19 on the South Asian community in Metro Vancouver.

In the days leading up to Diwali in Metro Vancouver, there was something noticeably different about the COVID-19 messaging from the Fraser Health Region — it was tailored towards the South Asian community in culturally relevant ways.

Diwali is celebrated by Hindus, Sikhs, Jains, and Buddhists across the world. It also coincides with the Sikh holiday Bandi Chhor Divas. This year, Diwali was observed on November 14, and like many other celebrations, the festivities were put on hold due to gathering and event restrictions for the Vancouver Coastal and Fraser Health regions implemented by BC health officials on November 7.

“This weekend, we encourage everyone to have a safe start to Diwali celebrations by staying home, limiting your travel and connecting virtually instead,” noted Dix and Henry in a statement released the day before Diwali.

Fraser Health also began putting out social media messaging in Punjabi and Hindi in order to reach out further to the community in ways that were both shareable and culturally relevant.

This is the kind of outreach that Kulpreet Singh with the South Asian Mental Health Alliance says there needs to be more of, and not just when there is a culturally specific event or holiday celebrated by a racialized community.

“We’re seeing some of that customization and some of that culturally relevant targeting starting to happen now, and it’s very late,” Singh told Daily Hive.

“But I think that still if there’s any progress being made, it’s good, and we should really continue pushing in that direction.”

Singh acknowledges that the BC government provides some translated materials on its website, but says these efforts could have a larger reach with culturally relevant and language-specific infographics, and audio and video interpretation for those whose first languages are not English or French.

According to 2016 Statistics Canada data, Cantonese, Mandarin, Punjabi, and Tagalog were the four most common mother-tongue languages and the most common languages spoken at home other than English and French within the Vancouver CMA, which includes Surrey, Burnaby, Richmond, Coquitlam, District of Langley, and Delta.

Singh says that messaging around orders from officials can be confusing enough for English speakers.

“You can just think [what it’s like] for immigrant populations. What about for international students [and] how confusing it would have been if there’s a complete disconnect between [Henry’s] press conferences, which have no interpretation, which don’t get replayed on ethnic media,” he said.

He believes having South Asian and other multilingual doctors and health outreach workers interpreting daily briefings and key messaging from Dix and Henry could go a long way in reaching more individuals within the community.

Limited translations for BC COVID-19 info

On its website, the provincial government provides the option to translate its orders and COVID-19-related information into several languages. 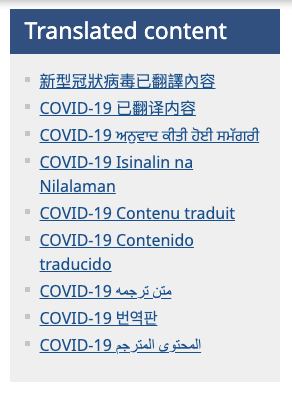 Translated materials from BC provincial government/Gov BC (Screenshot)

As for its live briefings, there appears to be only one set of translated video clips available in French, Punjabi and Chinese, which came after Henry announced regional restrictions on November 7.

The clips only included one minute and 30 seconds of Henry’s hour-long briefing.

Dupinder Saran, a registered nurse who worked with the COVID response team in Vancouver and as a Director of Care at a seniors’ facility in Surrey, says that when it comes to culturally relevant COVID-19 communication, she’s not seeing a “regular occurrence” of the messaging that can connect to diverse populations.

Saran has been using her own platforms to bring awareness and outreach to Punjabi-speaking communities through social media and while working in the community, but she says there seems to be a disconnect between what language-specific government messaging is being delivered to the public.

“What I’m seeing is there has been a few interviews on the COVID-related information and what you need to do,” she said, adding that Punjabi and Hindi radio and South Asian TV stations in Metro Vancouver are doing regular ads and messaging on their own programming.

“But I think a lot more of that needs to be implemented when it comes to having that advertisement on the government side for different cultures and being sensitive to what regions have that culture and how to identify and make sure this information is coming out.” 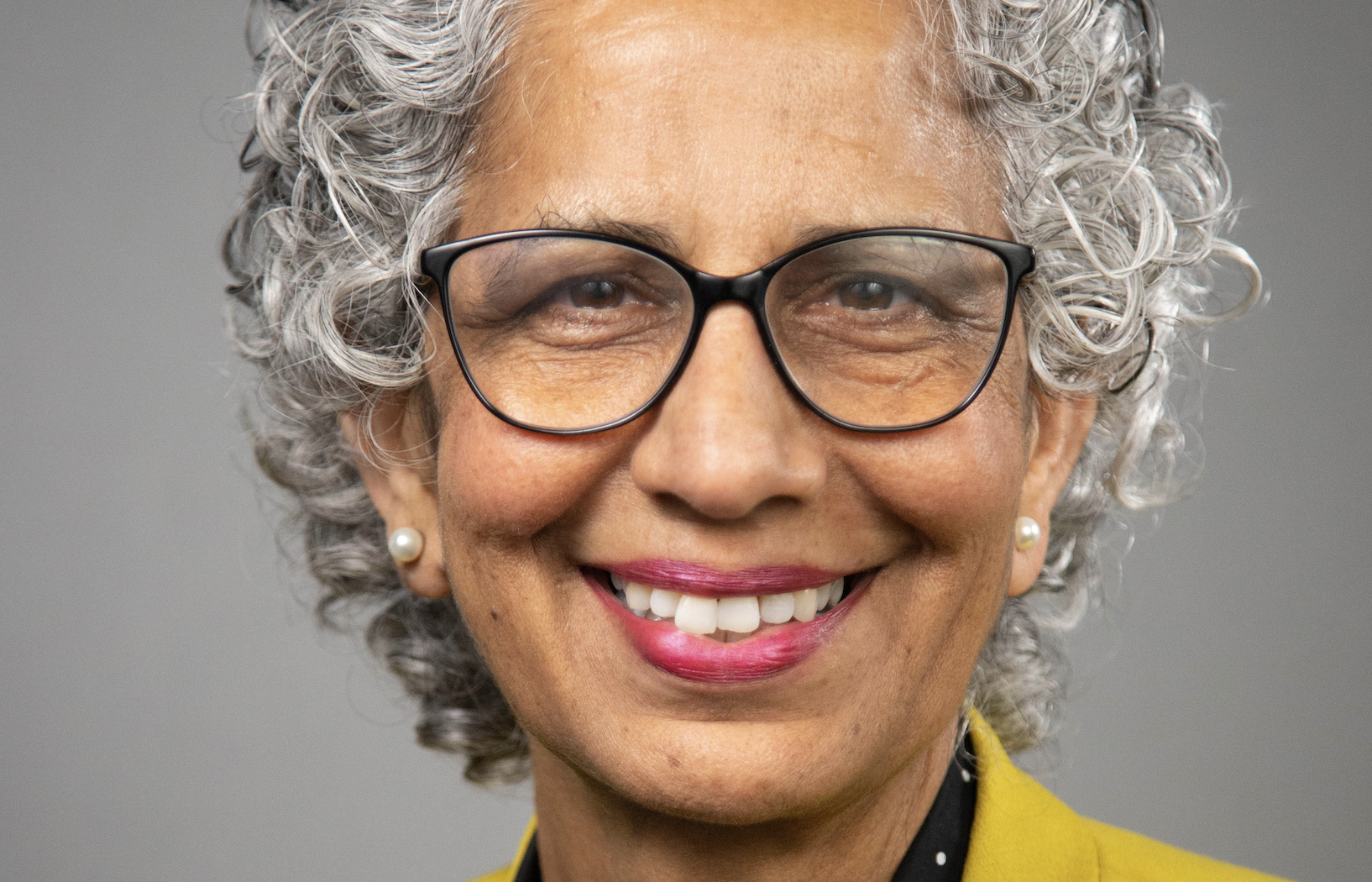 There is a specific group within the South Asian community that appears to be glazed over by outreach efforts, explains one expert.

Dr. Satwinder Kaur Bains, director of the South Asian Studies Institute at the University of the Fraser Valley, says communicating COVID-19 messaging to a large population of young international students from India has been “missed by a wide margin.”

This population has already been isolated by the pandemic, as many are here without family and financial support.

“So they have not in any way been targeted by any approach the government has taken or other groups have taken,” she told Daily Hive.

As newcomers who are trying to study, work, and adjust to new cultural and social norms, Bains adds the lives of students are “pretty complicated” and they have often been left to turn to one another for support during the pandemic.

Bains says so far, government messaging about the pandemic has been focused on gatherings, multigenerational homes, parties, and religious settings, but there hasn’t been enough done to “address the circumstances that are affecting students and affecting the South Asian community.”

When asked about what initiatives are being taken to reach out to South Asian communities to further cultural communication during a November press conference, Dr. Henry told Daily Hive that she and Dix have been working with their colleagues in Fraser Health and “have had a number of conversations in local media but also with key people and influencers and healthcare providers in the Fraser Health region.”

In a detailed email to Daily Hive, Dixon Tam, Senior Consultant and Public Affairs with Fraser Health, shared what the health authority has been doing to specifically reach out to the South Asian community with cultural messaging.

“Our South Asian Health, Public Health and Health Protection teams and others all play an active and important role in communicating with and supporting our community members of all cultural backgrounds and ethnicities, both as part of their regular work and during the pandemic to help build understanding and implementing COVID-19 safety measures. Additionally, our medical health officers and community health specialists connect with schools and municipalities in a number of ways, including community partnership tables,” wrote Tam.

“We continue to look at new ways to enhance our community outreach support to promote COVID safety measures and guidelines, and that can help our communities work together to minimize transmission of COVID-19,” he said.