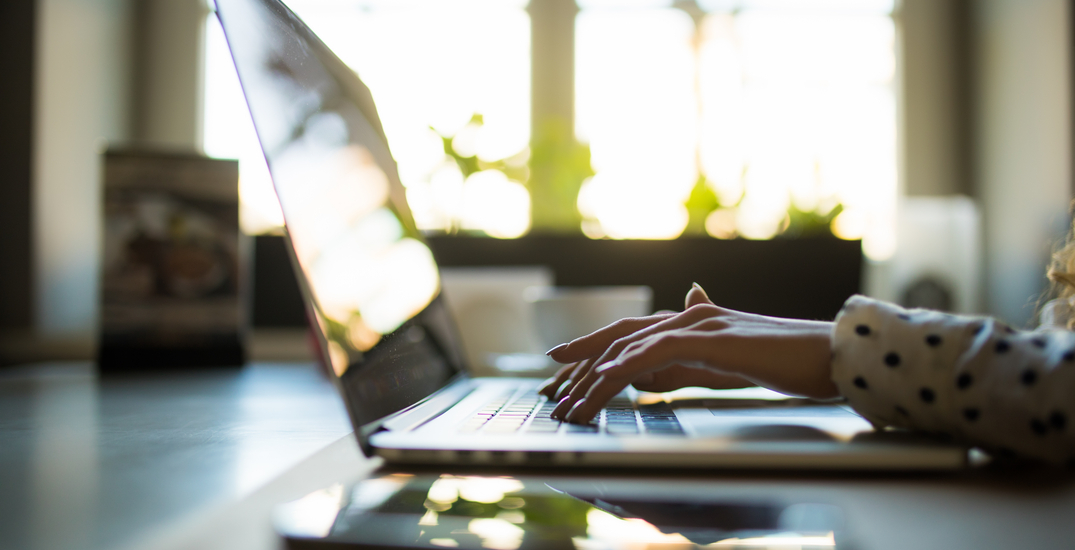 The BC Centre for Disease Control (BC CDC) has revealed a new online dashboard that presents the results of the province’s Your Story, Our Future population health survey from May 2020.

According to the BC CDC, 395,000 British Columbians participated in the survey, making it the largest population health survey in Canada.

The BC CDC says the new BC COVID-19 SPEAK Survey Dashboard allows users to take a more detailed look into how the pandemic has impacted the lives of British Columbians. 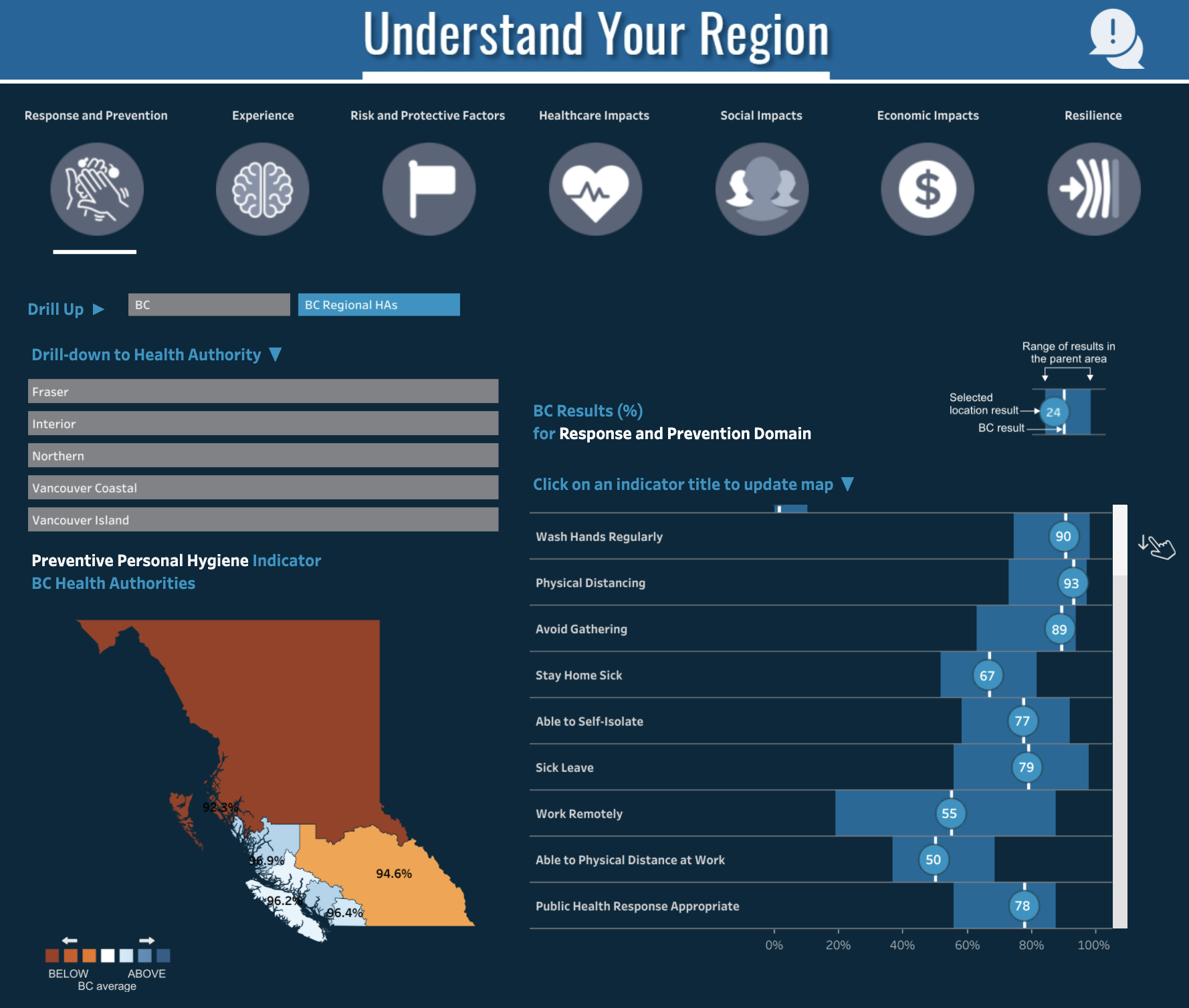 Screenshot of BC CDC Speak Results Data Dashboard/ BC CDC

The data can be broken down by health authority, region, sub-region or community, and is divided into seven categories: Response and Prevention, Experience, Risk and Protective Factors, Social Impacts, Economic Impacts, and Resilience.

The data is representative of BC’s first wave of COVID-19.

The BC CDC highlights two groups that it says were “disproportionately impacted by unintended consequences as a result of their pandemic experience, at the time of the survey.”

These groups included young people between 18 and 29 years old. The data collected shows people in this age group were twice as likely (27%) to not be working due to the pandemic, compared to BC overall (16%).

The survey also showed that 51% of households with children reported worsening mental health compared to 45% of British Columbians overall. In addition, these households showed an increase in alcohol consumption (34% compared to 24%) and extreme stress (24% compared to 16%).

In a press conference on Friday morning, Réka Gustafson, Vice President, Public Health and Wellness and Deputy Provincial Health Officer, said that she wasn’t surprised by the results of the survey, but “it confirmed some of the things that we in public health are always concerned about.”

“One of the things we try to reduce in our communities is health inequities, and we know that emergencies tend to exacerbate health inequities, and the results around young adults and people who are already vulnerable due to economic disadvantages feeling the pinch even more than others is not surprising, but I think it’s an important thing to highlight,” she said.

Gustafson also addressed the fact that the survey results were from May, when BC was in a very different place with the pandemic.

“We wish the data were out sooner; it was a very, very large data set. We went and did this as fast as we possibly could. I think some of the things that these data highlight, though, remain,” she said.

“And in fact, what we knew about COVID-19 and the people who [were] at risk from COVID-19 and who is experiencing the burden of the experience of the pandemic, I don’t think that’s changed. And I think one of the values is to make sure we continue that conversation even at the height of the second wave.”

Although the data has just been revealed, Dr. Jat Sandhu, Consultant in Epidemiology and Population Health Management at the BCCDC, said during the press conference that the data has been used for months to inform the guidance documents from the BC CDC.

“Whilst the data is actually being released right now, the data has been fit into a number of different processes and reports and guidance since then,” he said.

Disaggregated data collection in BC

The survey results are BC’s first major disaggregated data release in regards to the COVID-19 pandemic.

When Premier John Horgan was asked during a November 18 press conference if he is planning to provide public health with more resources to collect disaggregate and race-based data in the province, he noted this wasn’t the provincial government’s main focus at the time.

Horgan acknowledged that “this is an issue [he] feels strongly about,” but “collection of that data and distribution of it is not as timely as the [BC Human Rights Commissioner Kasari Govender] and others want to see.”

“We are focused right now on hiring contact tracers,” said Horgan. “We’re hiring more public health officials to help us guide British Columbians through the challenges that we face. That’s not to diminish the importance of the race-based data collection and distribution but, we have to prioritize as all people do during a crisis… where are we going to put our resources to best protect people?” he said.