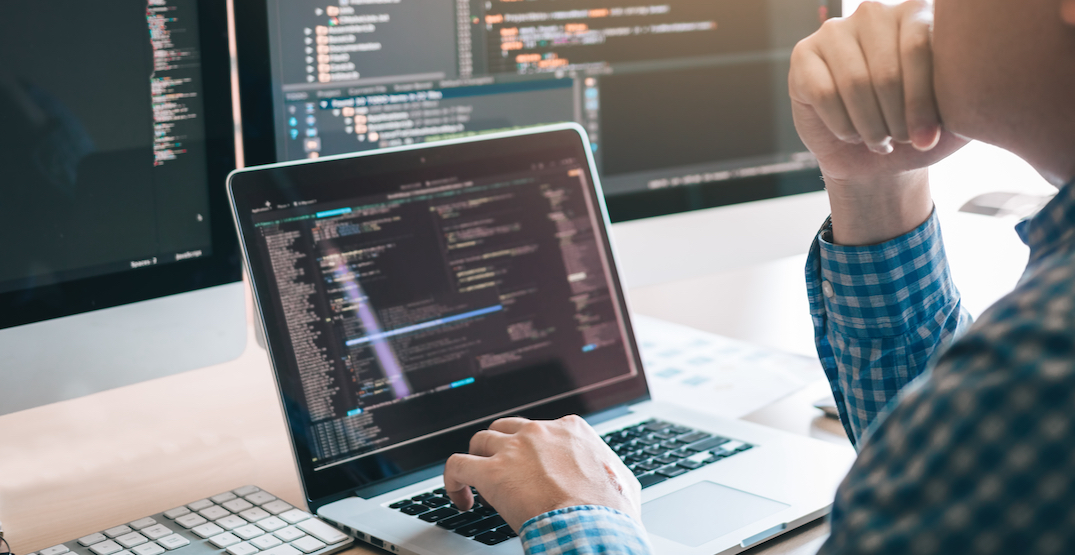 When Aileen Lee coined the term “unicorn” in 2013, the American venture capitalist estimated that only 0.07% of privately held startups ever reach a $1 billion valuation. The ones that do, she wrote, become “unicorns” because they are so very rare.

So what are we to make of the fact that a mind-blowing 10 Vancouver-area companies – AbCellera, BlockStream, Clio, Dapper Labs, Galvanize, GeoComply, Nexii, Thinkific, Trulioo and Visier – have all become unicorns over the past 12 months, with the last two on that list earning that status within the last few weeks?

This unicorn rodeo isn’t all that surprising given the city’s 21st-century history. The arrival of the heaviest of tech hitters – Amazon, Electronic Arts, Microsoft and Slack, to name a few – kick-started a dynamic tech ecosystem that allows entrepreneurs to learn the ropes before launching ventures of their own, and encourages established founders to launch more startups.

Combine this snowball effect with tech-focused post-secondary institutions and industry associations and accelerators, and the outcome seems almost inevitable. Vancouver is now home to around 100,000 tech employees – that’s about 40% more than in 2016, according to a new CBRE report – with tech positions accounting for 8% of all jobs in a city that is about to crack the Top 10 in North America when it comes to tech talent. The city’s tech sector may still have a long way to go to rival the likes of Silicon Valley, Seattle and Toronto – as the BC Tech Association points out, local startups need more support to grow and scale into anchor companies – but there’s certainly no shortage of positive momentum. Now we need the federal and provincial governments to step up with more support, which makes the upcoming federal election all the more important to Vancouver’s thriving tech scene.

For tech talent, venture capitalists and investors who are able to correctly identify the city’s next unicorns – let’s call them “soonicorns” – the rewards would be rich indeed. Daily Hive staff have been following the six below closely and are ready to anoint them as BC’s next wave of soonicorns.

The good news: the US and Canadian governments provide more than $15 billion in R&D tax credits to businesses each year. The bad news: The application process is cumbersome, prone to stressful audits, and receiving the money can take as long as 16 months because applicants need to wait for tax filing season and government processing.

By democratizing the process, Lloyed Lobo and Alex Popa’s innovative venture has already helped thousands of SMEs secure more $200 million in credits. Boast’s technology automates applications and provides an immediate cash advance so businesses don’t have to wait for the government for their much-needed refunds.

It is also resonating with investors. Boast.AI recently secured a $100 million credit facility from Brevet Capital, in addition to a $30 million Series A led by Radian Capital announced last December.

With Bill Gates as a backer and Shopify as a customer, need we say more? Carbon Engineering’s megaton-scale Direct Air Capture (DAC) tech is so cool we can’t help but go on: Since 2015, it has been extracting carbon dioxide from the atmosphere and permanently storing it deep underground. Since 2017, it has been converting this CO2 into clean, affordable transportation fuels.

It’s not often companies make financial and environmental waves at the same time, but CubicFarm Systems is doing exactly that by growing food and livestock feed indoors 365 days a year. That’s a game-changer when you look at the growing season and drought across North America.

As well as transforming wasteful and unreliable global supply chains into local chains that drastically reduce food waste, crop unpredictability and the environmental impacts of shipping, the Langley-based company is turning heads among investors. Those include a private investor group that recently provided a $1.2 million deposit for the purchase and installation of the company’s first FreshHub, a new project to deliver a commercial-scale system with 96 CubicFarm System modules that takes up just one acre of land.

The problem: Millions of sales professionals spending countless hours entering and re-entering notes into CRM services instead of getting out there selling. The solution: Dooly’s CRM software, which instantly syncs notes to Salesforce, Slack, G-Suite and more. This stops the madness of doing duplicative work, and leverages AI to surface real-time battlecards based on the context of customer calls, which is proven to close more deals. Having raised a total of $105 million in seed, Series A and Series B funding, Dooly is clearly onto something big.

With more than half of Vancouver’s new unicorns having Technology Impact Awards (TIAs) in their trophy cases, the buzz around the province’s largest and longest-running tech awards program is louder than ever.

It certainly helps that last year’s winner in the “Company of the Year – Growth Success” category is having such a stellar 2021 in the wake of a $15 million Series A funding round. By providing a lens for enterprises into their competitors’ worlds, and continuously updating and connecting dots to help them win more business, Klue is offering a new way for product marketers and sales enablement teams to capture, manage and curate intel from the web and across companies, and then communicate insights through platforms their teams already use.

A 2021 TIAs finalist in the “Tech Culture of the Year” category, Rival is the company behind the world’s first enterprise mobile messaging-based market research platform. By leveraging a smartphone’s chat, video and voice technologies, Rival’s platform is enabling marketers and researchers from global brands such as Pepsico, Diageo and the National Football League to engage modern mass consumers.