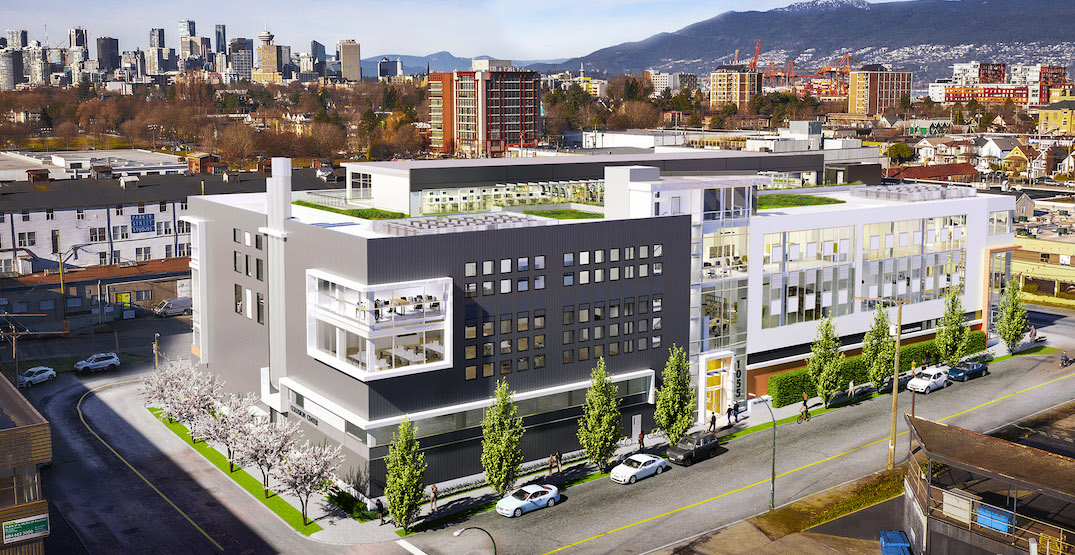 A homegrown pharmaceutical company has announced plans to significantly scale its operations with the opening of a new production facility in Vancouver’s False Creek Flats.

Precision NanonSystems (PNI) will occupy 75,000 sq ft of space at the new four-storey strata office and industrial building currently being built by local developer PC Urban Properties at 1055 Vernon Drive, located at the northeast corner of the False Creek Flats.

The new Evolution Block building will contain PNI’s new global headquarters and a new genetic medicine Good Manufacturing Practice (GMP) biomanufacturing centre, which would allow the company to expand its capabilities to include the clinical manufacturing of RNA vaccines and therapeutics.

Federal funding totalling $25.1 million for PNI was first announced in February 2021 towards covering part of the development costs of such a facility, as part of the federal government’s new strategy to better ensure Canada has the domestic capacity to secure its own COVID-19 vaccines and prepare the country for future pandemics. It is estimated the vaccine production capacity of the new facility will be 240 million doses annually.

The facility also provides the company’s partners in drug research with the ability to reach clinical development. 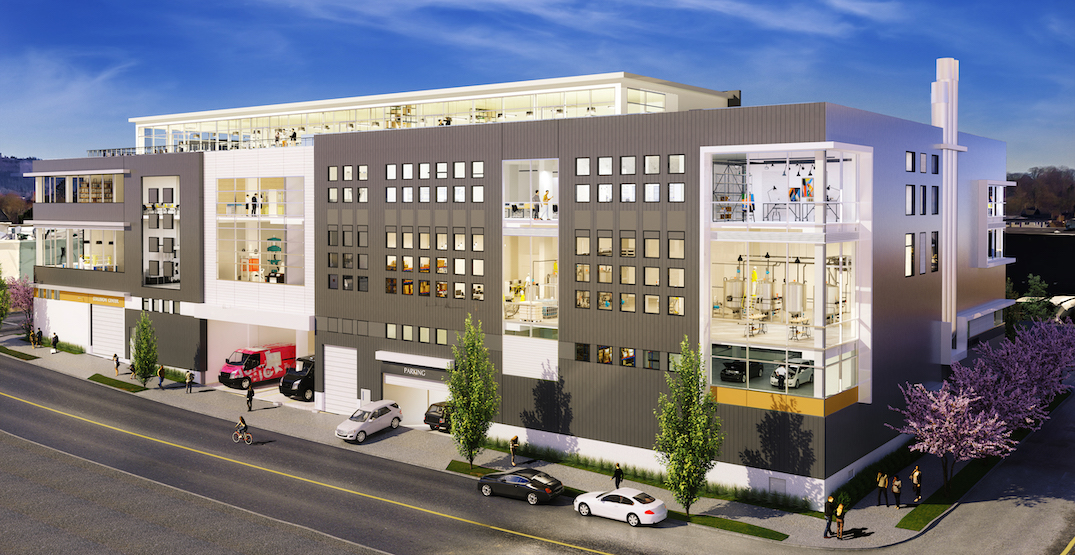 With the new facility scheduled to open by late 2022, PNI is currently in the process of hiring, with nearly 200 life science professionals needed to work at the location.

“This is a huge leap forward in our mission to accelerate the creation of transformative medicines that significantly impact human well-being,” said James Taylor, general manager of PNI, in a statement.

“We are proud to contribute to the Canadian biotechnology industry by enabling them to develop and manufacture the next generation of medicines.”

Workers at the building also have access to a large outdoor rooftop amenity deck, and 130 vehicle parking stalls in two underground levels. The building’s design firm is Christopher Boyzk Architects. 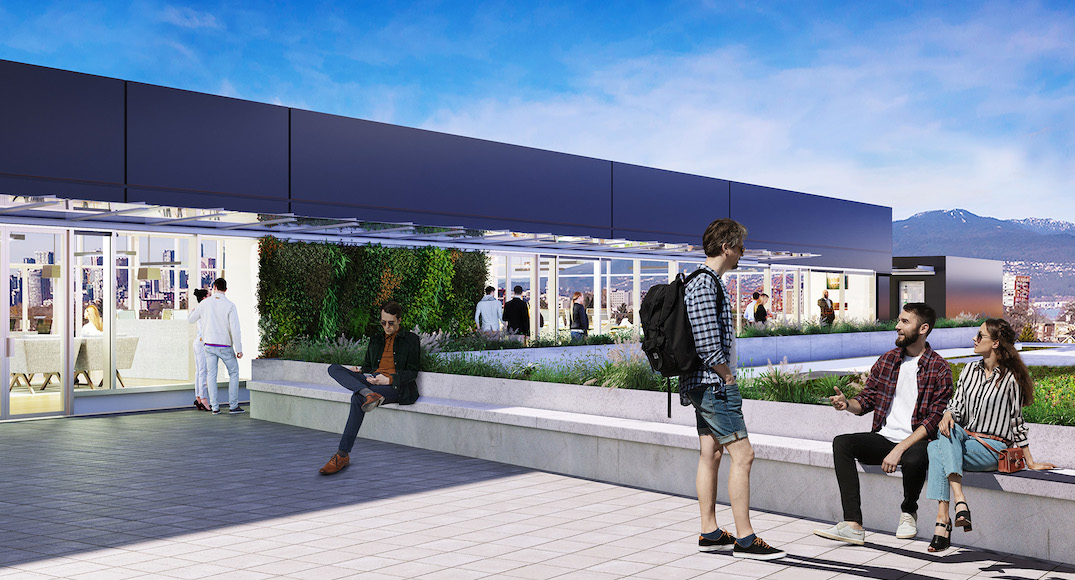 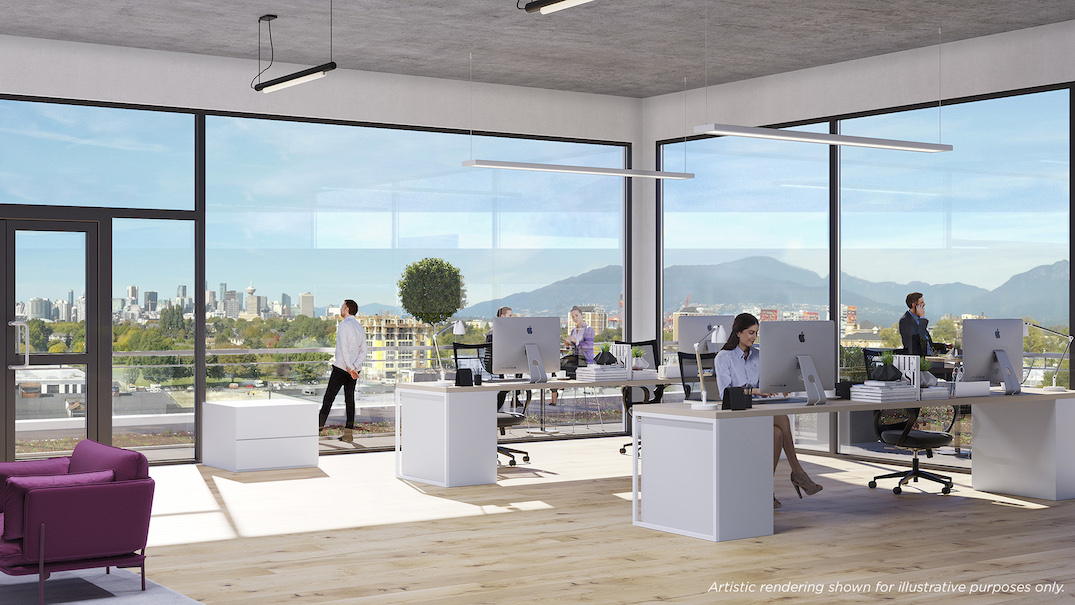 PNI’s location in the False Creek Flats is strategic, given the close proximity to the new St. Paul’s Hospital campus and the growing concentration of tech and healthcare-based industrial businesses.

Earlier this summer, AbCellera also announced plans to build a 130,000 sq ft GMP manufacturing facility for therapeutic antibody treatments, located nearby at 900 Evans Avenue, just north of Home Depot. This is in addition to AbCellera’s new headquarters office and research campus at 110 West 4th Avenue in the Mount Pleasant Industrial Area (MPIA). Both AbCellera facilities will reach completion between 2023 and 2024.

All of this aligns with the City of Vancouver’s employment intensification strategies for the False Creek Flats and the MPIA.

“We’re excited to welcome PNI to Evolution Block, a pioneering stacked industrial development that will help transform one of the city’s oldest industrial neighbourhoods into its reimagined future.”

PNI’s headquarters is currently located in a business park at 655 West Kent Avenue North in South Vancouver. It has seven satellite offices around the world, including San Francisco and Boston.