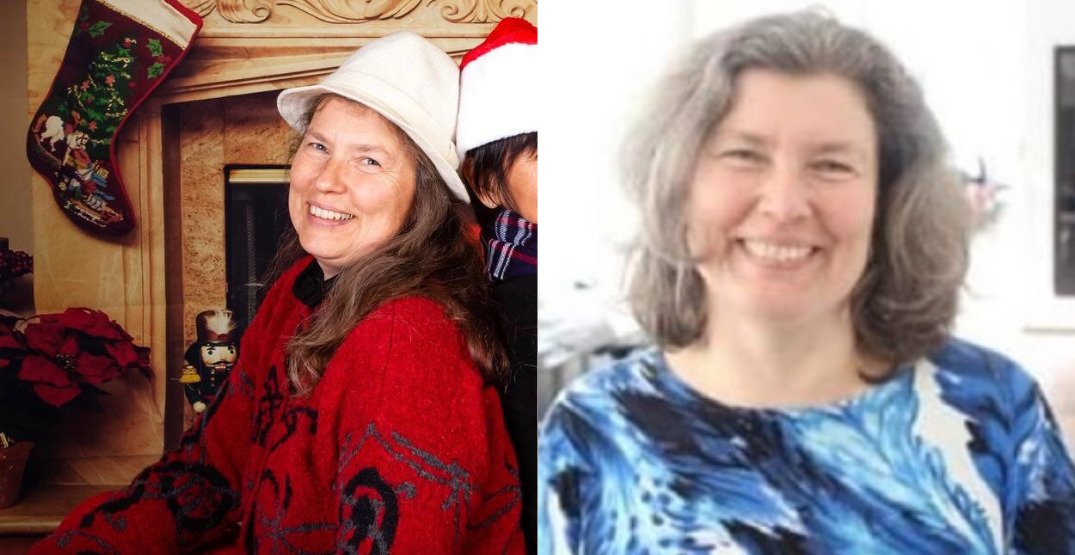 Christiane Rohr has been missing since Monday (VPD)

A 55-year-old woman who resides in the Champlain Heights and Killarney areas of Vancouver has gone missing, and police are worried that weather conditions could complicate the search.

According to the Vancouver Police Department, Christiane “Chris” Rohr has been missing since Monday. In a release, the VPD says Rohr left her home at Three Cedars Drive at around 5 pm on January 3 to take a walk.

She did not return home, and her disappearance is being described as “out of character.”

“VPD investigators are working closely with Ms. Rohr’s family and friends to find out where she went and why she has not been seen,” said VPD Sergeant Steve Addison in a statement.

“We are all concerned for her safety, and we’re asking anyone who has seen her since Monday to call 911 immediately.”

Police believe that Rohr may have ventured into the expensive park and path network at Champlain Heights. Rohr is believed to be an avid walker. Heavy snow is expected to hit most of Metro Vancouver on Wednesday evening, and Daily Hive asked the VPD if the weather was a concern in the search.

“The cold weather is definitely a concern, and the network of trails and green spaces does complicate the search,” said Addison.

Ms. Rohr is described as Caucasian, with fair skin. She is five-foot-four, with a medium build and light brown and grey hair, which she usually keeps in a bun.

She was last seen wearing a three-quarter-length reflective grey and silver Helly Hansen jacket with a red jacket underneath, a toque, and black pants.

The VPD is asking anyone who sees Rohr to call 911 and stay with her until first responders arrive on the scene.