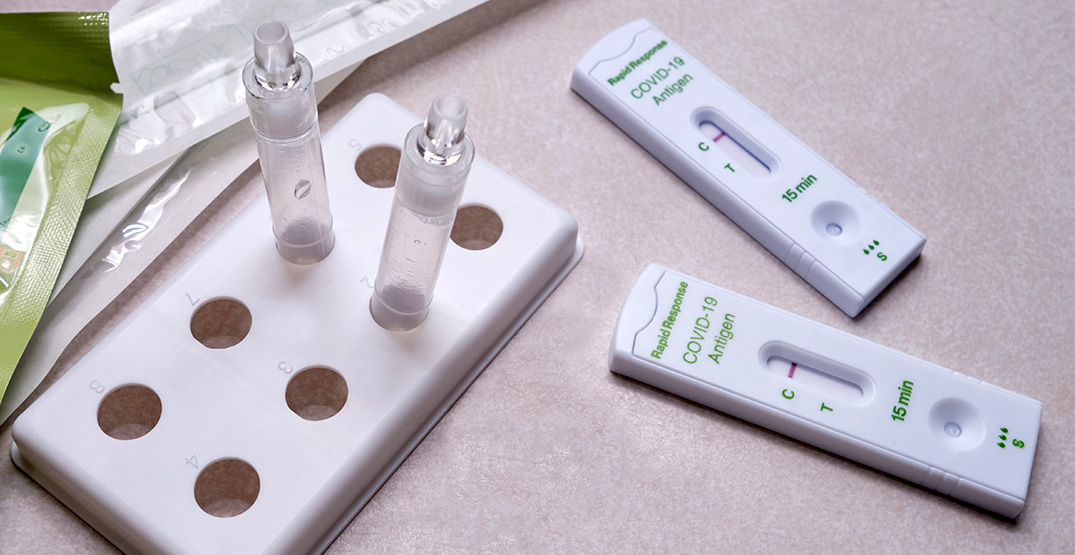 The federal government announced that it would deliver an additional 140 million rapid tests to provinces this month.

“As requested by our colleagues from provinces and territories, these tests will be allocated to them on a per capita basis,” said Minister of Health Jean-Yves Duclos during a COVID-19 briefing on Wednesday.

Duclos made the announcement alongside Prime Minister Justin Trudeau and Finance Minister Chrystia Freeland. He specified that the 140 million tests are, on average, one rapid test per week per person in Canada in January.

“Today I’m pleased to confirm that an additional 140 million rapid tests will be delivered to provinces and territories in the month of January,” federal health minister Jean-Yves Duclos announces in Ottawa. The tests will be allocated on a per capita basis.#cdnpoli pic.twitter.com/B5SDjJJcwF

This comes as Omicron cases surge across Canada and provinces struggle to comply with testing demands.

British Columbians, for example, have been waiting for access to free rapid tests since December.

In Ontario, rapid tests were in such high demand that people started reselling them.

“Our job is to procure as many [rapid tests] as we possibly can and get them to the provinces free of charge,” said Trudeau. “They will make determinations around delivering them to people.”

Additionally, Chief Public Health Officer Dr. Theresa Tam said the country should not miss the entry of Omicron or its spread in a community.

“There’s enough testing to detect it,” explained Tam. “We are doing more daily tests than any other period during the pandemic.”

However, experts have warned that the rapid antigen test may not always detect whether someone is positive with the Omicron variant.

Before December last year, the government had delivered 85 million rapid tests to provinces and territories, and an additional 35 million tests were provided in the month of December.