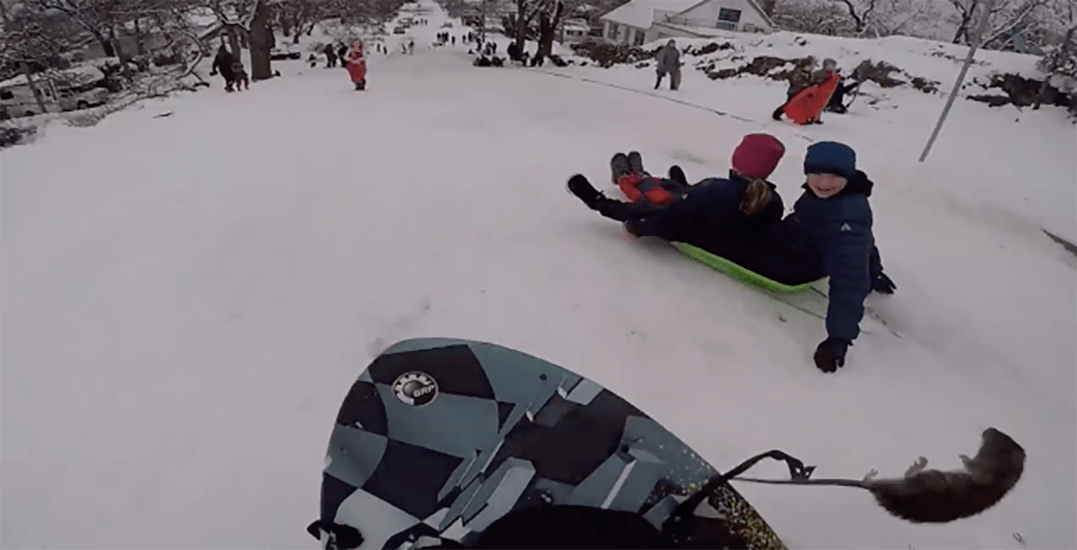 Why did the rat cross the road?

Well, for whatever reason, it probably didn’t have a great time.

A recent video captured in the snowed-in city of Victoria is showing the quirky encounter that a giant rat had with a group of sledders.

Cole Salsman, like many others, was making the most of the city’s heavy snowfall and took to Ryan Street hill. During his descent down, he and another sledder were interrupted when the rat attempted to run across the hill.

Halfway through the video, the rat sprints across the hill, and although it avoids one sledder, it goes flying after colliding with Salsman.

Fortunately, the animal doesn’t seem to be hurt and scurries off without any trouble.

But really, there’s something you don’t see every day.