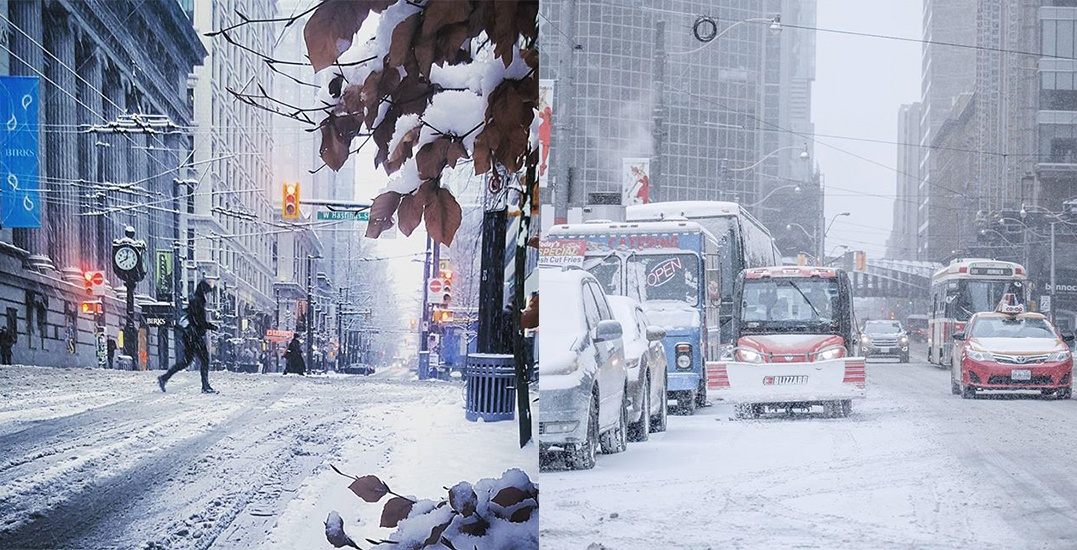 On Tuesday, February 12, both Vancouver and Toronto witnessed a blistering amount of snow.

And it definitely doesn’t happen often but for once, Vancouver received the exact same amount of snowfall as Toronto.

And according to Environment Canada, when all was said and done, both cities received 7.4 cm in total snowfall.

The biggest differences were that Toronto received a minor amount of rainfall and that they were several degrees colder than Vancouver, -7.9°C as compared to -3.2°C.

As far as today goes, no weather alerts have been issued by Environment Canada to either city just yet.

Toronto is set to see light snow turn into flurries come midnight and a low of -7°C.

Vancouver may see some flurries, but they’re likely to cut off before noon.

And to think, just a few weeks ago, Vancouver was bragging about seeing spring flowers blooming on the West Coast.