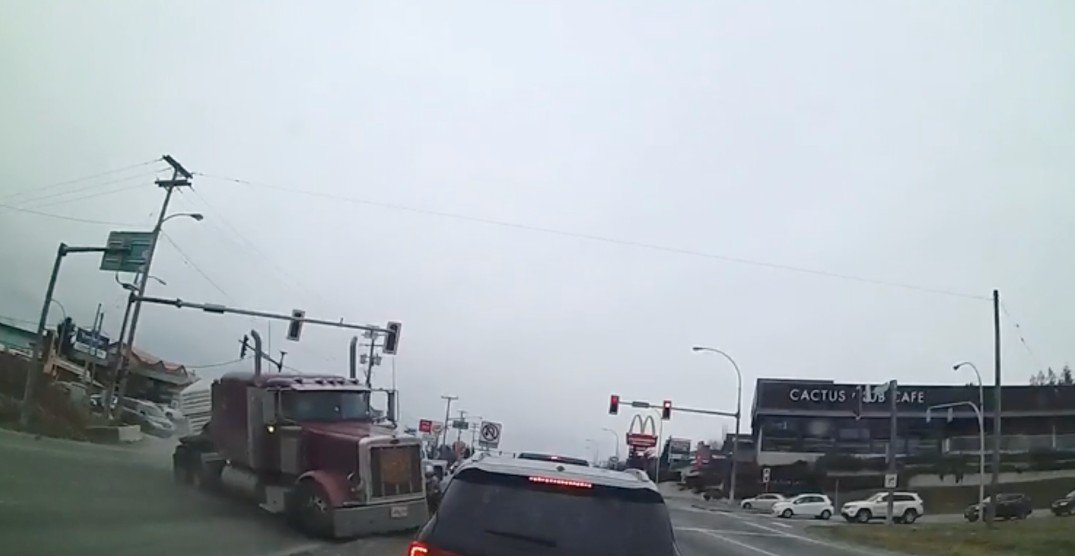 A dashcam captured shocking video footage of a semi-truck flipping on its side and colliding with an SUV in Abbotsford on Sunday.

The footage, posted on Reddit by user Frost92, captures a white pickup truck driving into the middle of the intersection at Sumas Way and Lonzo Road hitting an oncoming semi-truck.

The semi then swerves into other lanes and crashes into an SUV.

According to Abbotsford Police, roads were closed for several hours as emergency crews responded to the accident.

Abbotsford emergency services are responding to a collision on Sumas Way @ the w/b entrance to Hwy 1 (see map). This intersection is closed & access to Hwy 1 w/b & Sumas Way n/b from here is temporarily closed. Pls use alternative routes. pic.twitter.com/M71CJkaEGu