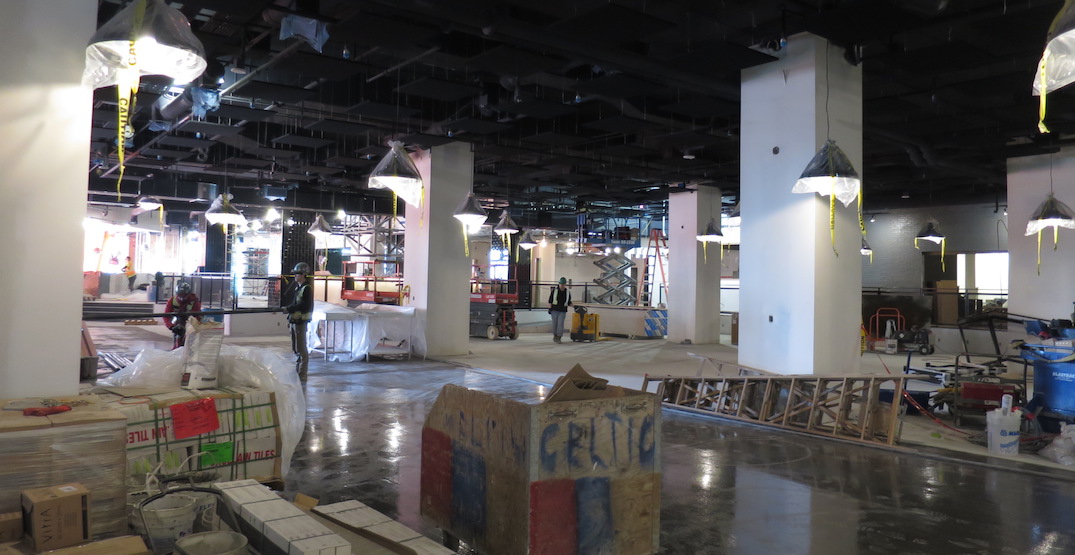 Construction on Metro Vancouver’s first The Rec Room is on pace for an opening sometime this spring.

Cineplex provided Daily Hive Urbanized today with a behind-the-scenes tour of the construction progress of its new entertainment and dining hub at the new The Amazing Brentwood (TAB) shopping mall complex in Burnaby.

The 40,000-sq-ft attraction will be the company’s ninth The Rec Room location, with a capacity to hold up to 1,300 guests.

Within the separate The Rec Room space, there will be approximately 90 arcade and video game machines within the 8,400-sq-ft “The Yard” area, including classics and pop culture favourites such as Mario Kart, Pong, Space Invaders, Jurassic Park, The Walking Dead, and Marvel-themed games.

Other activities include state-of-the-art experiences like Halo and premium virtual reality. Pool and ping pong tables will be available too. 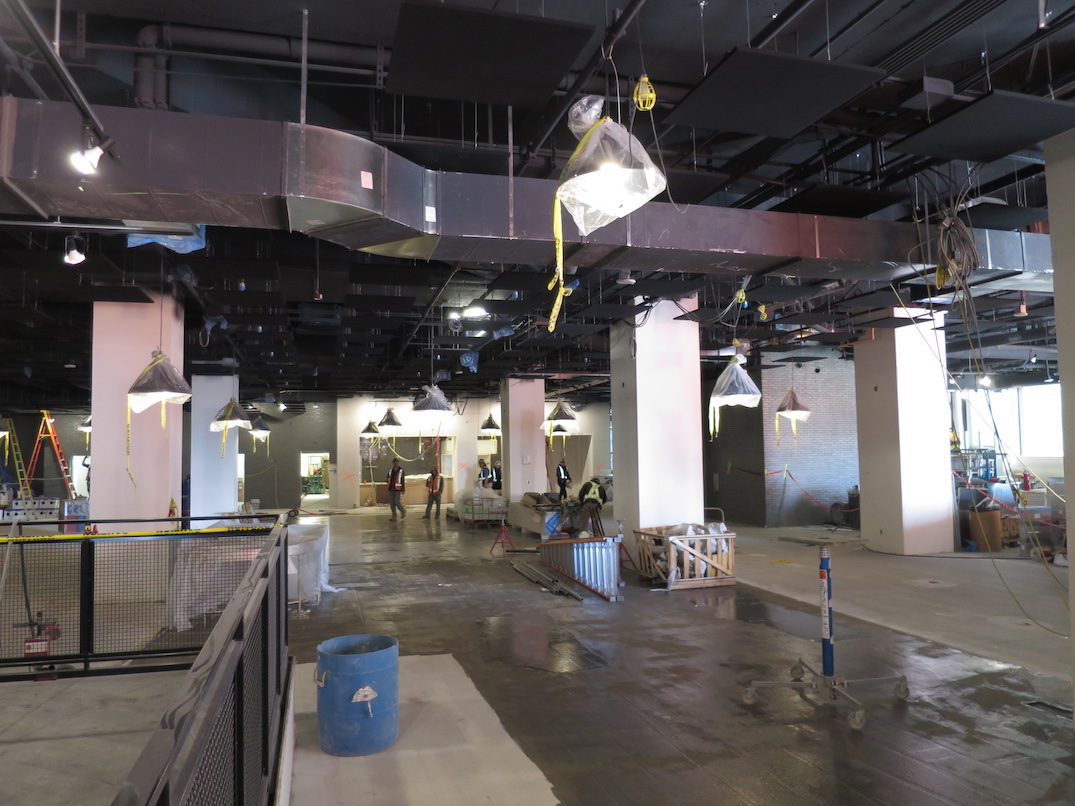 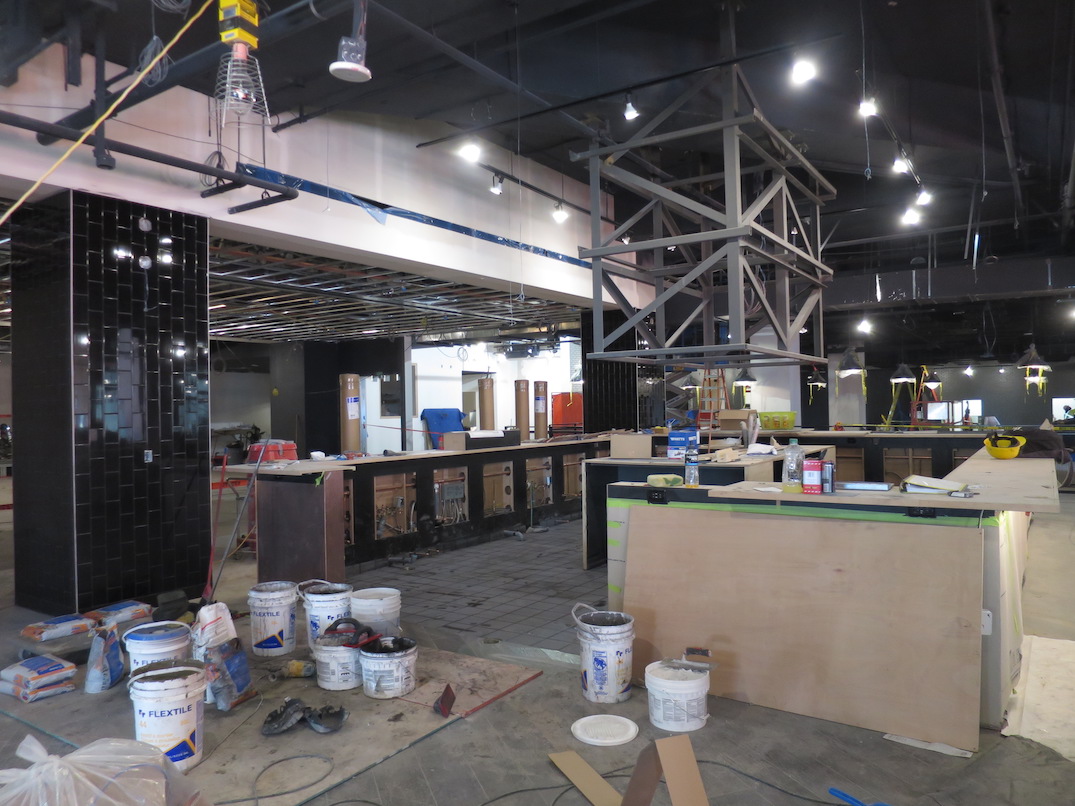 The games run on RFID wristbands, providing improved convenience over the traditional token system. Accumulated points can be redeemed at the “Trophy Case,” where top prizes include Nintendo Switch consoles, Beats headphones, drones, and other nostalgia-inspired treats and toys.

“It’s a very social space,” said Christina Kuypers, the vice-president of operations and guest experience for Cineplex’s The Rec Room and Playdium division. “We want many different people with different interests to find an activity or game that they like. But we also know people are going to share their expertise with other guests… we see hardcore and casual gamers interacting all the time.”

Beyond the gaming, this The Rec Room has two main dining options — the casual sit-down dining restaurant called Three10, named after Canada’s three territories and 10 provinces, and The Shed for quick bites and drinks.

The restaurant’s dining area is on the edge of the floor-to-ceiling windows that overlook TAB’s expansive fountain plaza below. 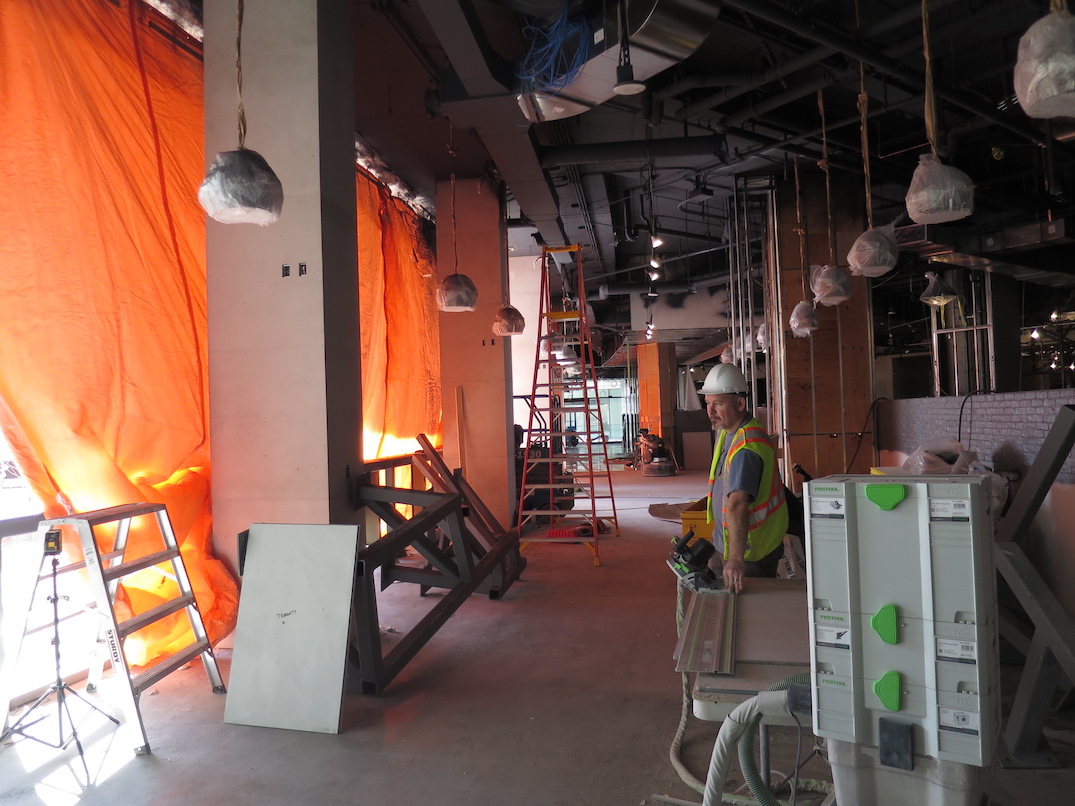 A large box-shaped bar is accessible from all of its sides, including “The Hall,” which is the live entertainment venue, featuring programming such as live music, comedy, burlesque, drag shows, and even themed nights like Latin music and K-pop.

This space also offers regular live trivia and karaoke, except that instead of singing into a machine, guests will be performing with a live band on stage.

Over 70 television screens will be scattered across the entire The Rec Room, enabling guests to follow their favourite sports events from varying entertaining and dining environments.

Additionally, there are bookable flexible event spaces for corporate functions and social parties, like birthdays and graduation.

So how exactly does The Rec Room differ from Cineplex’s other entertainment concept, Playdium?

Moreover, The Rec Room’s dining options are elevated to a mid-market level, and it offers some mature game titles that are unavailable at Playdium.

“The Rec Room and Playdium really compliment each other really well, because The Rec Room is geared more towards millennials and boomers with kids, while Playdium is geared towards teenagers first and then families,” she said. 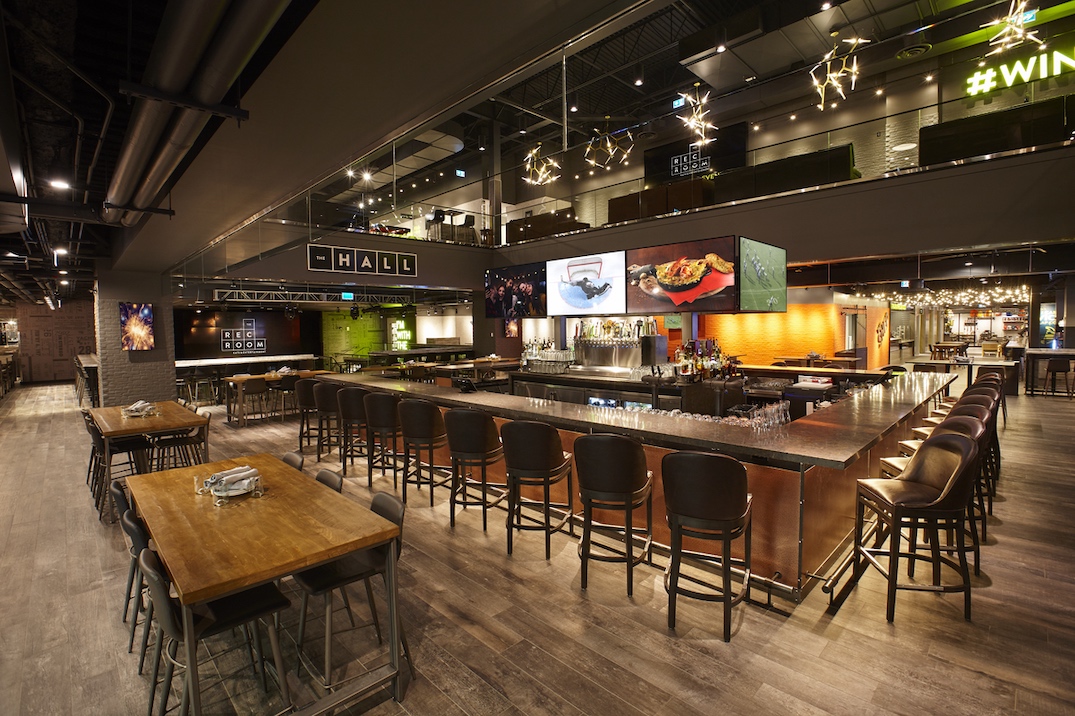 For this particular location at TAB, The Rec Room provides theatregoers upstairs with an activity option before or after their movie. VIP Cinemas and The Rec Room combined are expected to be a significant foot traffic generator for the newly-built mall.

In late 2021, Cineplex will open its second The Rec Room location in the region at 855 Granville Street in downtown Vancouver, within the former Empire Granville 7 theatre complex it owns. The theatre shut down in 2012, and has been vacant ever since.

The 45,000-sq-ft, multi-level location will retrofit three interconnected buildings, dating as far back as 1893, with the construction work entailing the restoration and enhancement of the heritage building facades. This Rec Room location’s live entertainment venue within the basement is far larger, spanning 11,000 sq. ft. with a capacity for up to 640 people.

“I think our Rec Room in downtown is really going to reshape Granville Street,” said Kuypers. 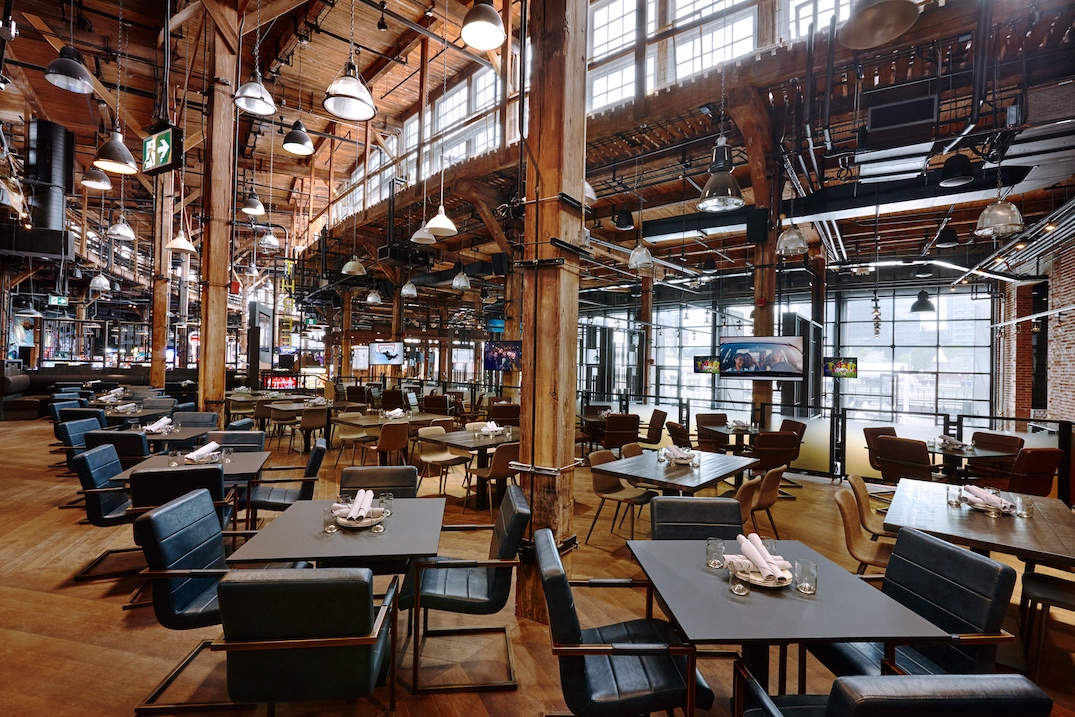 Cineplex’s last full-scale entertainment attraction in the region was its Playdium location at Metropolis at Metrotown. It was open between the late 1990s and 2005, until it was replaced by Winners.

The company has plans to open a new Playdium attraction in Metro Vancouver, with the location slated to be announced shortly.