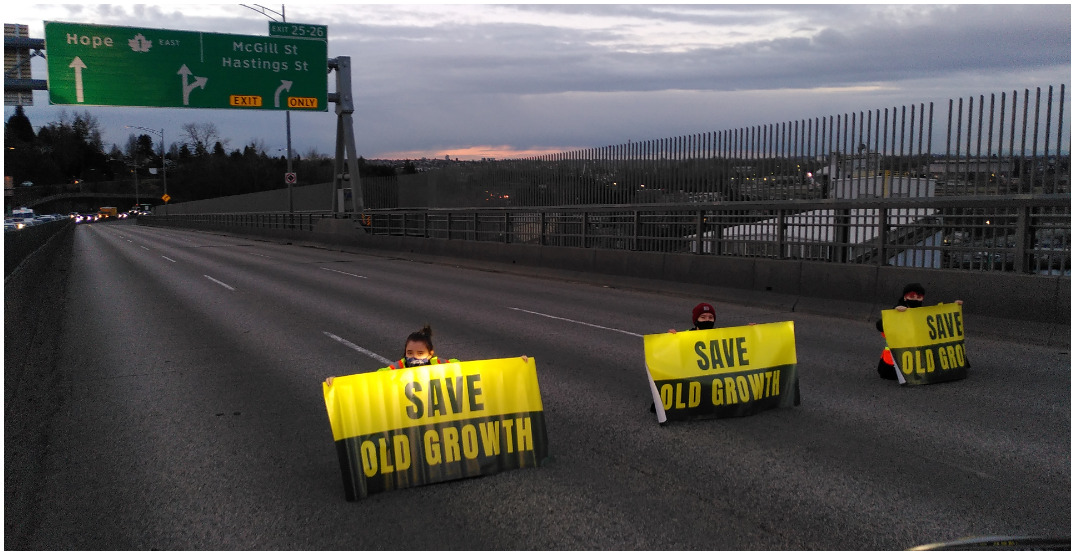 Six people have been arrested in connection with Save Old Growth protests that involved participants supergluing themselves to roads.

The protests took place on the Trans Canada Highway at the Iron Workers Memorial Bridge and the highway leading to Horseshoe Bay Ferry Terminal in West Vancouver on January 31.

The aim of the protest was to halt traffic and to draw attention to old growth forest logging.

Three people were arrested on each of the respective roadways where the actions occurred. Organizers say over 40 arrests have taken place during this campaign.

“We have to get them to stop. I don’t want more people to die and lose their homes,” said Megan Bell, one of the people arrested by West Vancouver Police.

“I don’t want to do this, but I know I have to. We are in the midst of a climate crisis, and we have to act.” 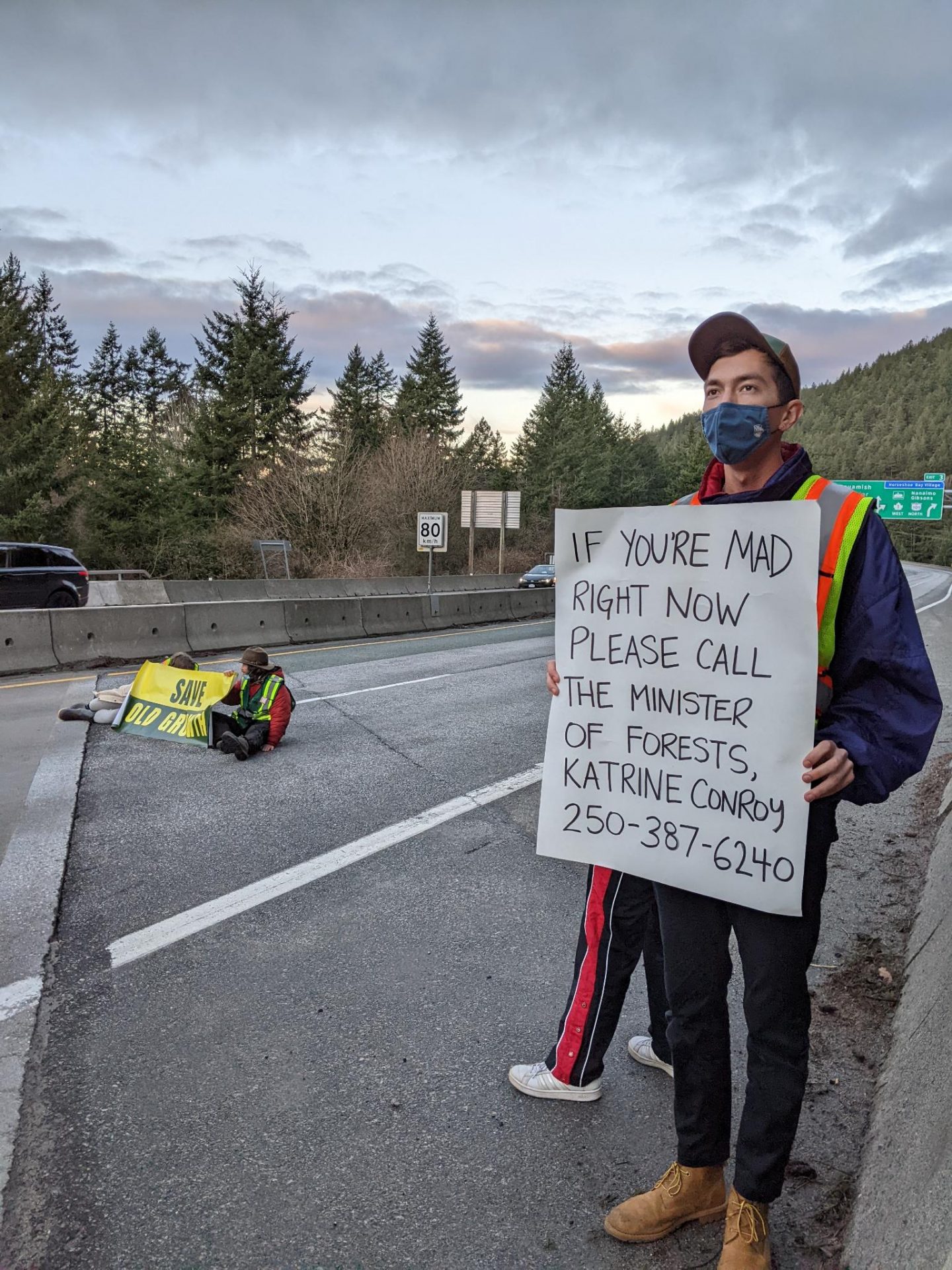 In a statement, organizers said this demonstration was the final action in the first part of a campaign. They’ll be pausing in February and March to “recruit, train, and create more block teams, so further disruption will be made later in the spring.”

If halting traffic was their aim, pictures suggest they achieved their goal. 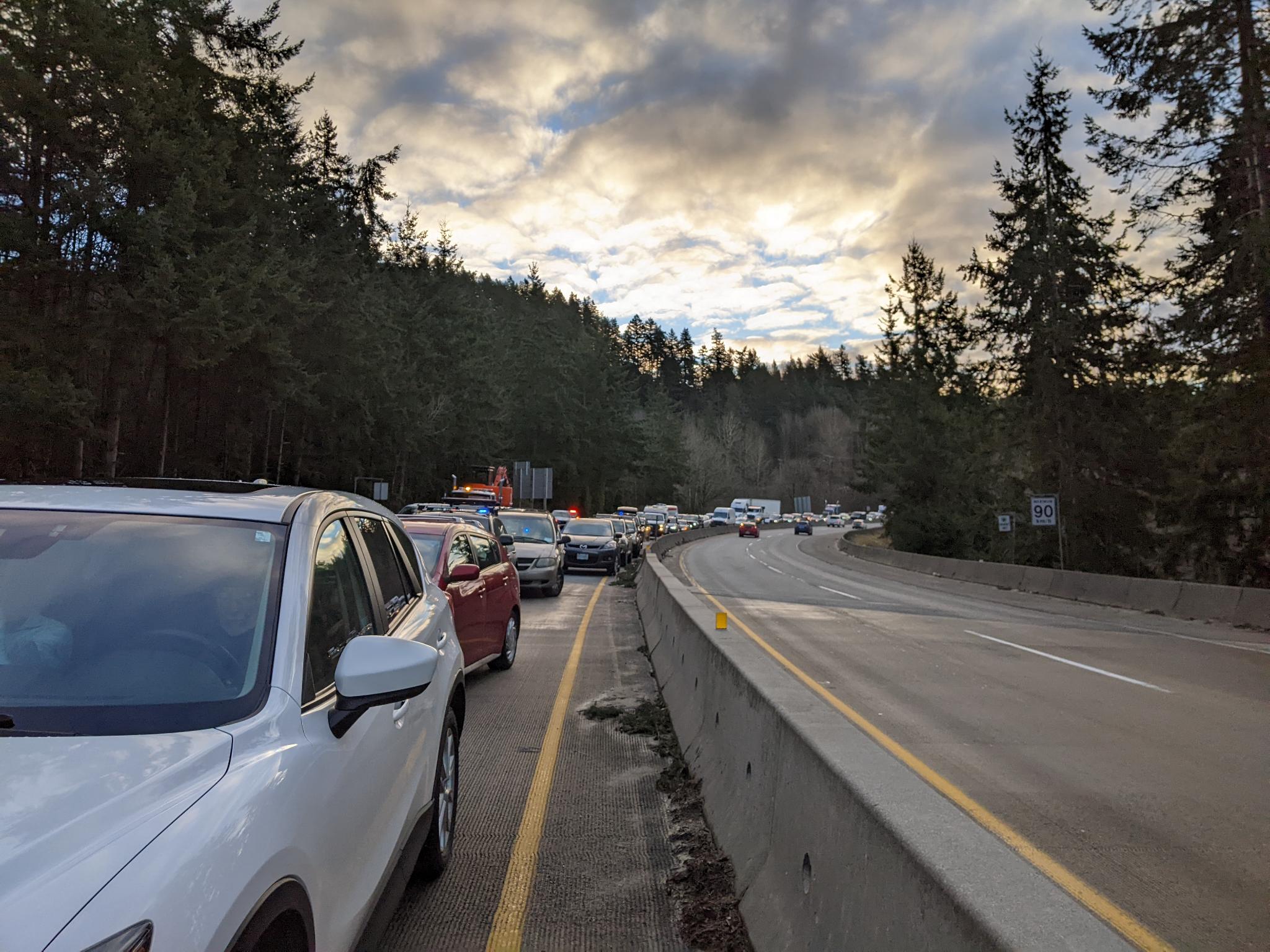 “I will be getting arrested today. I want everyone to know that this is absolutely necessary to force the government to end all old growth logging. We are not going to stop. We will keep escalating,” said Olivia Howe, another demonstrator who was arrested by Vancouver Police on the Iron Workers Bridge.

Activists plan to resume their climate actions in the spring, as early as March 21. The group adds that the level of arrests and disruption in the city and province will be “unprecedented.”