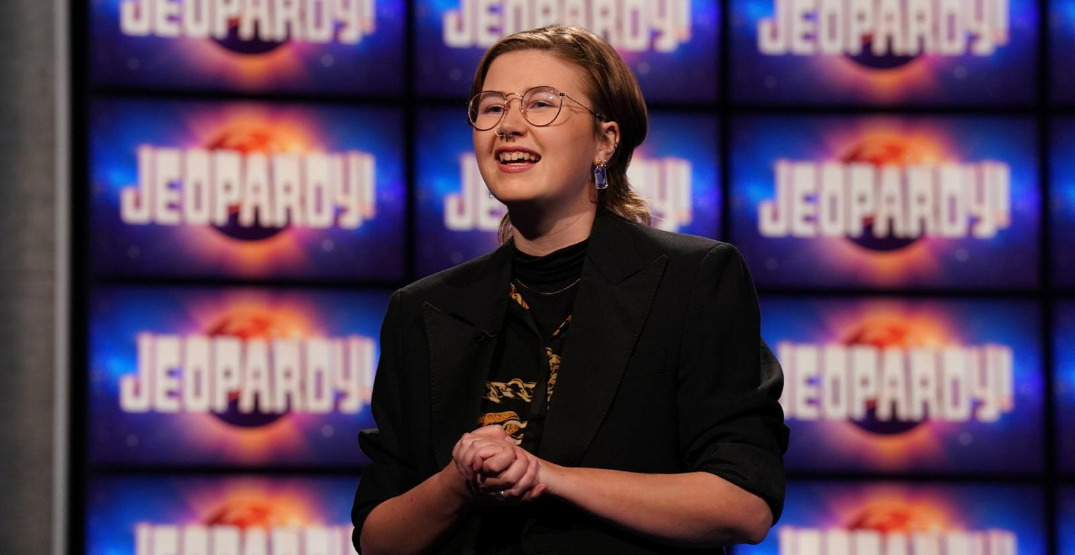 It’s been a great run, to say the least, but a single dollar was the deciding factor in ending the legendary Jeopardy! winning streak for Mattea Roach.

The Toronto-based tutor had an impressive 23-episode winning streak and she quickly amassed a large Canadian fanbase.

She also made headlines for other reasons.

According to the Jeopardy! box score, Roach actually held the lead going into Final Jeopardy. She unfortunately didn’t have the correct answer, and wagered $3,601. If she had just wagered a tiny bit less, her streak would’ve been safe and sound.

Still, her legendary run is nothing to scoff at.

Roach leaves behind the fifth-longest streak in show history and will be walking away with USD$560,983 or over CAD$700,000.

“I genuinely did not believe, prior to a few months ago, that I was capable of enjoying myself with such wild abandon. And the realization that such joy is possible for me has changed me forever for the better,” Roach said in a statement.

She also said she doesn’t know how much she’ll actually walk away with after the IRS “takes its share.”

In the end it sounds like the experience has made Roach a stronger person.

“The thought of not knowing what life has in store for me used to fill me with dread, but not anymore.”