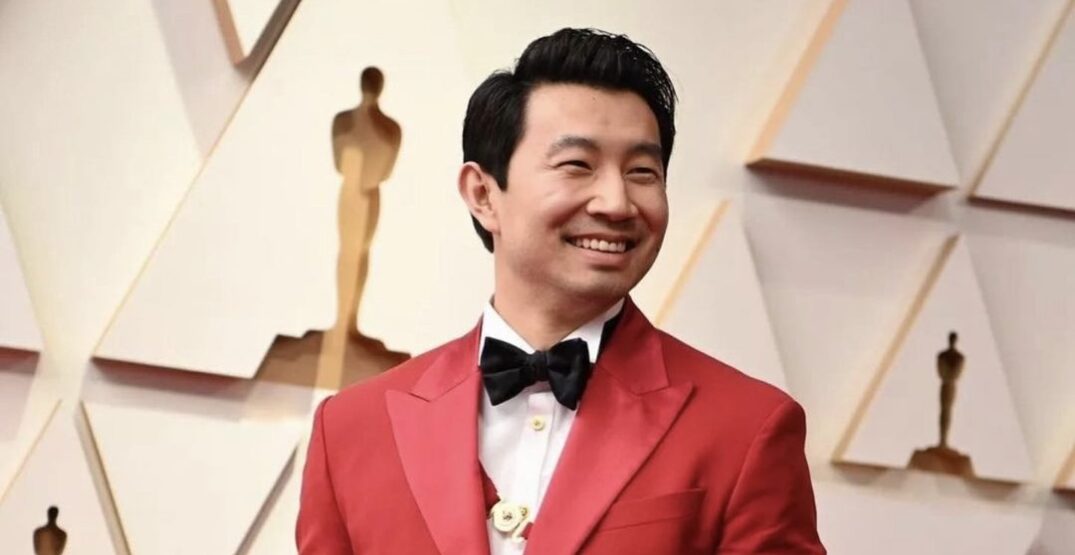 Simu Liu did so well hosting the 2022 Juno Awards in Toronto that he was asked to return for the second year in a row.

The Canadian Academy of Recording Arts and Sciences (CARAS) and CBC announced on Wednesday that the Shang-Chi star will be taking the stage again as the host of the 2023 Juno Awards in Edmonton.

The 33-year-old actor also teased a cover of a famous Alberta-born rock band.

“There are no words to describe the incredible energy that took over Toronto last spring and I can’t wait to help bring that to Edmonton,” said Liu in a statement.

“If you thought my rendition of ‘Complicated’ was good, just wait until you hear my Nickelback cover.”

Mark your calendars, @SimuLiu returns as the host of The JUNO Awards! March 13th, 2023 in #Edmonton at @RogersPlace.

Liu had many stand-out moments his first time manning the Junos stage.

Besides the aforementioned parody of Avril Lavigne’s “Complicated,” Liu impressed Canadians with his comedic chops in an epic “I am Canadian!” speech, inspired by a classic 2000s commercial.

“From his ‘I Am Canadian’ monologue to his extraordinary ‘Jalebi Baby’ duet alongside Tesher, Simu was a fan favourite on the Junos stage last year,” said Allan Reid, President & CEO of CARAS and The Juno Awards, in a statement.

“When it comes to entertainment, there really isn’t anything he can’t do and we’re thrilled to see how he evolves the role in 2023.”

The show will broadcast and stream live across Canada at 8 pm ET/5 pm PT on CBC TV, CBC Gem, and globally at CBCMusic.ca/junos and CBC Music’s Facebook, YouTube and Twitter pages.

You can also see Liu host live by grabbing tickets at www.ticketmaster.ca/junos.