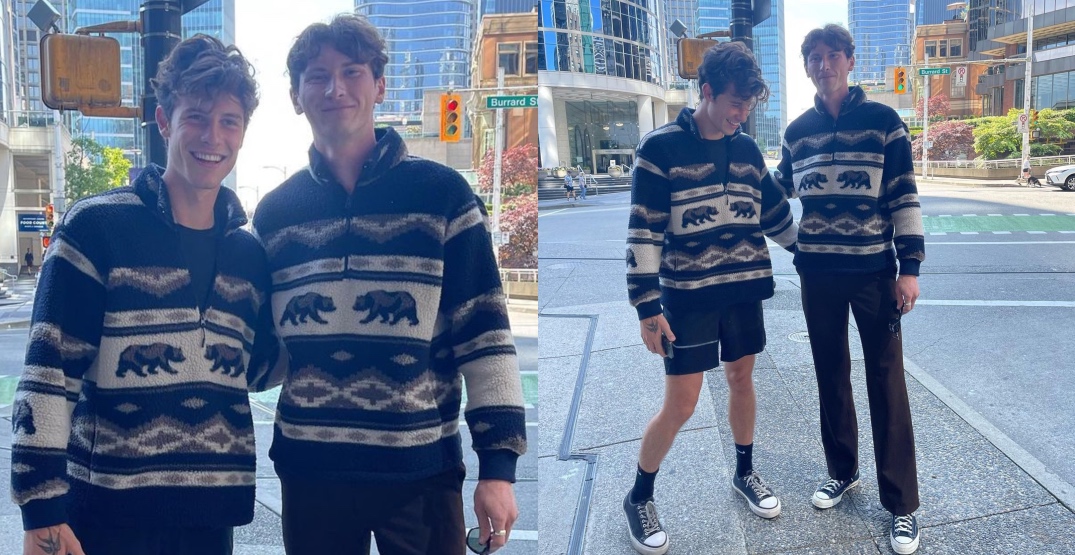 Shawn Mendes and his fans did a double-take as the pop star shared the news that he’s found his doppelgänger in Vancouver.

The Pickering, Ontario native just had an epic Canada Day in BC and is in Vancouver this weekend as he’s set to play Rogers Arena on Saturday, July 2 as part of his Wonder World Tour.

As the star was walking downtown, he spotted someone who looked a lot like him.

In a video posted to Mendes’ TikTok, you can see Canadian professional soccer player Easton Ongaro cross the street to meet the superstar for a funny photo op.

“What is this?” Mendes said. “You have to be kidding.”

Ongaro asks for a picture, but Mendes still has questions, “Wait, what are you wearing?” he asks.

But Mendes’ doppelgänger got his shot.

The pair have a few similarities: Shawn Mendes will be 24 in August and Easton Ongaro is 24 years old.

But the most obvious of course is their fashion choice. “I’m just a long-time fan of his music, fashion, media personality, everything really,” Ongaro told Daily Hive.

“I found the sweater in the sale section at Old Navy a few months (ago) and noticed he wears it all the time.”

“I put it on and was walking down the street and just happened to run into him. Pretty surreal moment,” he said.

What would you do if you met Shawn Mendes and were wearing the same look?