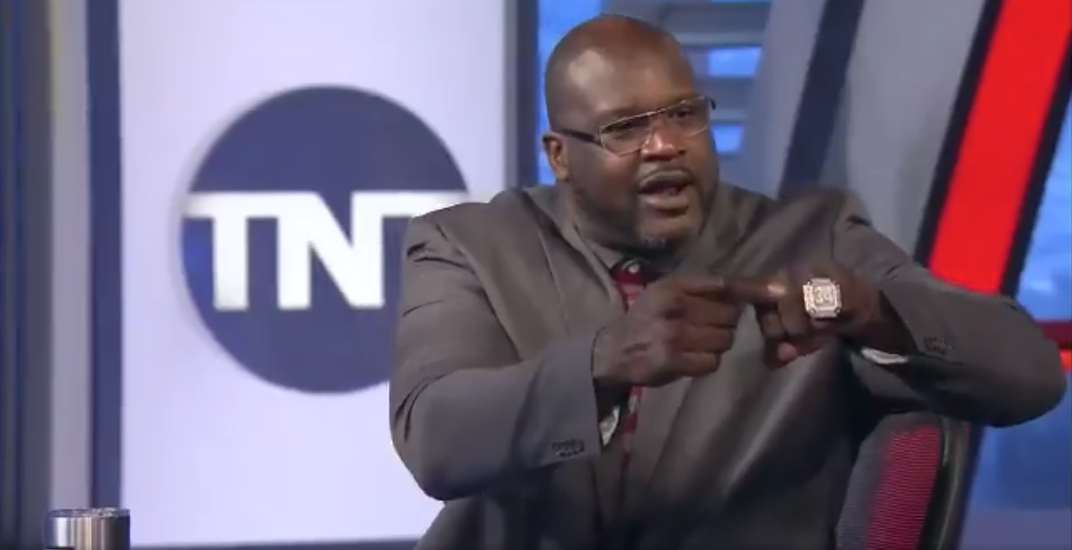 The way the Toronto Raptors were eliminated from the NBA playoffs was difficult for fans to stomach.

Knee-jerk reactions are common in these types of situations, so “fire the coach” and “trade everybody” demands should be expected.

That appears to be the case for noted Raptors hype man Charles Barkley, who got into a heated exchange with Shaquille O’Neal on the Inside the NBA panel on TNT Tuesday.

Things escalated quickly between the pair of Hall of Famers, as they got into what the Raptors need to do this offseason.

Barkley was of course speaking about head coach Dwane Casey, after he benched All-Star DeMar DeRozan in the fourth quarter of Game 3, for poor play.

That set off O’Neal, who won a championship with the Miami Heat despite not having a great relationship with coach Pat Riley.

The result was both tense, and hilarious:

Chuck and Shaq get heated in a back-and-forth on coach-player relationships…#InsideTheNBA pic.twitter.com/ElQxwBV5s7

“Me and Pat Riley never saw eye-to-eye and what happened?” said O’Neal, raising his voice.

“Dwyane Wade was the man on that team,” Barkley quipped back.

“You don’t know what you’re talking about when it comes to championships,” said the former Laker, pointing out that Barkley never won a title.

“You gotta stop babying your players,” he continued. “You got babied, that’s why you didn’t win.”

“I didn’t have Dwyane Wade and Kobe Bryant carrying me up and down the court,” said Barkley.

“I got three Finals MVPs, Chuck,” said O’Neal, getting even louder. “Google me, Chuck!”