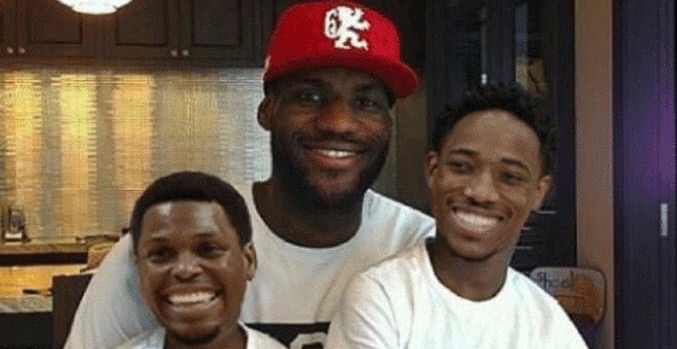 It’s a feeling Toronto Raptors fans know all too well.

For the third year in a row, LeBron James has single-handedly walked all over the Raptors, crushing their chances of making it to the next round.

In Game 4, the Cavs started off strong with a 14-point lead before halftime and the Raptors just couldn’t catch up, losing by 35(!), 128-93 to complete the sweep.

Following a record-breaking season going 59-23, saying Raptors fans are disappointed by the sweep would be an understatement.

There were, of course, some downright bitter reactions…

How The NBA feels about the Toronto Raptors pic.twitter.com/TX40UwtsPk

>>>when the 2014 Atlanta Hawks see the 2018 Toronto Raptors pic.twitter.com/TvclaGivjF

LeBron and co just swept the Raptors back to Toronto! pic.twitter.com/N7k0SSSHKT

WWlll is nearing its end.

LeBron James, in his 33rd season, is on the brink of sweeping the 82-0 Toronto Raptors in the first round of the NBA Playoffs.

DeMar Derozan Out
Toronto Raptors Out
Dwane Casey Out
Drake Out

WAITER: hi!!! now who ordered a complete embarrassment of the toronto raptors franchise?!

It’s very sad how the failing Toronto Raptors (who were apparently leading the polls .. the fake polls) just totally collapsed in this series. Even against cavs weak defense and trade deals. Possibly worse than Crooked Hillary. Just look at NAFTA and the disaster that is. Sad

We’d like to thank the Toronto @Raptors for their participation in the 2018 NBA playoffs. You guys were adorable. pic.twitter.com/2rWj2LzsG8

Drake waiting for LeBron in the Cavs locker room after the Raptors game.

But there were also some loyal fans showing support…

All this talk of blowing up the raps, firing Casey&rebuilding is making me lose it. Championship or bust is such a toxic mentality. Appreciate how far this team has come&how hard it is to have a team reach the finals. Other franchises would kill to be in this situation #Raptors

Wow. That stings. What a way to finish this record breaking season. Still love this team and proud of what they accomplished. Can’t take that away from them. Keep your head up @Raptors ❤🙏 #Raptors #WeTheNorth #RTZ

Well #Raptors, this is it *insert all the cliches here*. I’m supporting them no matter what, win or lose – no bandwagonner here, no slamming my own team. I’m a ride or die fan #gotime #RTZ #WeTheNorth

My fellow #Raptors fans, Cheers to a great year anyways, see you next season!! #WeTheNorth #RTZ