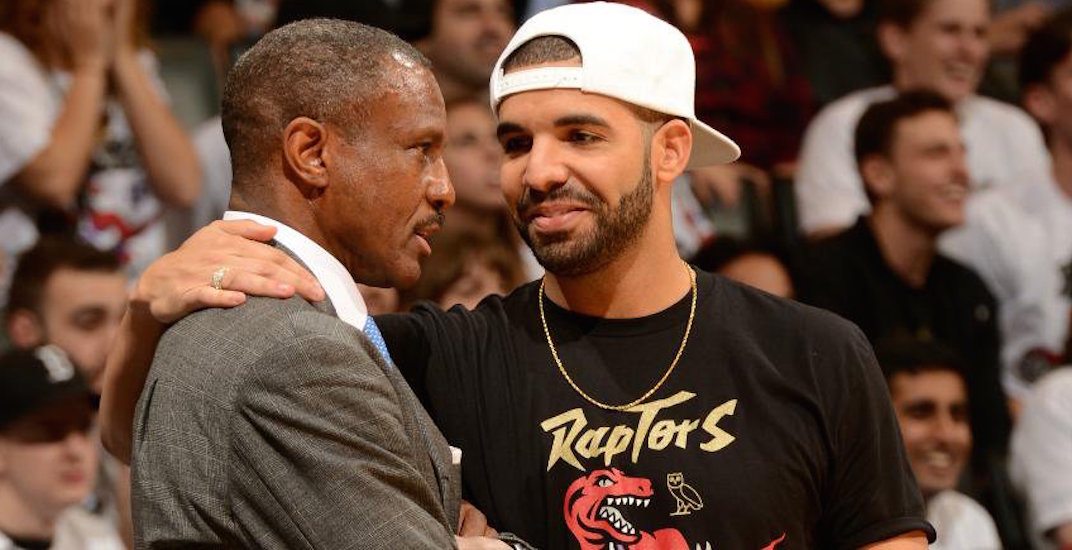 The Raptors could soon be on the hunt for a new head coach.

After a heartbreaking playoff series sweep at the hand of the Cleveland Cavaliers, the Toronto Raptors franchise is left with far more questions than answers, starting with the team’s head coach, Dwane Casey.

According to TSN’s Josh Lewenberg, the franchise is leaning towards parting ways with Casey who has coached the team for seven seasons.

Has a coach ever gotten fired the same season he won Coach of the Year? In any sport? Wouldn’t be a shock if Dwane Casey becomes just that if the series continues to look like this

Casey has improved the team’s regular season record significantly since he was appointed to be the head man.

This season, he is likely the league’s leading candidate for Coach of the Year, coaching his team to a franchise-record 59 wins, and tied for the best home record in the league, making the potential firing even more extraordinary.

But the knock on Casey has never been on the team’s regular season success – it’s been his inability to make adjustments and hard decisions in the playoffs.

Over the past three seasons, not only have the Raptors lost three straight playoff series to Cleveland, they’ve done so handily – dropping 12 of 14 games.

Lowry on Casey: "We've had our trials and tribulations … he's helped me become who I am. I always believe in him. I believe he's one of the best coaches I've had."

Despite his flaws, the Raptors’ All-Star guards, Kyle Lowry and DeMar DeRozan, continue to speak high praises of their current head coach.

“He put the trust in me, he believed in me, he let me be a 20-21 year old kid going out there, play freely,” DeRozan said on Tuesday. “A lot of my success, all of my success, I gotta credit to Case.”

The potential firing of Casey could come at a perfect time, however.

The market of available coaches is a bag of gold right now, ranging from young, innovative coaches, to experienced and accomplished candidates that have been through the rigours of the league.

Some of the top available names include:

If I'm Masai Ujiri, I'm getting Mike Budenholzer on the phone immediately to be our new head coach. #WeTheNorth

Mike Budenholzer, one of many successful coaches to learn under Gregg Popovich, is the best available name on that list. Atlanta’s head coach for the past five seasons, he has a 60-win season under his belt with a team that lacked a true superstar.

Funny enough, Casey and Budenholzer have had their differences from across the sideline.

Nick Nurse and Jerry Stackhouse are in-house options. Nurse is the offensive coordinator for the Raptors, while Stackhouse won a championship as head coach of the Raptors 905 G-League team last season.

Stackhouse and Nurse are expected to be pursued this off-season for head coaching gigs, and are ranked among the top available names by league executives.

Other notable names include Becky Hammon, a WNBA legend who became the first female assistant coach in the league; Jeff and Steve Van Gundy, the brothers who’ve had years of coaching experience and success; and Frank Vogel, best known for his defensive innovation of the Indiana Pacers playoff teams that battled LeBron James and the Miami Heat for several years.

If and when Raptors’ president, Masai Ujiri, decides to part ways with Casey, there will be a plethora of coaches to choose from.