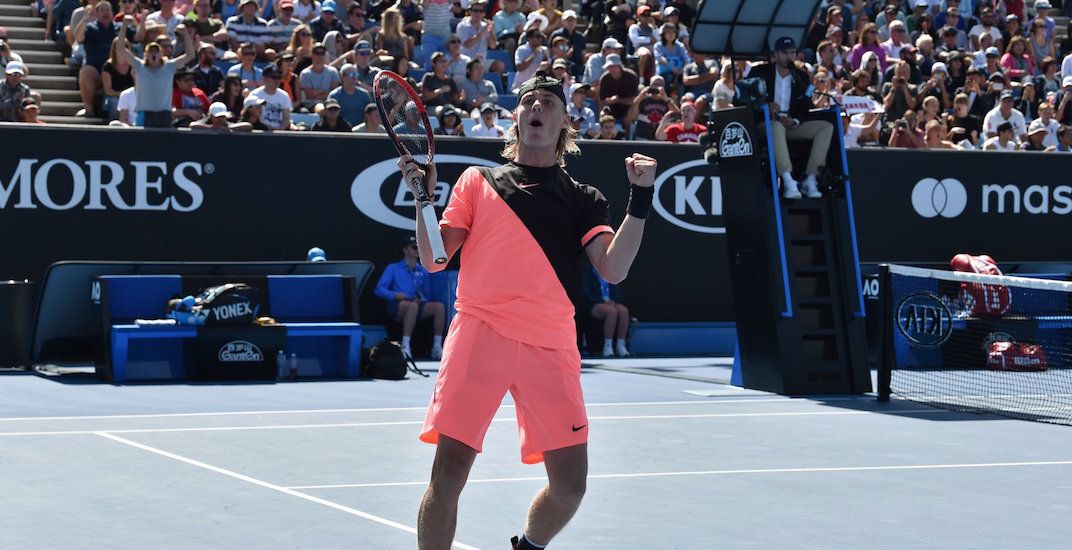 How good can Denis Shapovalov be?

That’s a question that has to get you excited if you’re a Canadian tennis fan.

During his match against 15th seed Jo-Wilfried Tsonga – a match Shapovalov nearly won in five sets – one of the game’s all-time greats set the bar high.

During the ESPN broadcast in the US, former world No. 1 John McEnroe said that he expects Shapovalov to be a top-five player in the world when he’s 20 years old, adding that he’s “the future of our sport.”

John McEnroe, on the ESPN broadcast, just said he expects Denis Shapovalov to be Top-5 in the world when the Canadian is 20-years-old. Calls him "the future of our sport."

Shapovalov had a meteoric rise to fame last year. When he upset Juan Martin del Potro at the Rogers Cup in Montreal, that got everyone’s attention. Then he beat World No. 1 Rafael Nadal, proving that he was for real.

Shapovalov’s ranking shot up from 143rd in the world to 67th after Montreal. Heading into his first Australian Open, he was ranked 50th.

Could he one day be “the future,” as McEnroe put it?

“There’s always the top guys – Roger, Rafa, Novak – these guys are just another level than everyone else,” Shapovalov told reporters at his post-match media conference following his defeat to Tsonga. “And then after that, the sport’s so close, you can compete with anyone.”

Working in Shapovalov’s favour is the age of the players he listed. Roger Federer is 36 years old. Nadal is 31. Novak Djokovic is 30. Age will catch up to them eventually. Meanwhile, Shapovalov is years away from his peak, and he’s already competing.

Bad luck @denis_shapo on your 5-set loss to Tsonga at the Australian Open today- such a talented player. Going up in the world. #AusOpen

The reality is that Shapovalov should have beaten Tsonga in Melbourne, just as he did at the US Open. The Canadian won more total points than the Frenchman on Wednesday and had a chance to serve out the match with the score 5-3 in the final set.

“I still feel I need to improve so much to get to their level to compete with them day in and day out, but I definitely feel that if I’m playing at the top of my game I’m able to stay with these guys,” he added. “That doesn’t mean I’m able to slack off. I still have to go back and work hard so that hopefully one day, myself, I can be in the top 10.”

Shapovalov is the only teenager ranked inside of the top 80 players on the ATP Tour and he doesn’t turn 19 for another three months. You bet he’s the future.