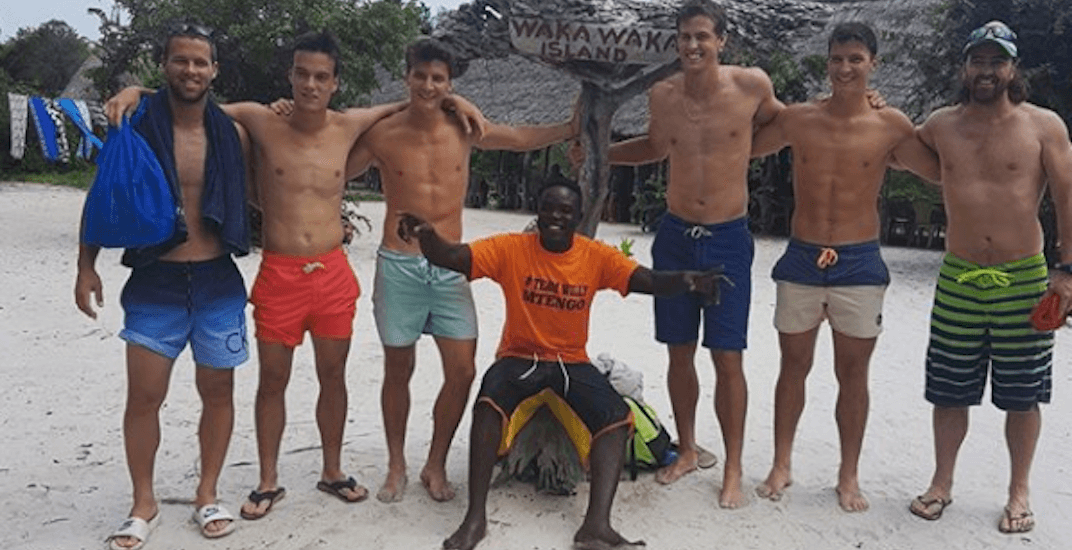 It’s been a tough couple of years for Vasek Pospisil.

After having success on the ATP Tour, the former world No. 25 men’s singles player has had to overcome plenty of adversity of late. The Vernon, BC native suffered a slew of injuries and has seen his singles ranking drop to No. 108, which has not been an easy pill to swallow.

“As a competitor, I am never satisfied with where I am,” Pospisil told Daily Hive from Australia. “I want to keep pushing my limits and trying to improve. That’s one of the beauties of the sport, but also one of the tough parts about it. It is very challenging. You always have to be on your toes and keep pushing yourself to improve. If you blink, you slip down the rankings in no time.”

The 27-year-old is poised for a bounce-back year in 2018, going to great lengths to change his fortune.

Pospisil spent the offseason splitting time between his home in BC and training in Africa. The Canadian trained at the Rainer Schuettler Tennis Ranch in Kenya.

Pre-Season Training at the @rainerschuettler_tennis_ranch with this great group has come to end. Good memories 😁 #Kenya #2018herewecome

The unusual locale was chosen for its high altitude and hot conditions, which should get him well prepared for the 2018 season that begins in Australia.

“I’m hoping that training in such a tough climate will pay off for me this year,” Pospisil told Daily Hive in a phone interview from Australia. “Now that I have re-established the team and I’m working towards a clear goal, I feel that good results are around the corner.”

A post shared by Rainer Schuettler (@rainerschuettler_tennis_ranch) on Dec 13, 2017 at 2:13am PST

Despite the rankings slip, 2017 was not without accomplishments for Pospisil.

He pulled off one of the biggest upsets of the year, defeating Andy Murray in straight sets at the BNP Paribas Open at Indian Wells. The Canadian says that win is one of the highlights of his career.

Pospisil would not only like to return to form in singles play, the doubles game holds a large importance with him also. The No. 4 ranked men’s doubles player less than three years ago, he and partner Jack Sock won Wimbledon in 2014.

Sealed with a kiss. @VasekPospisil & @JackSock get their hands on a piece of #Wimbledon history… pic.twitter.com/M0nUlIQT9g

With a serve and volley style reminiscent Canadian doubles legend Daniel Nestor, Pospisil credits his father for helping him become the player he is today. His dad was a fan of the sport, and learned about the game through books and watching video. He began coaching his son at age five and the two worked together for next 13 years.

“My dad had a major influence on my tennis career and is largely responsible for my success on the court. If it wasn’t for him, I wouldn’t be where I am today.”

From the moment he first picked up a tennis racket, Pospisil knew this was what he wanted to do with his life.

“Being a professional tennis player was always the dream. My dad loved the sport so much that it rubbed off on me. I wanted to follow in his footsteps.”

Becoming a professional takes hard work, particularly in a small town like Vernon – not known to be a tennis hotbed. Pospisil had to travel a lot at a young age to different tournaments and training facilities.

“It is tough being away from my family and friends for long periods of time. I’m a family man so the traveling can take its toll.”

Pospisil has always worked on his volley game and credits his love of being at the net for his doubles success.

“When I was a teenager, I would serve and volley on all surfaces so I developed good feel for volleys and covering angles at the net. I loved playing doubles as a junior so that definitely helped.”

Pospisil is currently off to a good start in singles qualifying for the Australian Open, defeating Lorenzo Giustino in straight sets. He needs two more victories to qualify for the main draw that begins next week.