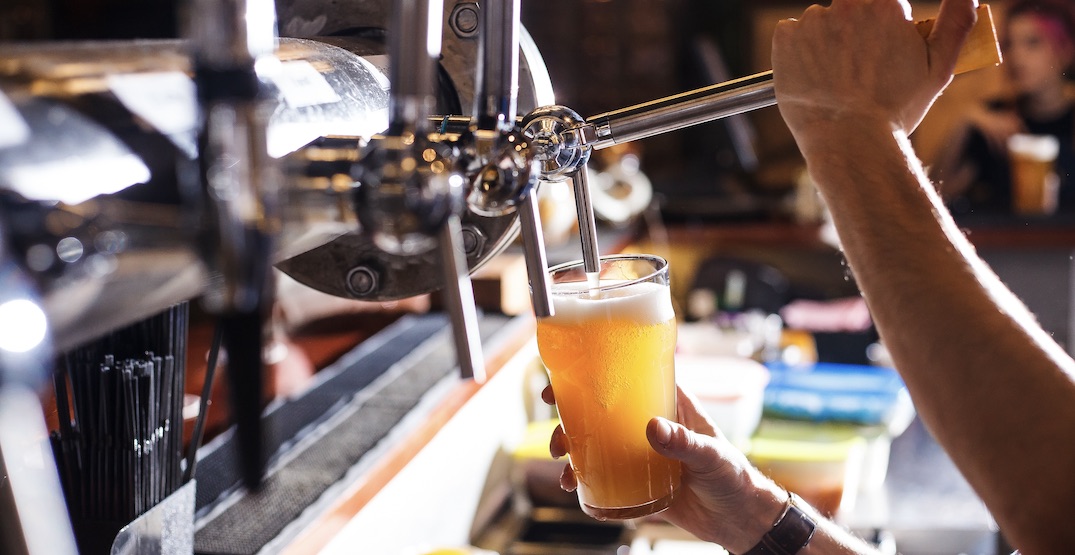 We’ve got some news worth raising a glass to. In case you haven’t heard, Shaketown Brewing has finally opened its doors.

Folks have been patiently waiting for the new concept to launch, which says it specializes in lower ABV beers.

“Shaketown Brewing takes its name from an old logging village in North Vancouver, which is now the site of Lynn Valley,” the brewery told Dished Vancouver.

“Our telling of the history is a bit ‘larger than life’ where the facts presented have one foot in truth and one foot in total imagination.”

The 4,700 -sq-ft brewery has seats for 60 inside, and outdoor seating is coming for the summer months.

For snacks, expect Hobbs Pickles and BKH jerky, which can be paired with a selection of Shaketown’s beers like the Leicht Bier, Pre Prohibition Pilsner, Golden Ale, and Kveik IPA to name a few.

There’s also a Brewhall x Shaketown Collab that’s an American-style Pale Ale on tap along with a selection of rotating cider and wine.