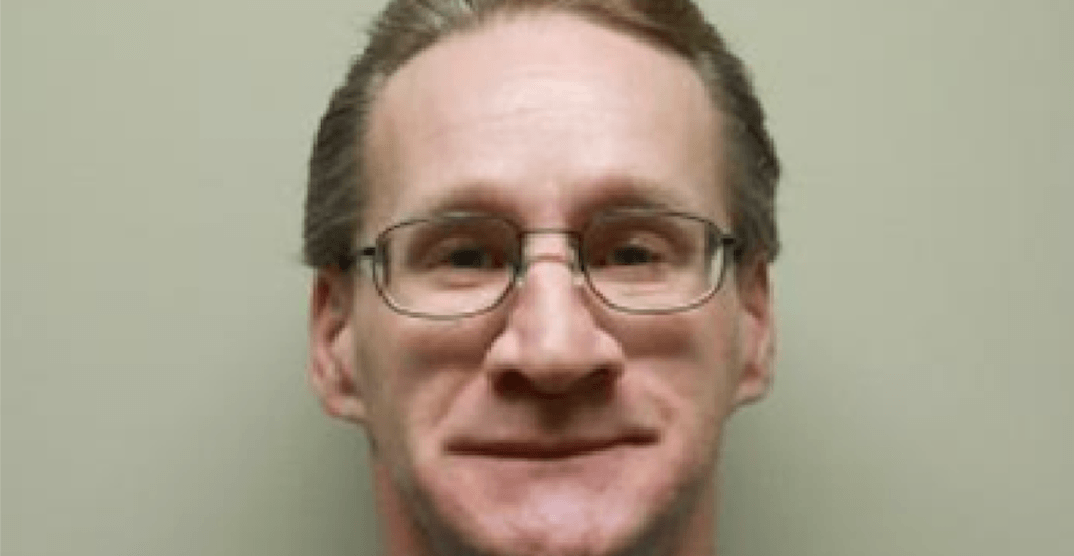 Vancouver Police are asking for the public’s help in locating James Allan Pike, a 46-year-old sex offender who is wanted for breaching his conditions early this morning.

According to police, Pike is currently serving a long-term supervision order following a violent sexual assault in 2001.

He has been living in a Vancouver half-way house and failed to return as required on September 11. Corrections Canada has issued a Canada-wide warrant for his arrest.

Pike is described by police as white, 5’8″ tall, with brown hair, blue eyes and glasses.

He was last seen wearing a grey hooded sweatshirt, dark pants, and was carrying a large backpack.