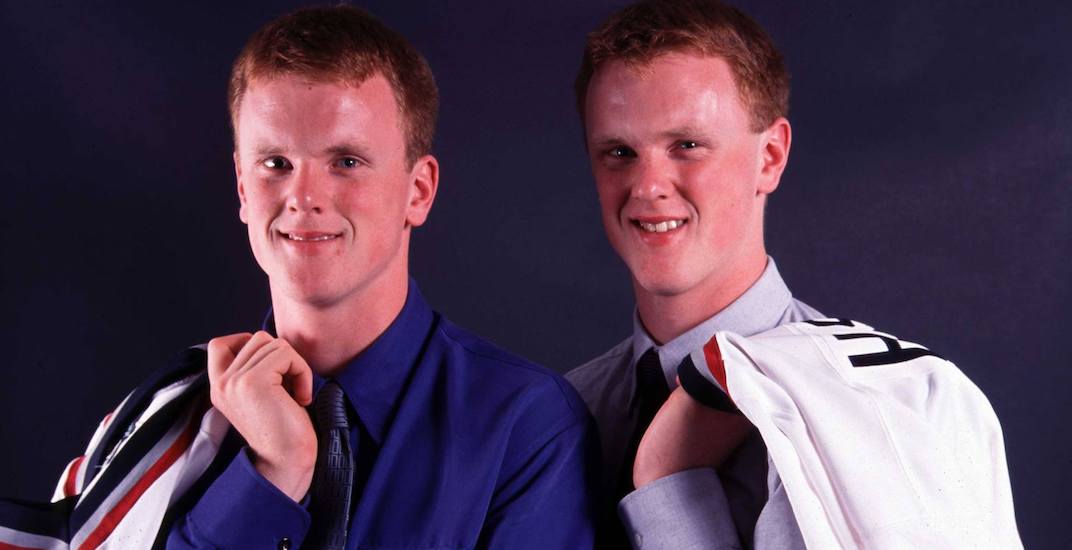 It has become more than an obsession in this market to look back on drafts to see the ones that got away from the Vancouver Canucks.

But as Daniel and Henrik Sedin prepare to skate into the Hockey Hall of Fame in November, it’s important to remember – and to point out from time to time – that on occasion the Canucks get it right.

And all these years later, when you reflect on the 1999 draft, especially the first round, it is astonishing just how well the Canucks fared by nabbing the Sedins.

We all know the story of Brian Burke wheeling and dealing to land the second and third overall picks. It’s a good thing he did, because when you look at what came after the Sedins, it was one of the bleakest first rounds in hockey history.

People often look at Atlanta taking Patrik Stefan first overall, and clearly he didn’t live up to the billing as a top draft pick. But people also forget that Stefan did manage to play 455 games in the National Hockey League.

And by comparison to what followed Stefan in the draft, a case can be made he ought to be joining the Sedins in the hallowed hall.

The rangers took Pavel Brendl fourth overall. He managed a total of 78 games in the big leagues.

Nashville used the sixth overall pick on goalie Brian Findlay, and he appeared in four NHL games, and never recorded a win.

The 1999 NHL draft is one of the weakest in recent memory. One of the huge exceptions is, of course, the Sedins. Unsurprisingly, they are the top two members of that class by games played, points and assists. pic.twitter.com/mLpfCuQboF

Jamie Lundmark and Branislav Mezei were both top 10 picks that year and they were followed in order by Oleg Saprykin, Denis Shvidki, Jani Rita, and Jeff Jillson. Then there was Scott Kelman, a big centre out of the Seattle Thunderbirds organization, who went 15th overall and never made it to the NHL.

Aside from the twins, Tim Connolly and Taylor Pyatt were the only other NHL regulars of note to go in the top 15 of that draft class.

Of the 272 players to hear their name called on draft day that year, only four reached the 600-point mark in the NHL.

All these years later, the Sedins still stand out from one of the weirdest and weakest draft classes in recent memory.

So sure, the Canucks have squandered their share of picks over the years, and it’s easy to look back and play the ‘what if’ game.

But once in a while they get it right, too. They certainly did on that day in Boston, and that point was driven home again Monday afternoon when Daniel and Henrik Sedin were recognized with hockey’s greatest honour.

Those two will be inducted into the Hockey Hall of Fame. The others in that forgettable first round will have to buy a ticket to get in.