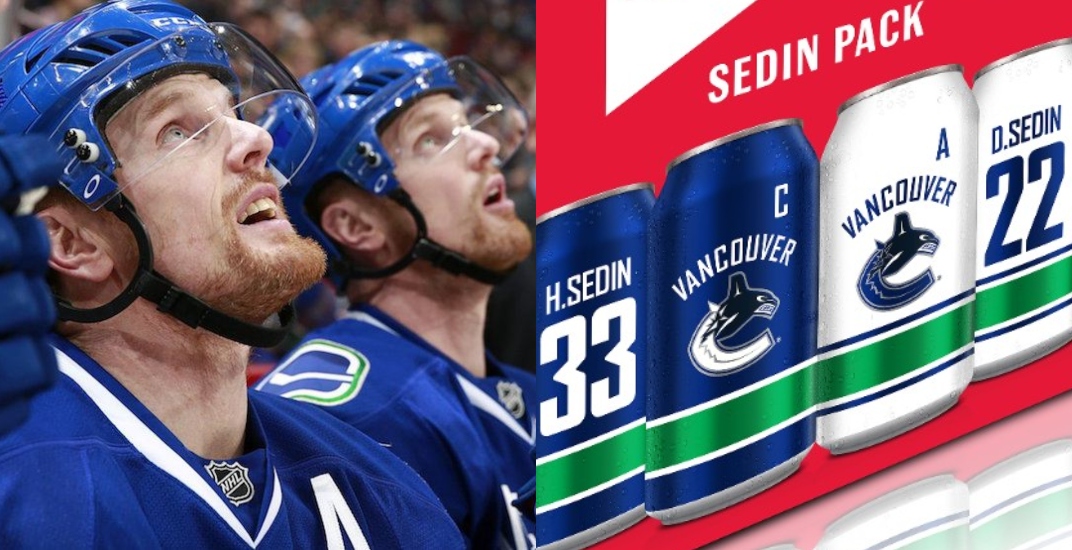 While everyone was waiting for a beer company to hop on board the Shotgun Jake phenomenon, a new unexpected partnership has emerged.

Budweiser is selling “Sedin Pack” cases of their beer in British Columbia, available at BC Liquor Stores and participating retailers for six weeks, a Labatt Breweries of Canada spokesperson tells Daily Hive.

A BC Liquor Stores spokesperson adds that the Sedin Pack will be available at 90 of their locations across the province.

Available in cases of 20, each box contains cans dressed up in Henrik and Daniel Canucks jerseys, with “Cheers to 18 seasons” written on the side of the box. 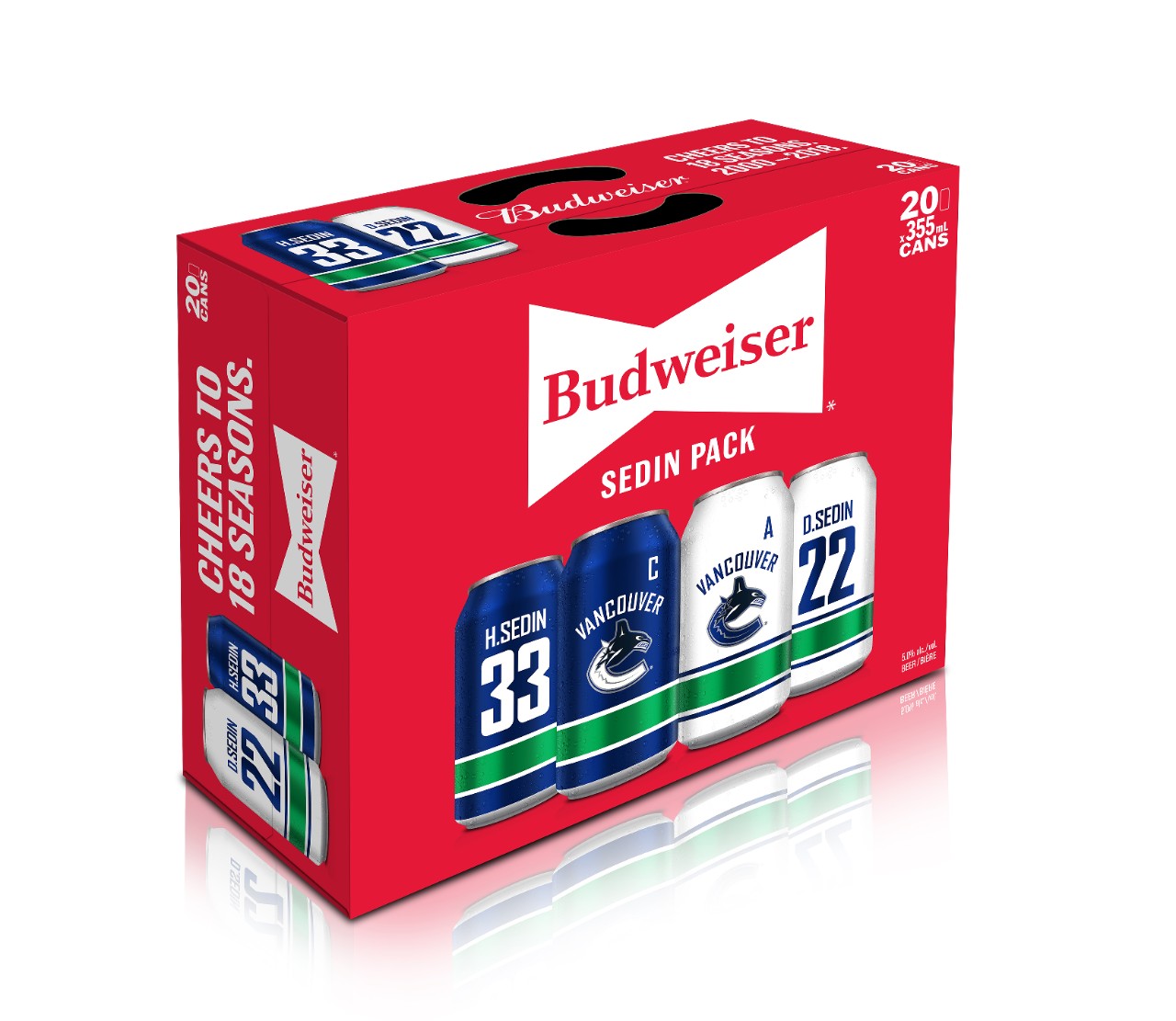 The Canucks have announced plans for “Sedin Week,” which kicks off on Monday with appearances from Trevor Linden, Markus Naslund, and Stan Smyl.

A special hour-long jersey retirement ceremony is planned for the Sedins on Wednesday, February 12, as the Canucks raise #22 and #33 to the rafters. Fans in attendance for that game will receive a free limited-edition Sedin twin can of Budweiser.