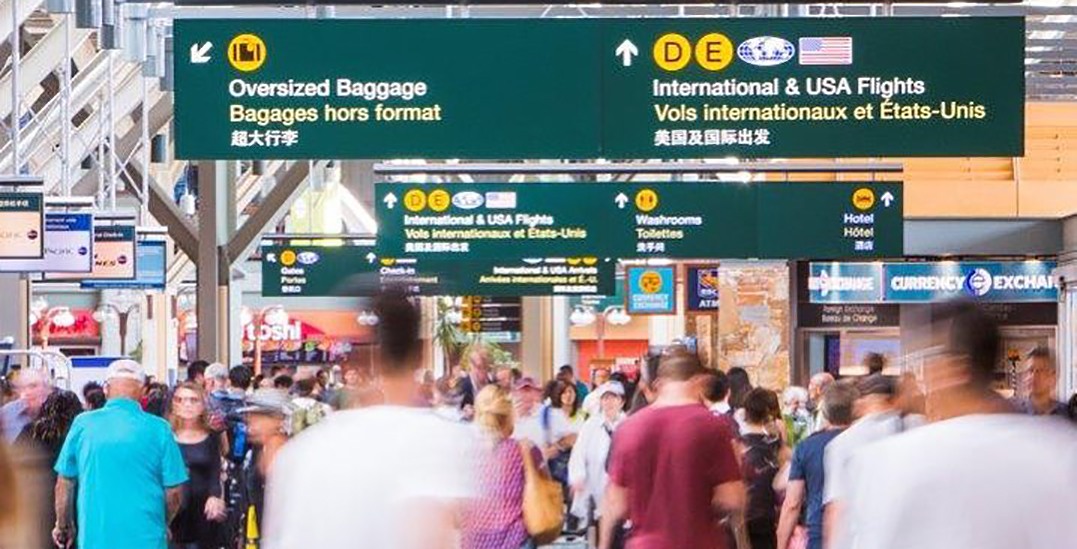 Vancouver International Airport’s (YVR) extraordinary recent growth in passenger traffic, turning the airport into a major Trans-Pacific hub, could be challenged by another expanding player in the Pacific Northwest.

He said the airport is internationally recognized in rankings for its friendly staff, and Delta Airlines, in particular, announced in 2014 their intention to transform Seattle-Tacoma International Airport (SEA) into a Trans-Pacific hub.

At around the same time, Air Canada also announced major expansion plans for YVR to boost its position as a major Trans-Pacific hub. And ever since, Air Canada has made over two dozen route improvements and additions from YVR, including brand new frequent routes to Taipei, Osaka, Delhi, Brisbane, Melbourne, Dublin, London Gatwick, Paris, and soon Auckland.

But the threat for Pacific Northwest airport supremacy in terms of connections between the Americas and Asia and Australia is looming. Richmond highlighted Delta Airline’s potential of drawing on 330 million US residents, and SEA’s US$968-million, 450,000-sq-ft international terminal expansion, which will allow Seattle’s airport to better connect domestic and international passengers. The number of international-capable gates at SEA will increase from 12 to 20. 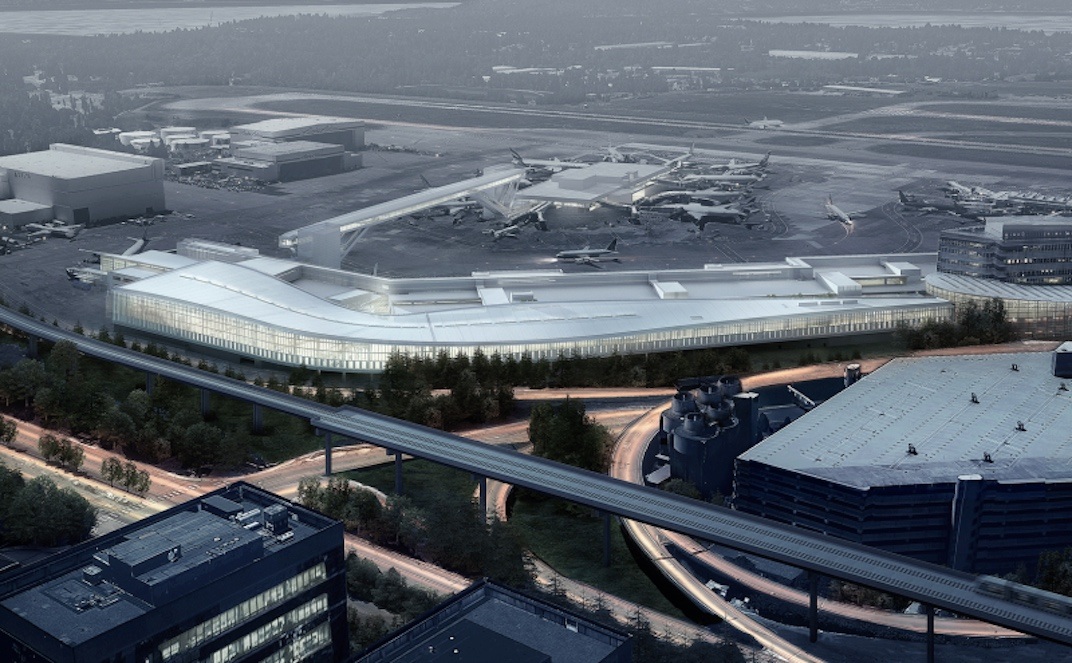 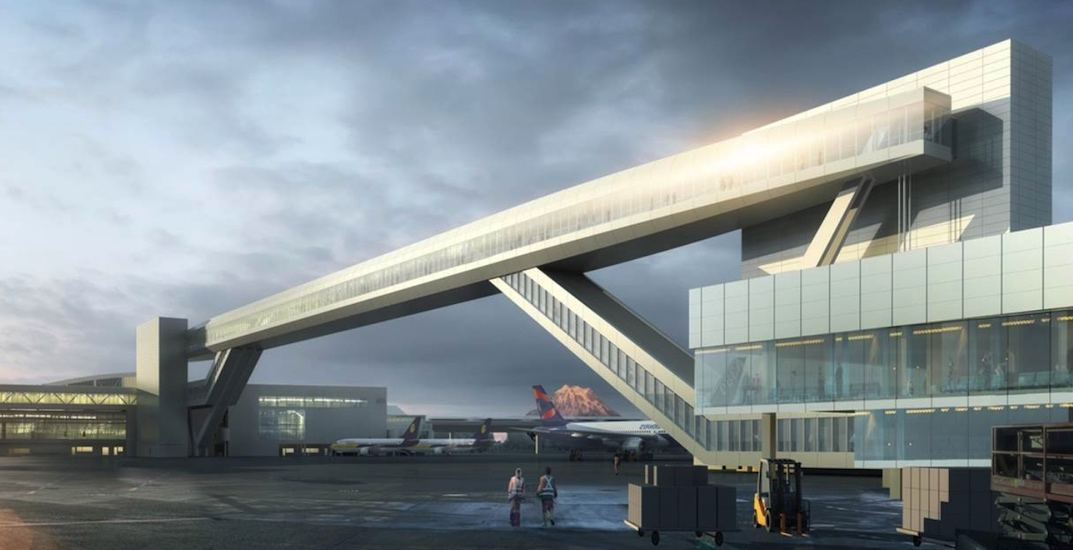 Another advantage that SEA has, but YVR does not, is Seattle’s significant global business community.

“The other thing they have is big companies like Microsoft, Amazon, Boeing, and a dozen others to have really strong business traffic,” he said.

“Vancouver and our airline partners, especially Air Canada with its trans-Pacific hub, we’re in for a dogfight with Seattle over the next few years.”

The importance of becoming a Trans-Pacific hub

At the end of the day, providing local residents and businesses with new opportunities and more connections to the rest of the world depends on economies of scale.

“The reason why we’re so keen on the hub is because when you get those connections, they just multiply and it is much better for people’s individual travel and for business,” said Richmond. 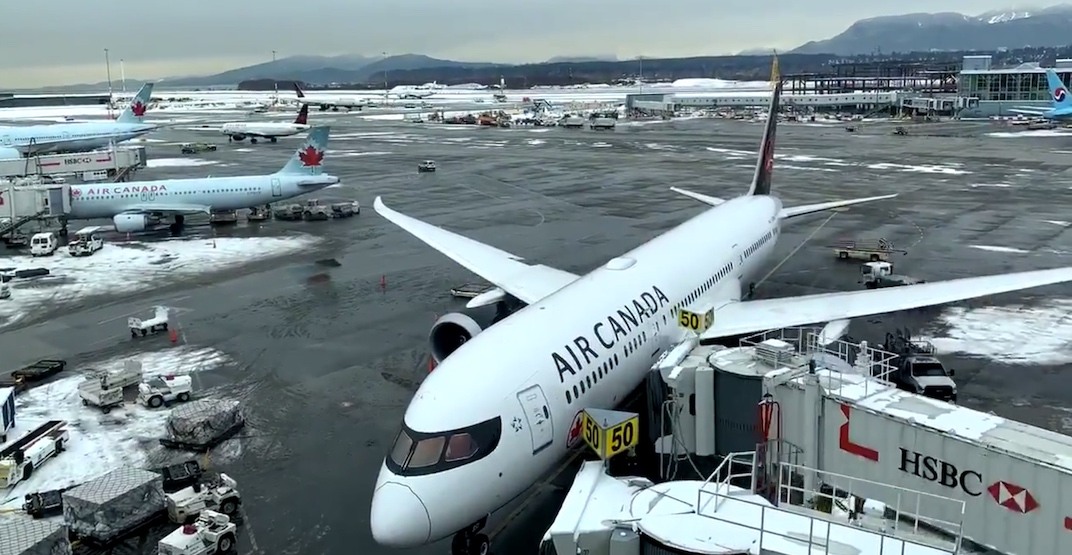 “This flight comes in from New York in the early evening, full of people from New York… they gather people from their Air Canada Rouge and Western Canada network and put on three flights to Brisbane, Melbourne, and Sydney. And then you have the reverse flow,” he said.

Their data shows about a third of passengers on the Brisbane flight are staying in Vancouver, while another third are flying further on to other areas of Canada, and the remaining third are connecting to other flights reaching US destinations.

“A third just coming into Vancouver would not be sustainable for that aircraft, so it’s the connecting traffic that makes it sustainable,” he said, adding that “we have become the way to fly between Australia and New York for any Australian business person because even though it’s geographically closer through American airports, it is faster because of our processes through YVR.”

These new connections not only provide travellers with more options, but it also opens up new business markets on both ends of the route for perishable goods.

Vancouver vs. Seattle vs. Portland vs. Calgary

As of this year, YVR sees an average 890 flights in the wintertime to destinations in China, Hong Kong, and Taiwan. This increases to 975 flights during the summer season.

For Asia as a whole and Europe, YVR sees 1,455 flights and 875 flights per month, respectively. 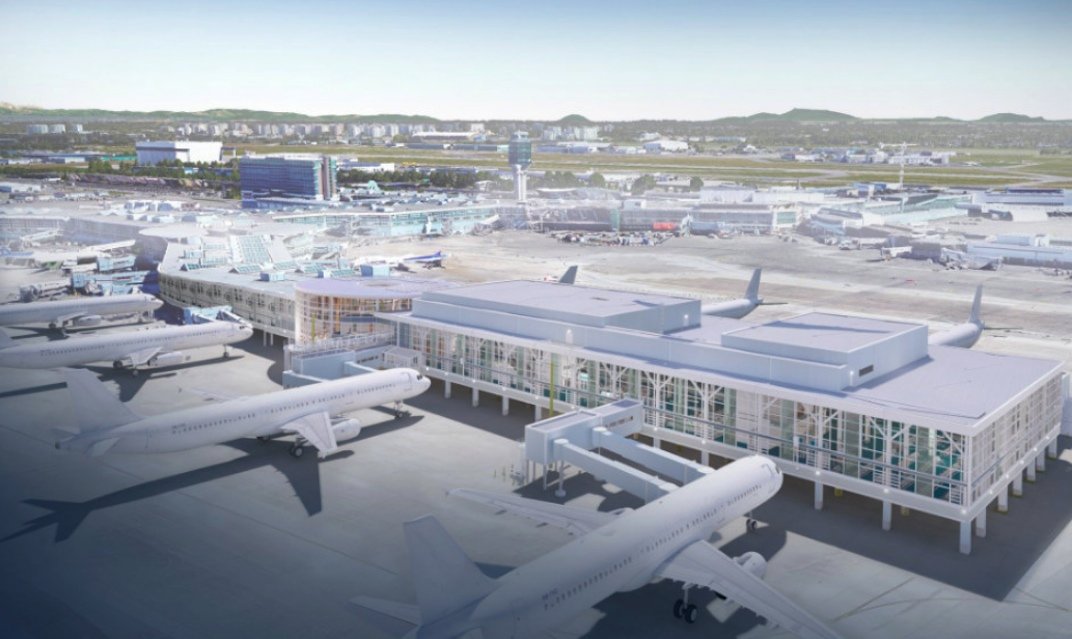 To help meet this growth, YVR is currently undergoing a 20-year, $9.1-billion improvement project, which includes a significant expansion of its terminal facilities. Construction on the first phase of the terminal building expansion — an extension of Pier D — is slated for a 2020 completion and opening.

Comparatively, while SEA served 47 million passengers in 2017, approximately double YVR’s figures, the vast majority of its traffic was domestic – serving destinations within the US. Between 2013 and 2017, SEA’s passenger traffic increased by 41%, pushing the Seattle airport into becoming the ninth busiest airport in the US.

Further south, Portland International Airport (PDX) does not appear to be a player in the looming battle between SEA and YVR for Trans-Pacific hub dominance in the Pacific Northwest.

PDX recorded 19 million total passengers in 2018, but only 862,000 of these passengers were on international flights.

Despite the ongoing effects of the recession in Calgary, YYC set an all-time high passenger number of 17.3 million.

YYC has made it known that it wants to compete with YVR, and it benefits from being the main hub for WestJet. 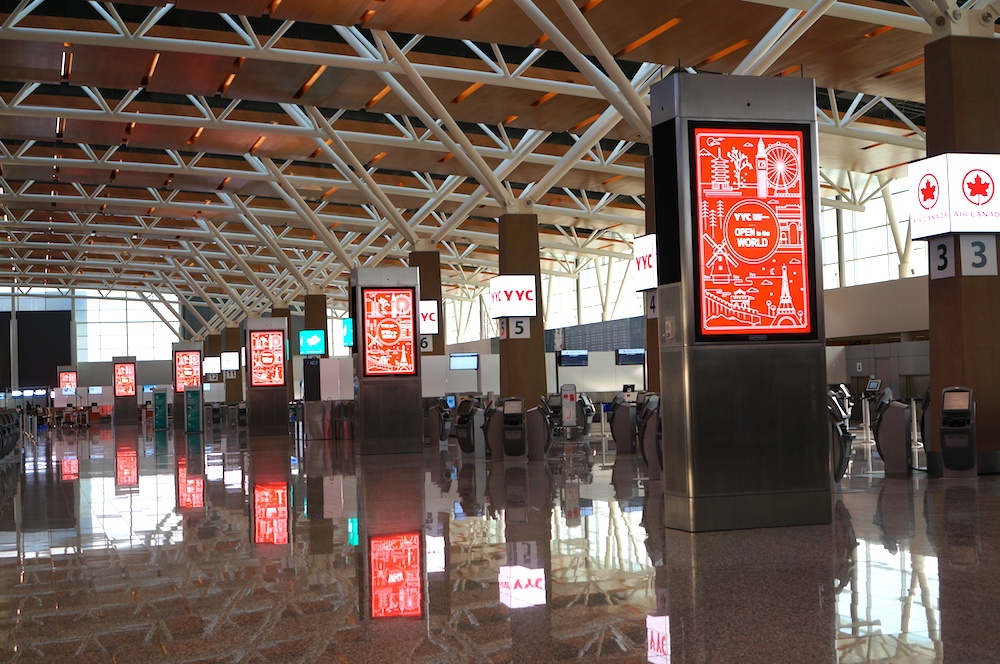