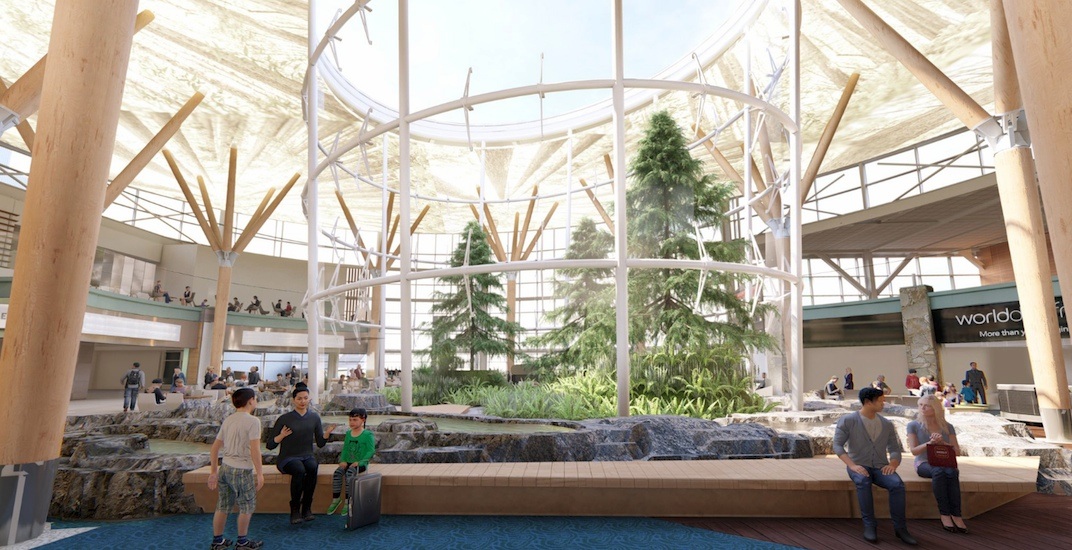 And now, construction has begun on major projects that will help accommodate that growth as part of a 20-year-long, $9.1-billion plan to expand the terminal building and improve the infrastructure that supports airport operations both airside and landside.

The long-term plan was previously announced as a $5.6-billion expansion, but when factors such as inflation and enhanced project scopes are accounted for the amount includes an additional $3.5 billion.

These expansion plans for Canada’s second largest airport are currently significantly larger than those of any other Canadian airport, even YYZ. 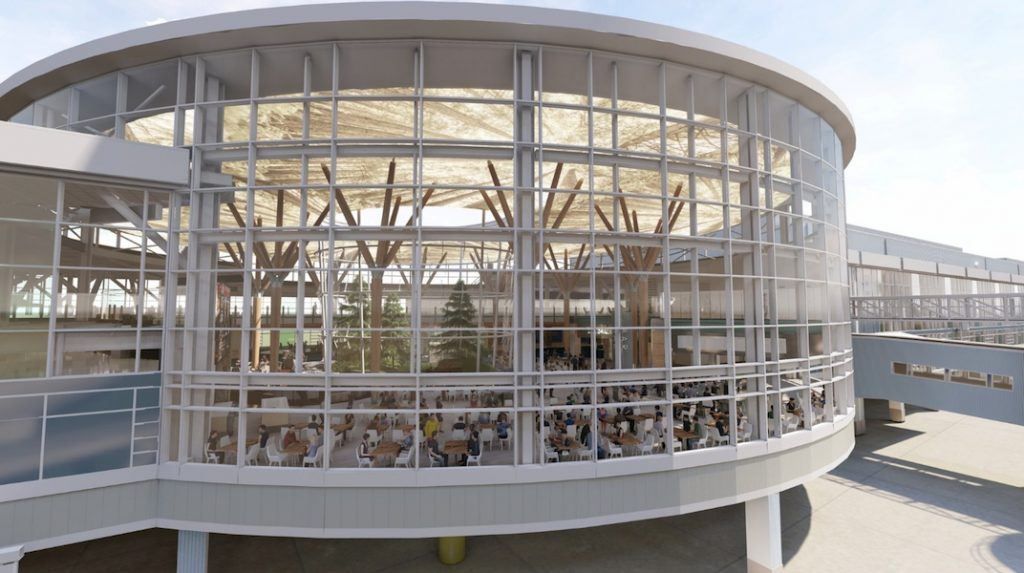 “We are experiencing record growth at YVR as we deliver on our mission to connect British Columbia proudly to the world and these ambitious expansion projects will further position YVR as a world-class connecting hub,” said Craig Richmond, President and CEO of Vancouver Airport Authority, in a statement.

“As we build the airport of the future, our focus is to move people and goods efficiently, while continuing to delight people with a wide range of offerings, amenities and outstanding customer service.”

Some smaller elements of the plan have already been completed, specifically the new 2,000-parking stall Value Long Term Lot (VLTL) that opened earlier this year next to Templeton Station on the eastern end of the airport island. 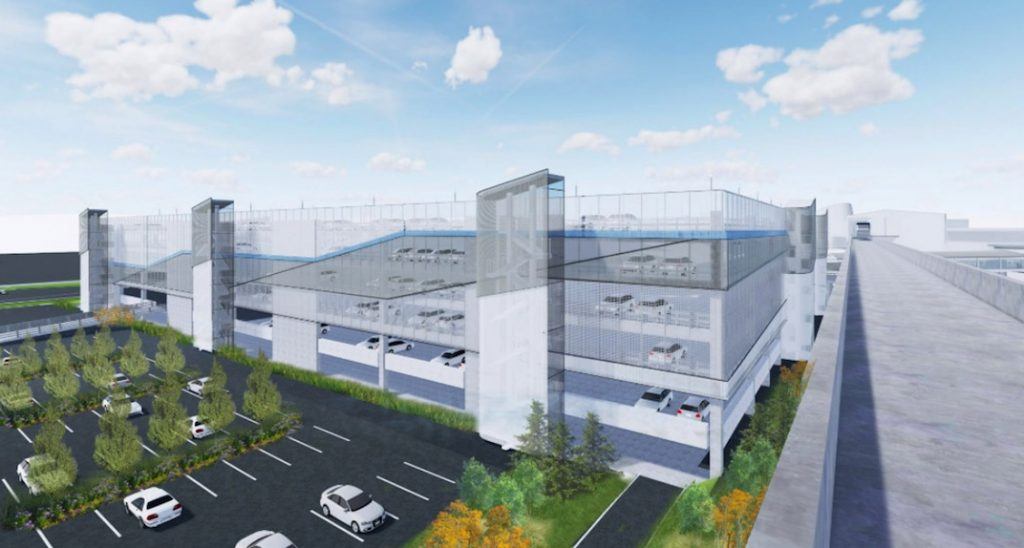 The new VLTL replaces the old Value Lot next to the parkade and YVR Airport Station, as the large site is set to become a new six-storey expansion parkade and a geothermal power plant with four backup power generators.

An official groundbreaking event this morning for the new parkade and geothermal plant was attended by Premier John Horgan. 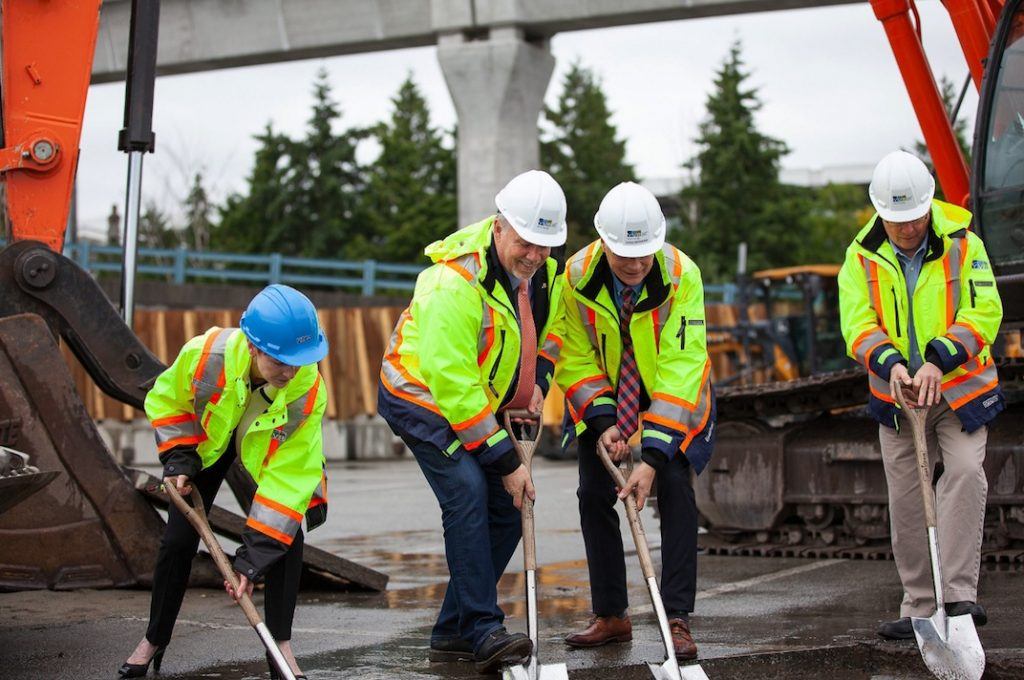 Premier John Horgan at the groundbreaking of the new geothermal power plant and parkade at Vancouver International Airport on June 14, 2018. (Government of BC)

The largest of the projects in the plan is the terminal building expansion of Pier D and F. The international terminal wing will be expanded west of Gate 64 to accommodate an additional eight aircraft, including four gangway contact gates and four bussing gates.

Pier D will build on the terminal building’s existing West Coast-themed interior design concept. Within the core of this new wing, there will be a ‘Gulf Island’ with real trees and vegetation next to an area with gates. While this area is sealed in by floor-to-ceiling glass, the area is not roofed, allowing rain and snow to come down into the centre of the terminal.

Other new terminal features include digital art and significant dining establishments and amenities. 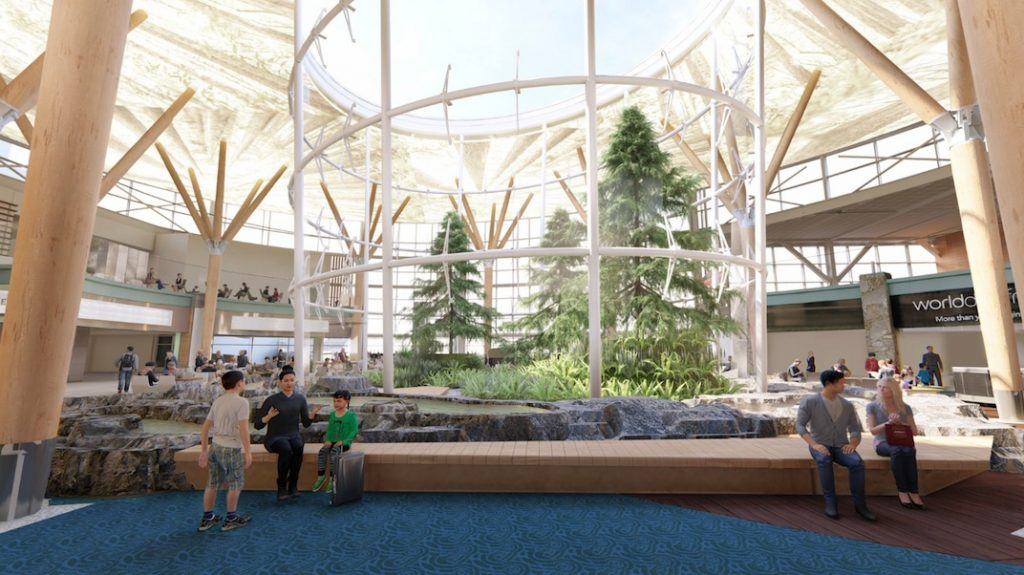 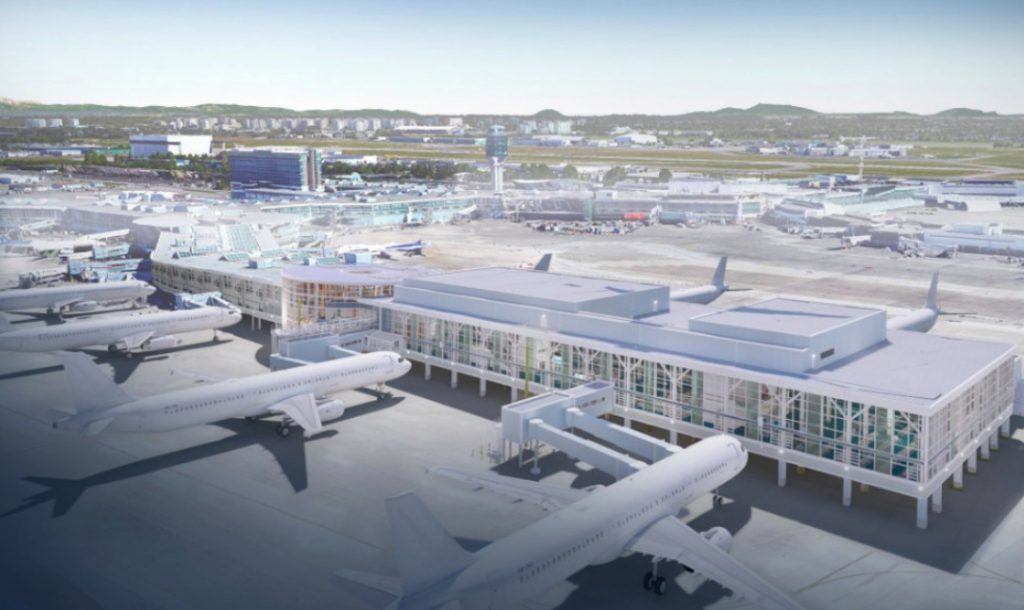 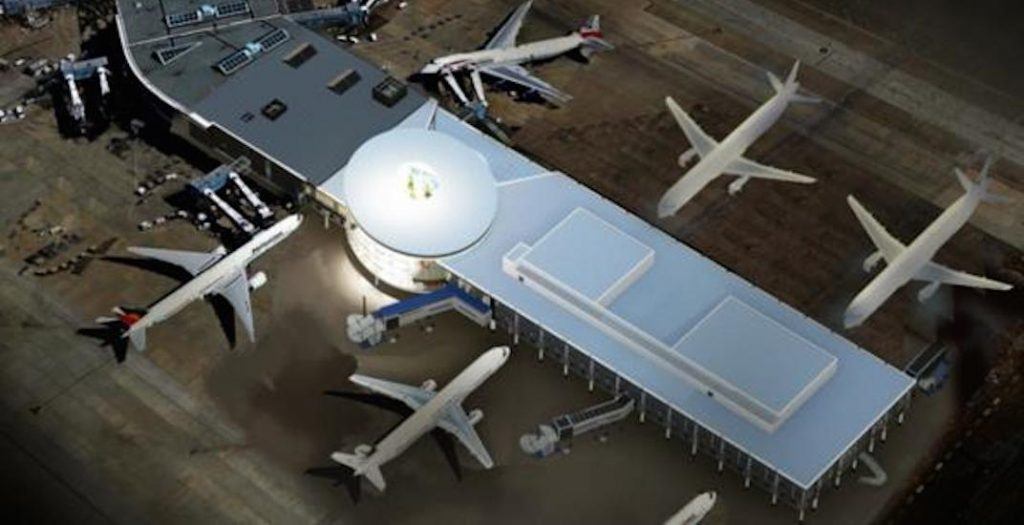 The construction of the larger Pier F wing – an eastward expansion of the international terminal’s existing transborder area between the Fairmont Vancouver Airport Hotel building and the current Jet Set parking lot – will follow shortly after.

Additionally, in order to rapidly provide the airport with much-needed gate capacity, YVR is undergoing a major expansion of its Remote Stand Operations (ROS). This system involves a plane parking on the tarmac – away from the terminal building – and transporting passengers between the terminal building and the plane by special airport buses.

A total of 10 new aircraft parking spaces for RSO will replace a large portion of the Jet Set parking lot east of the Fairmont Vancouver Airport Hotel.

Activity from the projects will create 2,500 full-time construction jobs at the airport by the end of the year.

The entire multi-billion dollar cost of the plan is self-funded by the Airport Authority through airline and passenger fees and non-aeronautical sources, such as the revenue generated by McArthurGlen Vancouver Airport Outlet Mall.