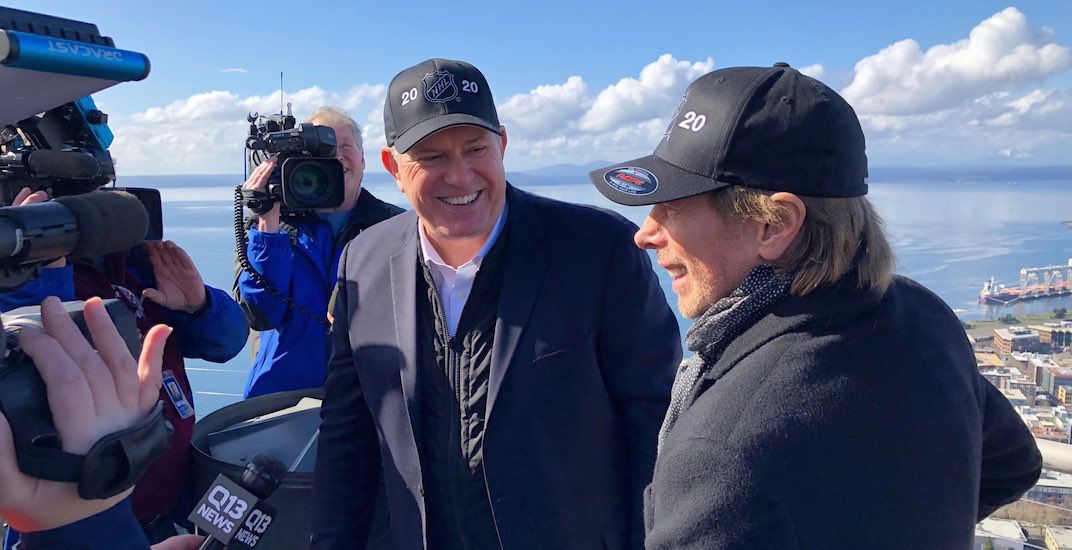 It’s bad enough that the Vegas Golden Knights already have bragging rights over the Vancouver Canucks during their first season in the NHL, but now Seattle is taking shots.

And they don’t even officially have a team yet.

Our future "Rival in the North", the @Canucks coming in HOT in @SI_NHL's latest power rankings at 28th out of 31 teams. 😟

It's cool though. You guys have a couple more years until we head up there.https://t.co/xRhf9sB4La

The Canucks are an easy target nowadays, currently sitting third-last in the NHL standings.

Expected to be officially awarded an NHL franchise in June, a new team in Seattle will likely begin play in 2020. They’ve already begun selling season ticket deposits, as fans snapped up 25,000 in one hour.

The Canucks have been supportive of Seattle’s efforts to get a team, consistently expressing their desire to have a geographical rival for the first time in team history.

That was greeted with smack-talk from Seattle mayor Jenny Durkan.

“The Canucks are excited to come here and get beat,” said Durkan back in December.

If the light-hearted jabs are a sign of things to come, a Vancouver-Seattle rivalry shouldn’t take long to materialize.