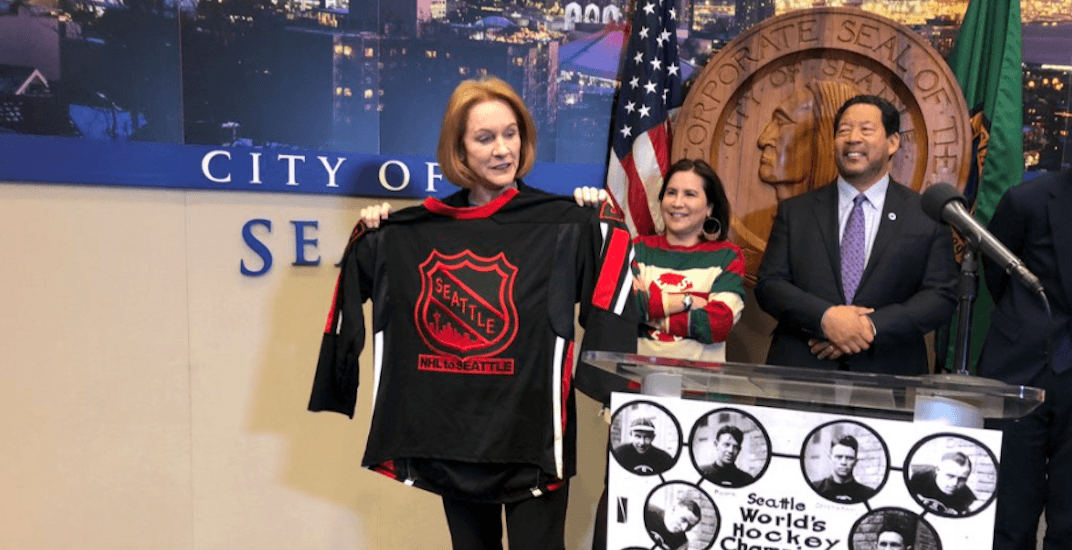 Fresh off approval for a new stadium in the form of a refurbished KeyArena, it’s good times in the city of Seattle right now.

The Emerald City has designs on acquiring an NBA and NHL franchise, with the latter appearing like a foregone conclusion.

“We are very happy to confirm the announcement that the NHL will allow Seattle to apply for a professional hockey franchise,” Seattle mayor Jenny Durkan said on Thursday. “It was a unanimous vote, and we think we’re going to be bringing hockey back to Seattle.”

The NHL announced that they would accept an application for an expansion franchise this week, and Seattle appears ready, willing, and able to pay $650 million for a new hockey team.

“We appreciate the NHL allowing us to file an application for expansion for Seattle and the new Seattle Center Arena,” said Tim Leiweke, the frontman for the group about to bring NHL hockey to Washington State. “We intend to file promptly. We look forward to launching a season ticket deposit campaign and demonstrating Seattle’s desire, interest, and intent on joining the National Hockey League.”

This is obviously great news for their neighbours up the I-5 Highway.

Vancouver has been cursed with the worst travel schedule of any team in the NHL since their inaugural season in 1970. They’ve been without a true geographical rival for 48 years. If Seattle gets a franchise like most everyone believes, they’ll be the first for Vancouver.

“For us, it’s a natural,” Canucks president Trevor Linden said Friday at the board of governors meeting in Florida. “To have a freeway rivalry would be great.”

“The Canucks are excited to come here and get beat,” newly elected Seattle mayor Jenny Durkan boldly said on Thursday.

This may have set a new record for earliest time of trash talk. I’m not sure anyone’s ever done it before getting a franchise.

But that’s how much of a done deal this appears to be. Seattle, given its population, prosperity, climate, sporting culture, and familiarity with hockey has always been a natural fit for an NHL team.

They’ve even won a Stanley Cup before, taking home the title in 1917, two years after the Vancouver Millionaires won it all.

People are already starting to pick their favourite franchise name.

The problem has forever been the lack of a suitable arena. KeyArena, as presently constructed, can’t fit an ice rink without having to fold up seats on one end of the arena.

But now with plans for a new arena, an ownership group with deep pockets, a supportive and trash-talking mayor, and an eager league – we should see an NHL team in Seattle by 2020.