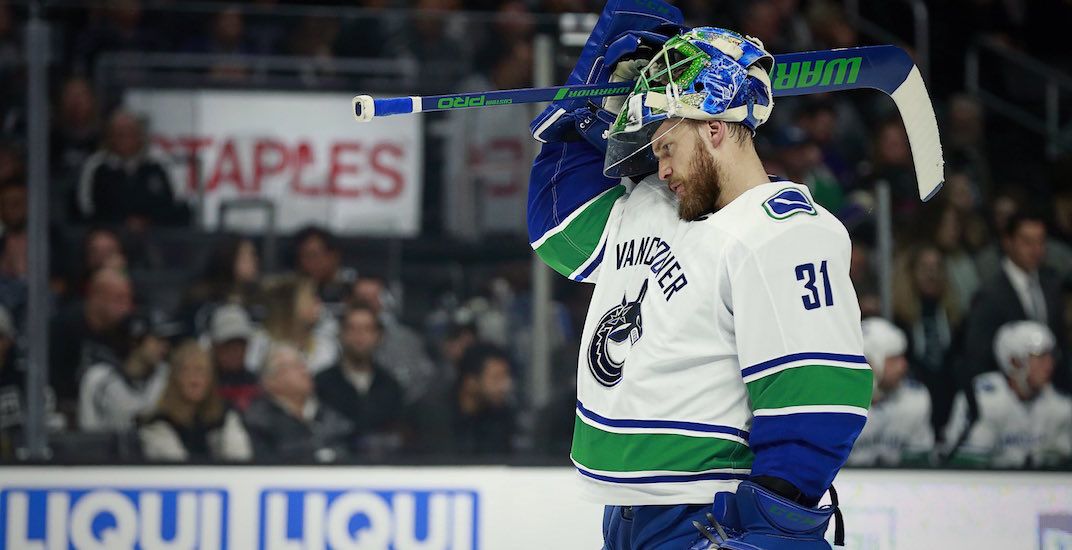 Well, this is awkward.

The Vancouver Whitecaps decided to run a contest for fans on Twitter during Monday night’s Canucks game. With the Canucks in Los Angeles for a game against the Kings, the Whitecaps figured it was the perfect time to promote their next home game against another LA-based team.

Our friends at the @Canucks play in LA tonight..

And we host LA Galaxy at home next Saturday, March 24…

So, we're thinking it's the perfect time to do a ticket giveaway 🙌

Every time the #Canucks score a goal tonight, watch our feed for a chance to win a pair! #VWFC

Sounds simple enough. Every time Vancouver’s hockey team scores a goal, the soccer team gives away a pair of tickets.

Alright guys – time to score some goals so we can give away some tickets 👊 Go #Canucks go! https://t.co/iCxKJxCPl1

Fans of both teams waited for a goal.

…and then they waited some more.

Unintentional or not, the contest ended up being a three-hour troll job.

Goalless through two periods, both teams kept the faith that one would come in the third.

Is that sarcasm? I can’t tell…

But surely Vancouver wouldn’t go two whole games without scoring a goal, would they?

Playing without a number of key players – most notably, Brock Boeser – scoring goals has become increasingly challenging for the Canucks of late. They wound up losing 3-0 to the Kings – their fourth loss in a row – despite generating 35 shots on goal.

And what about the soccer tickets? Well, the Whitecaps were forced to go to plan B.

We still wanna share the love, so RT these cute @Canucks fans for a chance to win a pair of tickets to our next home match (March 24) vs. LA!👍 #VWFC pic.twitter.com/kCtviuqtIJ

With 12 games left in the season, the Canucks are playing out the string as they move closer to the bottom of the NHL standings. The Whitecaps, conversely, have just begun their year with two wins in a row – scoring four goals.