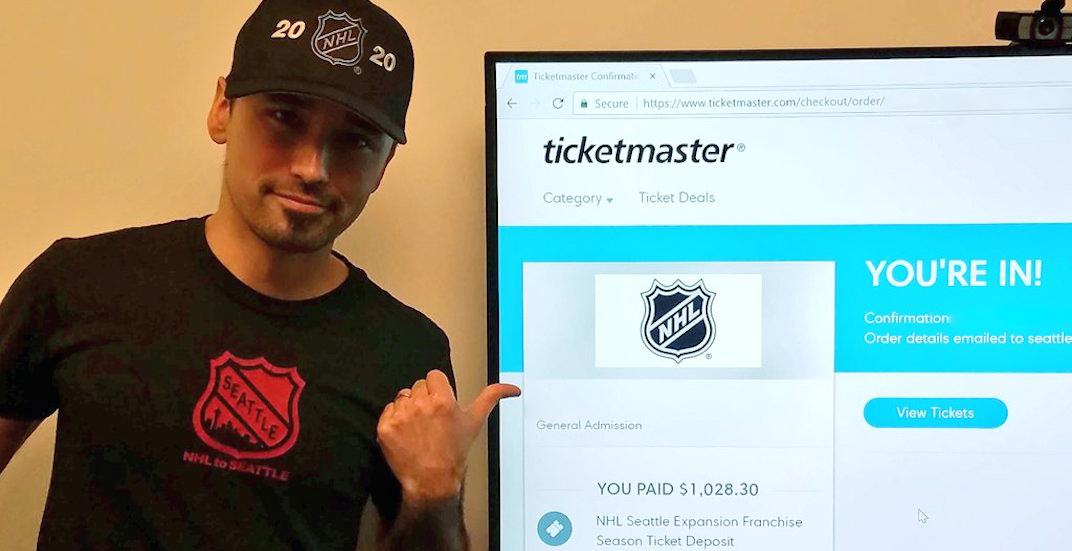 If there was any doubt remaining, it was emphatically quashed on Thursday morning, as the would-be expansion team began taking season ticket deposits. It’s the same process that the Vegas Golden Knights went through before getting a team, as the league gets a sense of the demand for NHL hockey in the marketplace.

The response was overwhelming.

Season ticket deposits went on sale at 10 am, slowing down the online ticketing system to a crawl. It even crashed at one point.

What else can we say?

We knew you were excited but the interest we're seeing is overwhelming — literally! The sites are slow due to this huge influx of traffic, but we are still accepting deposits. Keep trying and THANK YOU — you're making history!#NHLSeattle

Things are moving fast, as the NHL appears keen to add a team in Seattle. Seattle mayor Jenny Durkan met with commissioner Gary Bettman in New York in January, which came a month after the league announced they would allow the Oak View Group, led by former MLSE president and CEO Tim Leiweke, to apply for an expansion franchise.

It’s been less than three months since plans for an NHL-appropriate arena were approved and they’re already making NHL Seattle hats.

“It’s so exciting that we sold 10,000 tickets in 12 minutes. I think it would have been faster had the site not crashed and there’s still people in the queue,” said Jerry Bruckheimer, an investor with the Oak View Group, in an interview with Sportsnet’s Irfaan Gaffar. “We’re so excited that we get to bring my favourite sport to such a great city of Seattle.”

Barring something unforeseeable, it would be a huge surprise if Seattle doesn’t receive an NHL team at this point. The groundwork has been laid, most notably with a new $660 million renovated Key Arena ready to host a team by 2020.

“The competition between Seattle and Vancouver is going to be off the charts,” Bruckheimer added. “We got to wait ’til June until we get awarded a franchise by Gary Bettman and the owners, and hopefully that will happen.”