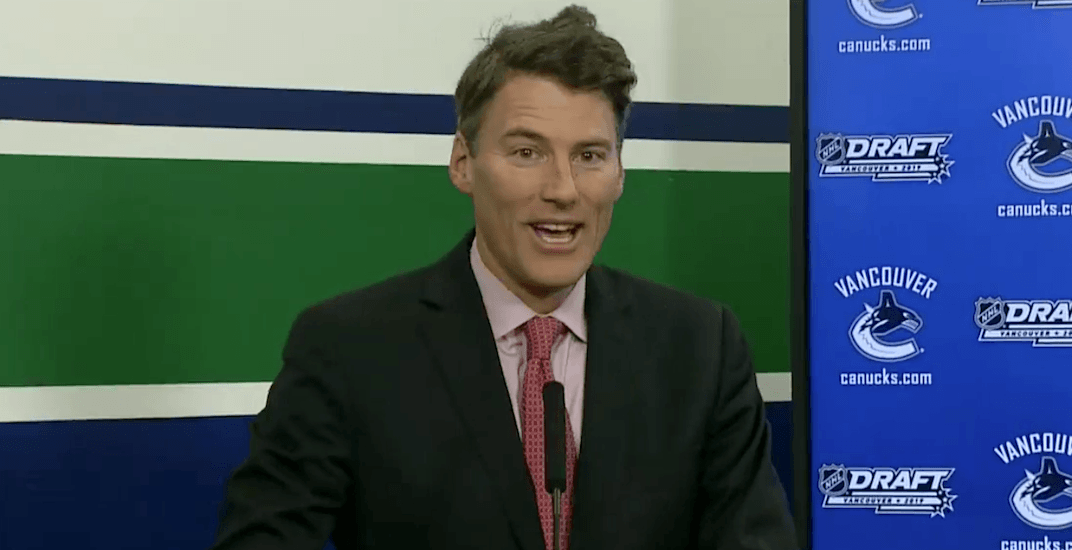 Anytime you get the NHL commissioner and the mayor of Vancouver in the same room, you know a big announcement is coming.

The worst kept secret in the city was made official on Wednesday, as Gary Bettman, Gregor Robertson, and Trevor Linden were on hand to officially announce that Vancouver will host the 2019 NHL Draft.

The two-day event, which will take place June 21-22 at Rogers Arena, will help the Canucks kick off their 50th anniversary season.

“The 2019 NHL Draft will provide another memorable moment for the Canucks and their fans while shining the spotlight on one of the world’s most scenic cities and serving as the starting point for so many NHL careers,” said Bettman.

“In addition to creating a special opportunity to our fans, especially Canucks fans, we also use thousands of room nights at hotels, and there will be lots of business for local restaurants and local stores,” added Bettman, estimating that the economic impact for Vancouver could be in the $8-10 million range.

To make things even more intriguing, many of the players drafted in at Rogers Arena will also have played in the 2019 IIHF World Junior Hockey Championships, which will take place in Vancouver and Victoria.

This will be the third time that Vancouver has hosted the draft, with previous events taking place in 2006 and 1990.

Ok, enough about that, what about Gregor?

“Congratulations to our home team, the Vancouver Canucks, on being selected to host the 2019 NHL Draft, one of the most highly anticipated events in hockey,” said Robertson.

As Gregor continued, fans watching on the Canucks’ Facebook Live broadcast found it hard to focus.

“The City of Vancouver looks forward to welcoming athletes and their families, international media and representatives from nearly every league worldwide to our city for this exciting event and to cheer on many young players as they start their careers,” the mayor continued.

But nobody was listening.

The Facebook Live comments were ablaze, with Canucks fans obsessed with the mayor’s hair.

Does Gregor have helmet hair????

Here’s a selection of some of the best comments from the Facebook Live broadcast: 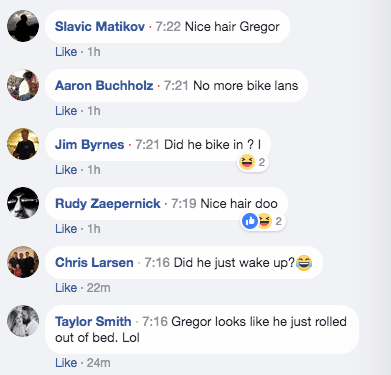 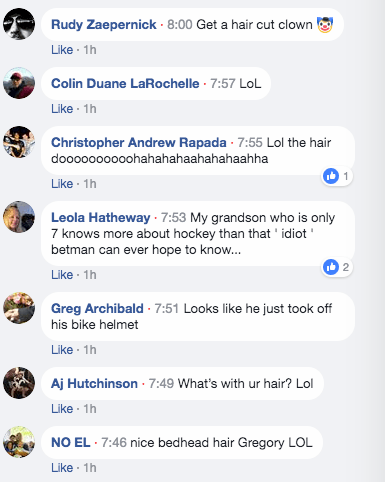 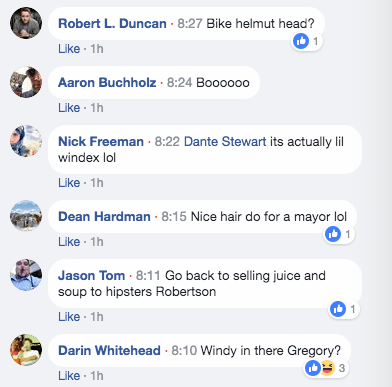 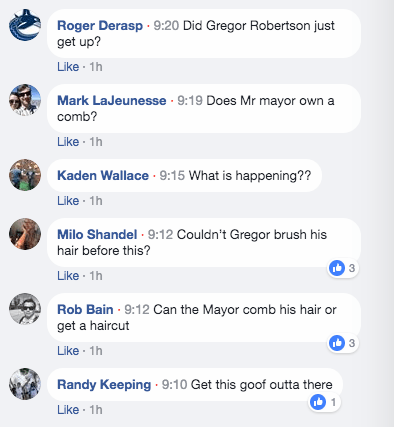 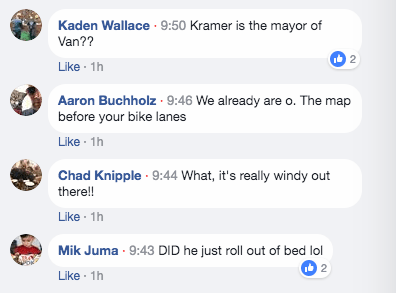 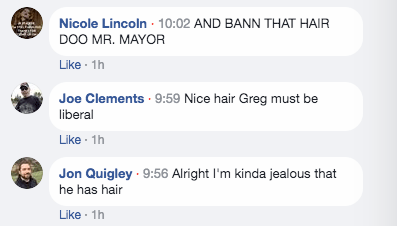