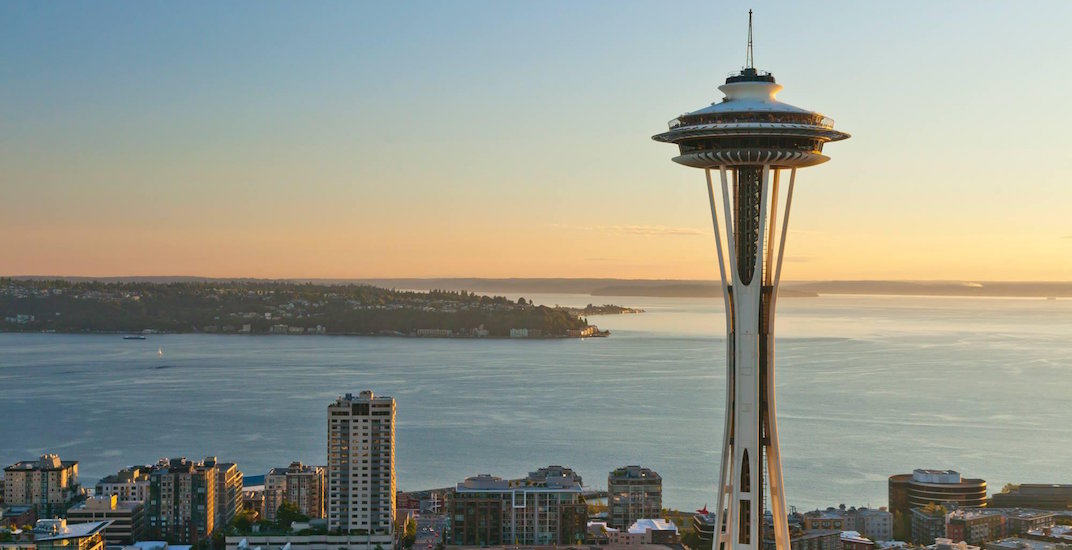 The NHL’s 32nd team could one day call Seattle home.

Speaking at the league’s board of governor meetings in Florida, NHL commissioner Gary Bettman answered questions regarding Seattle as a potential expansion team.

After years of debate, the wheels are finally in motion for a new arena in the Emerald City. Led by former president and CEO of Maple Leaf Sports and Entertainment Tim Leiweke, the Oak View Group will perform a $660 million renovation of KeyArena (the former home of the Seattle Sonics).

The new arena is being built with the intention of attracting both an NHL and an NBA team, with the former appearing more imminent.

On Thursday, Bettman confirmed that the door is open for Seattle, a city that has asked to file an application for a new team.

The NHL, which has long been rumoured to have interest in Seattle for their league, will allow the city to apply for an expansion franchise. They will also allow Seattle to conduct a season ticket drive to gauge interest, something that Vegas did before they got a team.

The price for a team has gone up though, with Bettman saying Seattle would have to pay $650 million fee – up from $500 million – to gain entry into the league.

The Oak View Group has said that they could have the arena ready to open by October 2020, which is when a new team could make their debut.

SEA: looking at 2020-21. Have asked to file application to expand. League has agreed and will allow a season-ticket drive. But Bettman says this is not guarantee of a team

A team in Seattle could have a significant impact on some Canadian cities.

For Vancouver, located about 200 kilometers north of Seattle, it would represent the first-ever geographical rival for the Canucks. Vancouver has traditionally had the worst travel schedule in the league.

Asked Canucks president Trevor Linden about the possibility/idea of an NHL team in Seattle and he said his organization "loves it." Says Canucks fans would love it. Natural rivalry. Canucks fully in support of it.

For Calgary, a Seattle expansion team represents one less relocation threat as they await a new arena plan.

And for Quebec City, it represents another missed chance to snag the expansion franchise they desperately want.

Bettman says he doesn't know where this leaves Quebec City other than to say right now they're only looking at Seattle for possible expansion. Points to geography and chance to balance the conferences

With 16 teams in the East and 15 in the West, adding a Western team makes a lot of sense to balance out the league. Quebec City might have to wait for one of the failing American teams to relocate for their next chance.