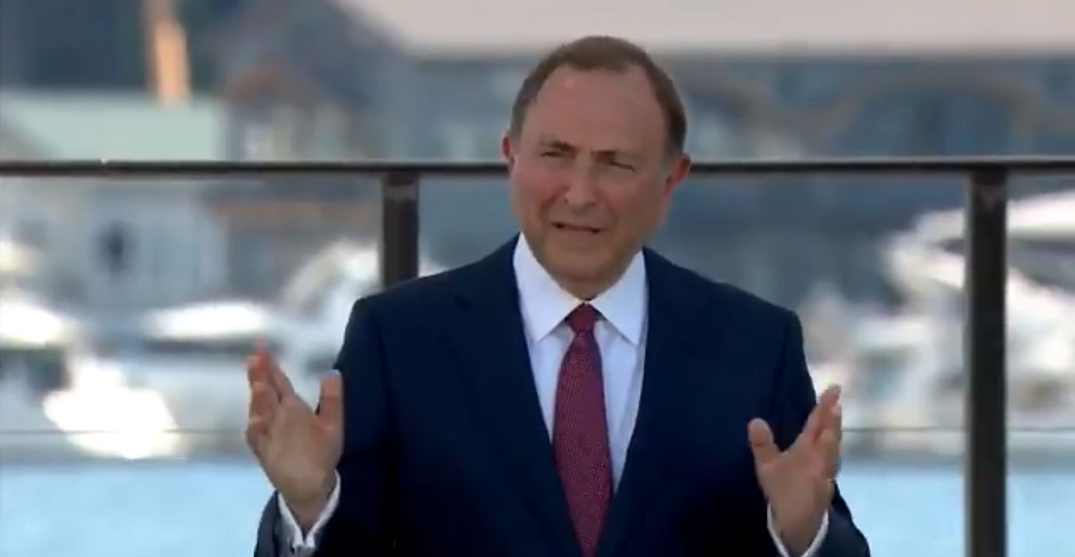 The Seattle Kraken may be the NHL’s newest team, but many of their supporters are showing that they’ve been lifetime hockey fans based on their reaction to Gary Bettman.

At Wednesday’s expansion draft, Bettman received his traditional round of boos from the Kraken faithful when he got on stage.

Celebrities with ties to Seattle, such as recording artist Macklemore and former Seahawks running back Marshawn Lynch, were on hand to announce some of the Kraken’s selections.

Seattle took 30 players in yesterday’s expansion draft, which was less eventful than it probably could’ve been. Every single one of the team’s 30 picks had actually already been leaked by the media earlier in the day.

The Kraken will play their first game this fall on the road on October 12 against the Vegas Golden Knights before their first-ever home game against the Vancouver Canucks on Saturday, October 23. The rest of the NHL schedule is set to be announced later today.