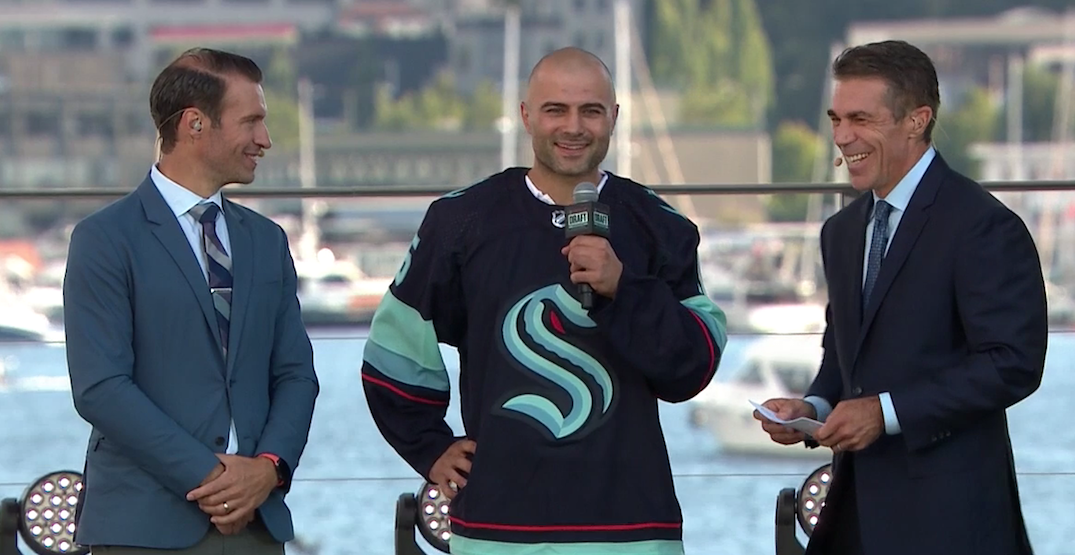 The Seattle Kraken already had a franchise, and now they have a team.

Seattle showed it was a hockey town right away, with fans on hand observing the time-honoured tradition of booing Bettman.

As for the picks, there wasn’t much suspense, as every single selection was leaked to the media earlier in the day. Kraken GM Ron Francis chose to pass on a number of high-priced players available like Carey Price, Vladimir Tarasenko, Ryan Johansen, Matt Duchene, P.K. Subban, Max Domi, and James van Riemsdyk. He did pick former Norris Trophy winner Mark Giordano, who joins Seattle from the Calgary Flames.

Here are the 30 players picked by the Kraken today: