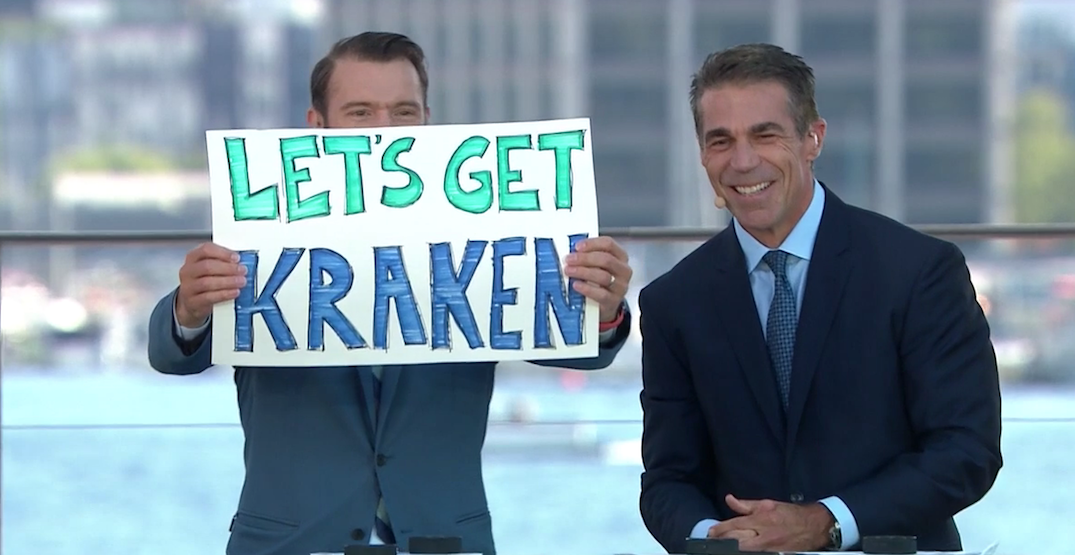 The NHL isn’t wasting any time to begin its new west coast rivalry.

The Vancouver Canucks will play in the first-ever NHL game held in Seattle, at the Kraken’s home opener on Saturday, October 23. The game will be played at the brand-new Climate Pledge Arena, in the shadows of the Space Needle at Seattle Center.

The announcement was made at Gas Works Park in Seattle today, as the Kraken revealed the names of 30 players added to its roster in the expansion draft.

The Kraken will actually begin their inaugural season on the road, with their first-ever game coming October 12 in Las Vegas. The NHL plans to release full details of the 2021-22 schedule on Thursday.

Seattle is eagerly awaiting the debut of the Kraken this fall, but are Canucks fans in Vancouver, who have never had a true geographic rival. Seattle should expect a large contingent of Canucks fans to make the trip down the I-5 for the historic game.